The original Lt. Uhura has made her final journey beyond the stars. Sci-fi legend Nichelle Nichols reportedly died Saturday evening. She was 89.

As reported by CNN, a statement released by her son said Nichols died of natural causes. She had previously been diagnosed with dementia.

“Her light, however, like the ancient galaxies now being seen for the first time, will remain for us and future generations to enjoy, learn from, and draw inspiration,” Kyle Johnson said. “Hers was a life well lived and as such a model for us all.”

Few people have had as wide an impression across industries as Star Trek’s Nichelle Nichols. Her portrayal of the iconic Lt. Uhura paved the way for other strong Black characters in the Star Trek universe, including Lt. Commanders Geordi La Forge, Worf and Tuvok. In 2017, she appeared alongside Sonequa Martin-Green at the premiere of “Star Trek: Discovery.” 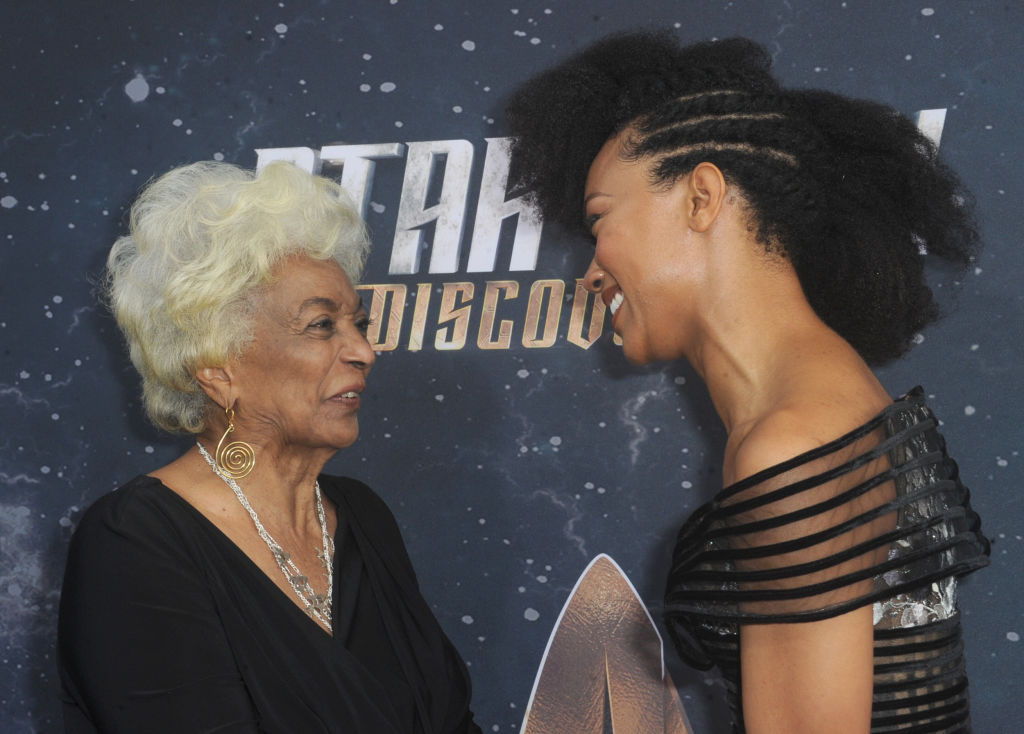 Nichelle Nichols was a “Woman in Motion”

Professor Chanda Prescod-Weinstein, author of “The Disordered Cosmos: A Journey Into Dark Matter, Spacetime, and Dreams Deferred,” pointed out Nichols’ 1967 Ebony cover. She leveraged her position as Lt. Uhura, the first Black astronaut on television, to push NASA in real life.

In 1977 she formed Women in Motion and helped NASA expand its diversity by recruiting more than 8,000 people of color into the ranks. A documentary of a similar name, “Woman in Motion,” highlighting her work, is streaming on Paramount+ and Vudu.

She not only helped diversify sci-fi, but she also lent her talents to NASA, helping to recruit future astronauts like Ronald McNair and Mae Jemison. Jemison, the first real-life Black woman astronaut, said that as a little girl seeing Nichols inspired her to want to enter the U.S. space program. 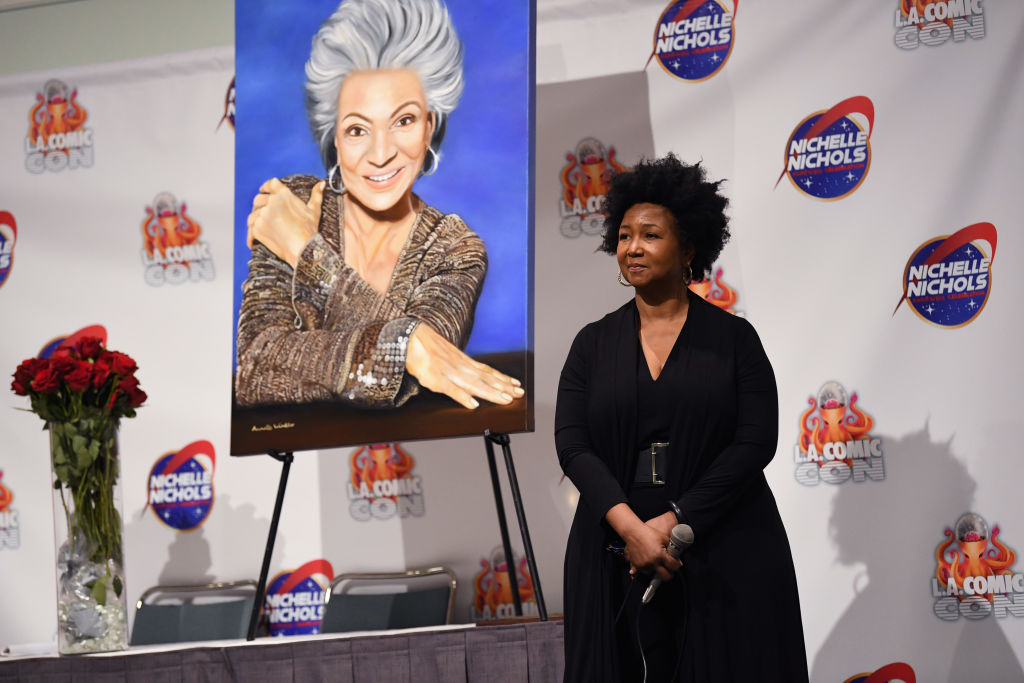 Nichols was honored by NASA last December. As previously reported by NewsOne, NASA awarded her the Exceptional Public Achievement Medal. She received the agency’s Public Service Medal in 1984.

She was also a triple threat in entertainment

Before Lt. Uhura journeyed with her crew to “boldly go where no one has gone before,” Nichols graced the theater stage. She was a talented dancer, actor, and singer, reportedly discovered by Duke Ellington at the age of 15.

Nichols starred in productions of “Porgy and Bess,” “The Blacks” and “Kicks and Company.” She received nominations for the Sarah Siddons Award for Best Actress for both.

Screen Rant said show notes from Star Trek’s second season mentioned that Lt. Uhura was popular for singing. In one episode of the original Star Trek series, Nichols showed off her skills alongside Commander Spock, played by Leonard Nimoy, accompanying her on the Vulcan Lute.

She also had an enticing scene in Star Trek V: The Final Frontier.

Meeting Dr. King changed the course of her career

Early in the series, Nichols considered quitting her role as Lt. Uhura. But a chance encounter with Dr. Martin Luther King Jr. made her reconsider. In a 2011 NPR interview, Nichols said that the late civil rights leader kept her from leaving the show.

Nichols said she met King at an NAACP event, and he introduced himself as her greatest fan.

“He complimented me on the manner in which I’d created the character,” she told NPR. “I thanked him, and I think I said something like, Dr. King, I wish I could be out there marching with you. He said, no, no, no. No, you don’t understand. We don’t need you on the – to march. You are marching. You are reflecting what we are fighting for.”

Nichelle Nichols inspired many to dream and believe beyond our surroundings and humble beginnings. Now Nichols has transitioned to divine inspiration and honored ancestor.