BATON ROUGE, La. — The two men responsible for resurrecting Jackson State’s moribund football program had their arms wrapped around each other’s shoulders as they sang the school song after a thrilling win over Southern University.

Coach Deion Sanders, making his first appearance on the sideline in a month because of complications from toe surgery, was hired to return the program to its glory days.

Athletic director Ashley Robinson, the man who hired Sanders, has given him the latitude to run a disciplined program as he sees fit.

Strangers when Robinson first pursued Sanders last fall, they now refer to each other as brothers.

Jackson State can refer to itself as a champion after quarterback Shedeur Sanders, the coach’s son, threw two touchdown passes in the final five minutes to clinch the Southwestern Athletic Conference (SWAC) East Division. 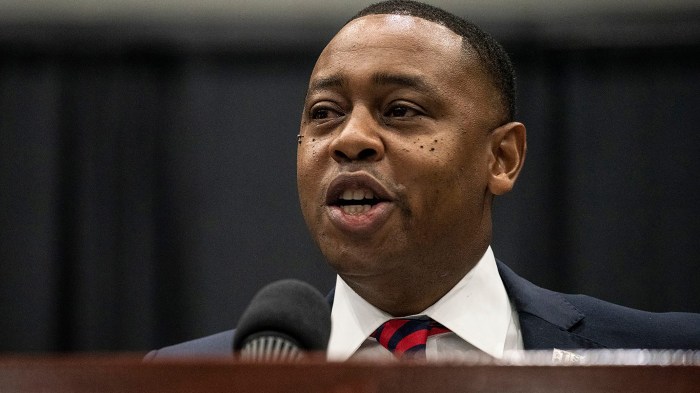 Safety Shilo Sanders, the coach’s other son, clinched the 21-17 win with an interception.

Jackson State (9-1) will play the West Division winner on Dec. 4 in the SWAC championship game against Alcorn State or Prairie View. The winner advances to the Cricket Celebration Bowl against the Mid-Eastern Athletic Conference champion on Dec. 18.

Jackson State will be making its first appearance in the championship game since 2013. The Tigers haven’t won it since 2007.

This is why Robinson hired Deion Sanders and gave him the autonomy to create a program in his own image.

After going 4-3 last spring, including a forfeit win over Alcorn State that ended a three-game losing streak, Deion Sanders knew he had to significantly increase the roster’s talent.

He did it by signing the best class among FCS schools, highlighted by Shedeur Sanders, a four-star quarterback.

Shedeur Sanders has lived up to the hype and has 30 touchdown passes with only five interceptions this year.

He threw touchdown passes of 13 and 50 yards to wide receiver Malachi Wideman in the last four minutes.

Shedeur Sanders avoided a sack and completed the game winner to Wideman with 1:31 left, earning a hug that lasted nearly a minute on the sideline with his father.

Coach Sanders also used the transfer portal to fortify the defense, which leads all FCS schools with 44 sacks. 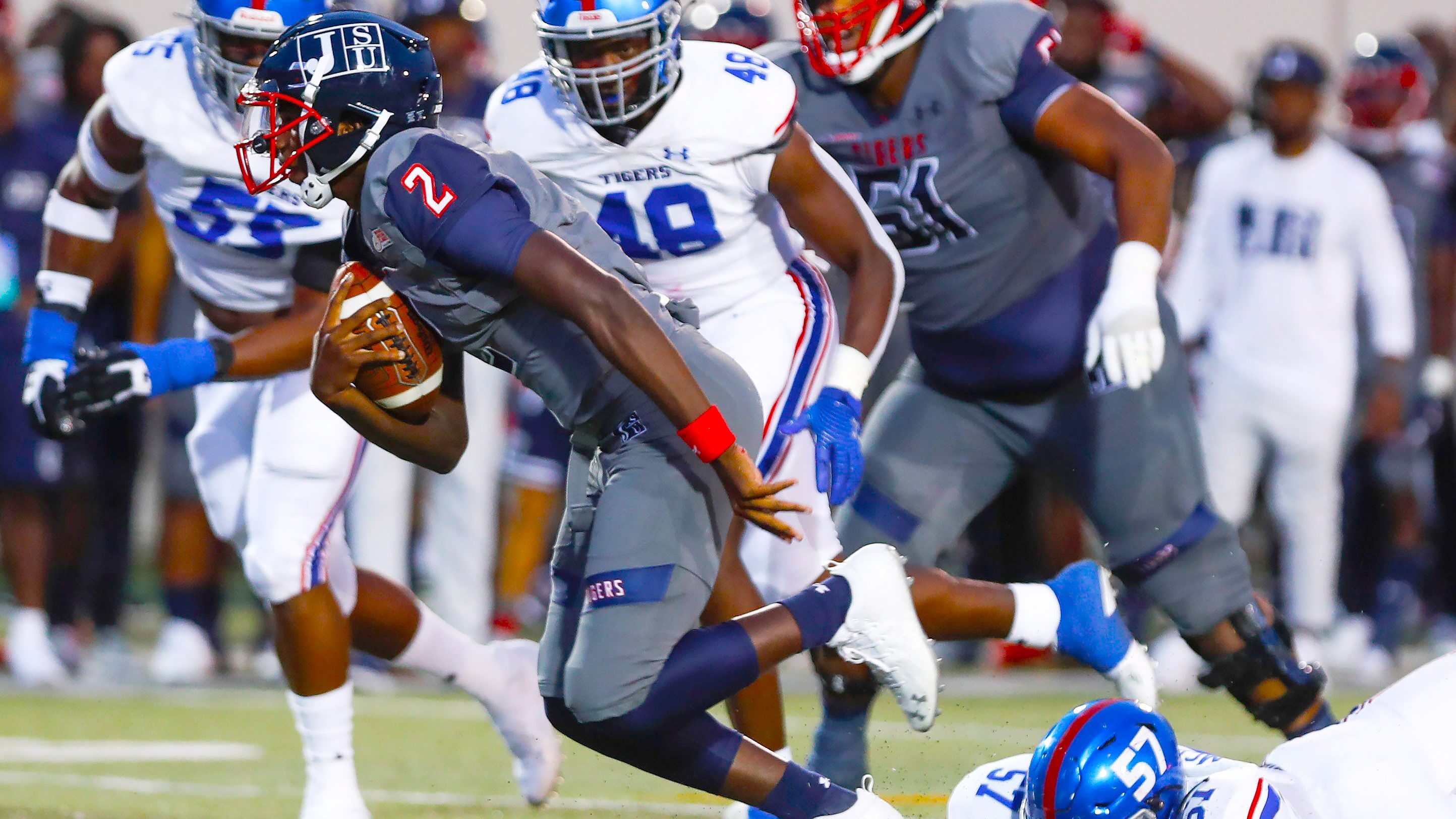 Jackson State has the SWAC’s best defensive end in James Houston, who is going to be a candidate for defensive player of the year with 11.5 sacks and 16.5 tackles for loss.

Still, this program is all about Coach Sanders and the standard he has set.

His return to sideline Saturday in a motorized scooter that kept his legs elevated, was unknown to most until Jackson State arrived at Southern at about 4 p.m.

He rode the scooter to midfield to watch the first portion of pregame warmups. He spent the rest of the time in the end zone surrounded by the video team documenting every aspect of Jackson State’s season and security.

During the game, he stayed out of the way at about the 30-yard line opposite of where the ball was, so he was never in danger of getting knocked off his scooter.

Between possessions, he used security to create a lane for him to move down the sideline quickly.

The same security provided a lane for him to greet Southern interim head coach Jason Rollins and shake his hand.

Talking to all athletes, Olympian John Carlos says ‘it’s time for us to wake up’ —