Why my HBCU dream school might not be possible for me

I just got into my dream school — Howard University — but I’m afraid I won’t be able to go.

You wouldn’t believe how I ugly cried when I got the news of my acceptance from the historically Black institution otherwise known as “The Mecca.” My aunt was on the phone with me; I had called her so we could pray together as I checked my decision email from Howard.

I had already been accepted early admission — and with full scholarships — into a few elite predominantly white institutions (PWIs). But the Howard U letter hit differently.

After all these years of microaggressions, racism, and resistance in majority-white public schools, my heart yearns for all the Black excellence and affirmation a Historically Black College & University (HBCU) would provide.

But my heart and my bank account are two different things. And without a newfound and widespread commitment to investing in HBCUs, talented Black students will continue to miss the rare educational experience Howard and other HBCUs provide.

Despite all of the finger-wagging and false narratives out there about my generation, so many of my Black peers are tired of acting like white is right and we should take whatever we can get in institutions that were not built for us. We have spent so many years in educational institutions, code-switching or contorting ourselves to protect the comfort of others. We have been isolated and denied opportunities to build community and our Black identity.

As a student leader with a 4.4 GPA, I was told repeatedly by my school that I could not start a Black Student Union because it would be too divisive. It was not until I found TeenSHARP, a college prep program centered around preparing Black and Latinx students for top colleges and community-centered leadership, that I found a community of students of color who are excellent, unapologetic, and demanding more.

In that pursuit of more, I even co-founded a statewide coalition of Black students — the Delaware Black Student Coalition.

But what if the “more” that I desire comes with too high of a price tag? As a low-income student coming from a single-parent household, I cannot afford to cover the gap that Howard University expects of me — and I am wary of excessive debt.

After all of the work Black students put in to earn our place on college campuses, we graduate with a bachelor’s degree and default on loans at a rate five times the rate of our white peers. Black women amass by far the most amount of debt in their pursuit of a college degree. With Black women getting paid 62 cents for every dollar paid to white men and the massive Black-white wealth gap, leaving college saddled with debt seems like a high price to pay for my dream school.

This is not a Howard University issue. These sets of choices are dictated by a cruel system of public disinvestment in HBCUs in spite of their outsized impact in the Black community and America overall. For example, one of the predominantly white colleges that has offered me a full scholarship and no loans has an endowment valued at $2.1 billion.

Howard University has the largest endowment among HBCUs valued at $693 million and the total endowment value of all 100 HBCUs is about $3.4 billion. HBCUs have also seen a serious decline in federal support. It’s reflected on the philanthropic side, too. In my home state, for instance, our local HBCU, Delaware State University, recently received a $20 million donation from MacKenzie Scott its largest donation by far. Meanwhile, the largest donation for a school like Johns Hopkins was $1.8 billion.

Instead of all of the corporate kowtowing and sweet nothings in the wake of George Floyd and Breonna Taylor’s murders, imagine if there was an outpouring of philanthropic support for HBCUs and the students who rely on them. What if Congress rallied behind President Joe Biden’s $70 billion plan to invest in HBCUs and went even further to level the playing field.

Then after that, imagine President Biden and Congress got behind canceling $50,000 in student loan debt to let HBCU graduates truly be great. State legislatures can also do more to invest in HBCUs and create more last-dollar, gap closing scholarship opportunities for students like me.

In the end, I’m trusting that I’m going to end up in the Howard Class of 2025. I’m applying for scholarships, leaning on my faith, networking with Howard students and alums, and putting positive energy out into the universe.

But this is much bigger than me. It’s about the many talented students who have limited means and HBCU dreams. We can kick-start a new era where HBCUs, their students, and their alumni will get the resources and the respect they deserve. And I cannot wait to see it. 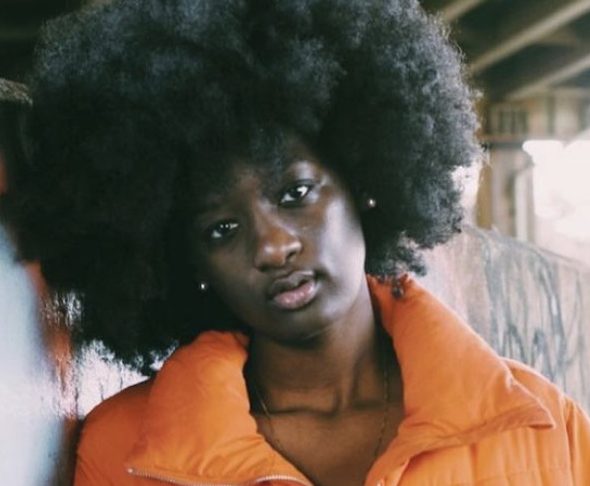