The meeting between Johnson and Garland comes as President Joe Biden is overseas in Asia to meet with leaders on matters of foreign policy. Before leaving the country, Biden made a trip to Buffalo to deliver remarks, and meet with the victims of the massacre at a local Tops Friendly Market. 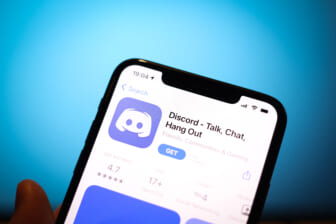 Sources with direct knowledge of the Friday meeting between Garland and Johnson told theGrio that the top agenda item was determining strategies to place more teeth on anti-hate actions and laws to enforce against a person or group perpetuating hate against Black Americans in the wake of last week’s deadly grocery store shooting.

In an official statement prior to the meeting, the NAACP, the nation’s oldest civil rights group, said that Johnson and Attorney General Garland would discuss the “spread of white supremacy across social media platforms and hate crimes tearing through Black communities across America.”

In the immediate aftermath of the deadly shootings, the DOJ launched a hate crime investigation. There’s no word on when and what types of charges the department will level against Gendron, who was indicted by a grand jury for first-degree murder.

From the evidence that has been so far described by authorities, the shooting was premeditated and derived from the ideology of the Great Replacement Theory — the idea that Black people, immigrants and minorities are taking jobs and opportunities away from white people in the United States.

Sources tell theGrio that the White House is working to potentially set up a meeting with Reverend Al Sharpton and other civil rights leaders when the president returns from Asia. 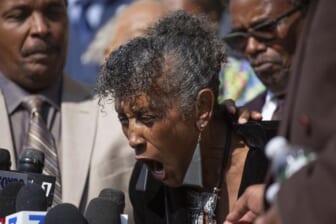 Reverend Sharpton, while in Buffalo, New York Friday morning, spoke to theGrio by phone, emphasizing that he is calling for action on guns and hate crime laws.

The civil rights leader and television host, like Johnson, is focused on laws that would stop and or severely punish hate on all platforms, including social media.

Sharpton said when it comes to guns, there should be a ban on “magazines” that hold ammunition rounds. He also wants to see the government crackdown on illegal guns and ammunition purchased out of state. Sharpton believes there should be a particular focus on investigating those participating in wholesale gun transactions.

Sharpton said he is awaiting a response from the White House on his request for a presidential meeting.

White House Press Secretary Karine Jean-Pierre addressed the public calls for tougher gun control laws in the aftermath of Buffalo and countless other mass shootings and deadly gun violence across the country.

Jean-Pierre noted President Biden’s “comprehensive strategy” to combat gun crime, including funding for law enforcement agencies and community-based organizations that focus on crime prevention, as well as targeting the issue of gun trafficking.

In response to civil rights leaders calling for new gun crime laws, the presidential spokesperson said, “the president continues to urge Congress to act to pass universal background checks, to keep guns out of the wrong hands, and to renew a ban on assault weapons and high-capacity magazines to keep weapons off our streets.”

The fight for stricter gun laws has not been easy over the decades due to the financial and political influence of the national gun-rights lobbying organization, the National Rifle Association (NRA).

Jean-Pierre admitted that achieving these goals and preventing incidents like the Buffalo massacre “is not going to be easy.”

“[President Biden] understands that,” she said, “But he’s going to continue to work very hard to make that happen.”