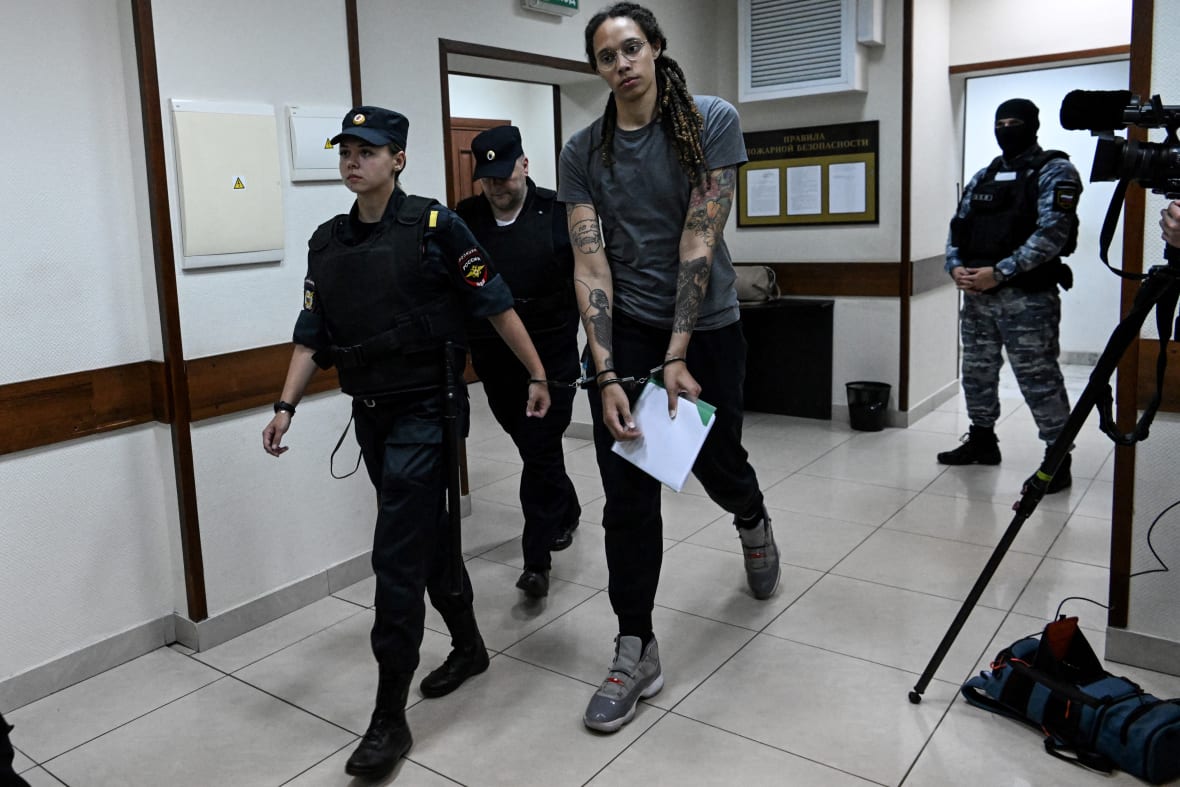 The White House was abuzz with activity Wednesday, the day before Brittney Griner would be released from Russian custody after being wrongfully detained. “We knew something big was going to be announced,” White House senior advisor and director of public engagement, Keisha Lance Bottoms, told theGrio.

At the time, Bottoms did not know what it was. But she, and then later the world, would learn of Griner’s long-awaited freedom. The former mayor of Atlanta revealed, upon learning of the successful negotiation to bring the two-time U.S. Olympic gold champion home, that White House officials feverishly worked overnight ahead of Thursday’s announcement to ensure Griner’s safe return after enduring what the Biden administration has repeatedly said was an unlawful detainment for ten months.

Now, at least for a moment, White House staff can breathe a sigh of relief. “I stepped on campus around 7:15 this morning, and it has been a wonderful day. Lots of smiles,” said Bottoms. “The West Wing’s a pretty quiet place. You heard an eruption of cheers.”

Griner was freed in a prisoner trade for Russian national Viktor Bout, an arms dealer who was convicted in a U.S. court in 2011 for conspiring to kill Americans.

While Griner’s imprisonment had become international news, with coverage often focused on her superstar status, Bottoms sought to humanize what the WNBA basketball player had endured. 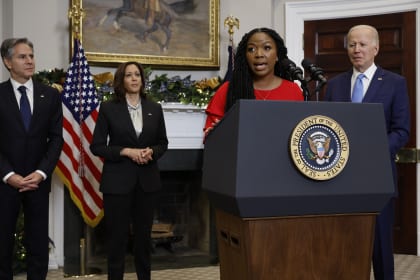 “This is an African-American woman who got up [and] went to work to do what so many people in our community and across the country do every day. Go do a job [and] make a living, so that you can support your family. And she was unlawfully detained in a foreign country,” said Bottoms.

The Biden administration initially wanted to downplay the detainment so that Griner would not be viewed as a celebrity and to prevent her from being used as a political pawn by Russian President Vladimir Putin and his government. Ultimately, Griner was found guilty of smuggling drugs for a small possession of cannabis, and the White House changed its stance by speaking out more publicly about the case.

Organizations like the WNBA, NBA, and the LGBTQ+ community, among others, unyieldingly advocated for Griner’s release and sought to add more pressure on the White House to do all that it could to bring her back to the United States.

John Kirby, a spokesperson for the National Security Council, told theGrio that Putin would only bargain for Griner with Bout, who has been nicknamed the “merchant of death.” The 55-year-old former Soviet military officer was serving 25 years in prison for his crimes, including acquiring and exporting anti-aircraft missiles and supporting a terrorist organization.

“Mr. Bout was an arms dealer and a very violent man and was rightfully convicted of crimes and put in jail,” said Kirby. However, the rest of his sentence has been commuted “in an act of clemency” so that the United States could get Brittney Griner home.

“For the Russians, it was about Bout. And they weren’t willing to talk to us about Paul Whelan in relation to this exchange. It was all about Britney for Bout,” he explained. 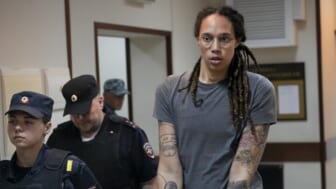 Asked if the release of Bout included him being prohibited from coming back to the United States, Kirby declined to divulge the details of the release.

As Griner’s family, fans, and supporters celebrate her return home, Bottoms reminds, “we cannot overlook that when the president of the United States gives his word to the African-American community, to the LGBTQ community, to people across this country, and he says, I’m going to do what I can to help you, then that matters – this is an example of that.”

The president has not yet arranged a time to invite the Griners to the White House so that the president, Vice President Kamala Harris, and others, can meet with Brittney. The focus now for the president, said Bottoms, is to make sure that she is reunited with her family and receives “the care she needs.”

“This has been a very traumatic process. So the president is going to give them as much time as they need before an ask is even made,” said Bottoms. “Right now, we’re just happy that she’s about to be reunited with her family.”