When it comes to graduating Black players, S.C. State and Jackson State are just as good as teams in College Football Playoff —

As unrealistic as it is that historically Black football programs South Carolina State and Jackson State will play the likes of Alabama or Michigan for the national championship, they do go toe-to-toe with the most powerful and endowed predominantly white schools when it comes to graduation rates of Black athletes.

In my 26th annual Graduation Gap Bowl, S.C. State and Jackson State had NCAA Graduation Success Rates (GSR) of 87% and 85% for Black players. That is on par with the 94% for Black players at Michigan, the 84% at both Alabama and Cincinnati, and smokes the embarrassing 55% at Georgia.

Those rates at Jackson State and S.C. State are doubly impressive because historically Black college and university (HBCU) athletic departments have a fraction of the resources of predominantly white institutions (PWIs). Georgia’s athletic department staff directory has 25 people listed under student services — the vast majority involved in academic support. Alabama has 16 staffers listed under academics. Cincinnati lists 12 in academics. Michigan lists 11 under its academic success program. 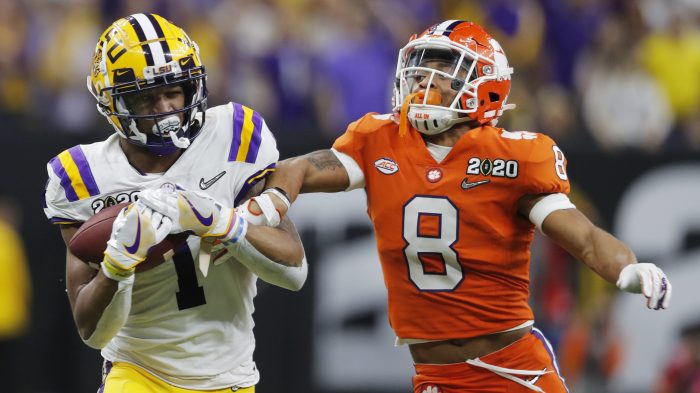 That sole person, Melissa Dawson, executive associate athletic director of compliance and academic services, told me in an interview, “Sometimes, I wonder how we’re doing it.”

They do it, she said, by creating a culture that compensates for lack of resources, as athletes utilize the same pool of tutors available to all students. “It’s just constant communication,” she said, the day before S.C. State beat Jackson State 31-10 in the Cricket Celebration Bowl.

“It’s the five-minute hallway conversation. It’s making it clear to them they can ask questions and ask for help if they need it. It’s those conversations that help them see the big picture down the line of why they need to get their education,” Dawson said. “It’s not about how many people you have on your academics staff. It’s how you affect the students.”

It is also about how S.C. State decided to transform itself. Eight years ago, the football program harbored a 43% GSR. Theoretically, a sports program is at risk of a postseason ban by the NCAA if it harbors a chronic graduation rate significantly under 50%. HBCUs account for the vast majority of athletic programs annually banned for postseason play by the NCAA. Usually, the penalties are a de facto racist punishment for poorly resourced HBCUs taking on the most challenged student-athletes — because many are first-generation college students — while many PWIs with mediocre Black graduation rates are able to balance them with high percentage rates for white players.

For instance, of the 84 bowl teams, 51 have white GSRs of between 90% and 100%. Only nine programs have the same range for Black players.

Dawson, who arrived at S.C. State a year and a half ago, could not address exactly why the program did so poorly back then, but she could attest to the atmosphere that exists now. She talked about a campus where interim president Alexander Conyers is seen frequently at practices of the sports teams, visiting dorms and the student center.

“The message that education is important goes from the top down to deans, deans to advisers, advisers to professors,” Dawson said. She said when athletes come to her with academic questions, she avoids preaching an answer. Instead, she flips the questions back to the athletes to help them take ownership of the answers. A result, she said, is witnessing athletes beginning to plan for life beyond football. She knows there’s been a shift when she hears student-athletes talking about starting businesses or becoming teachers and engineers. 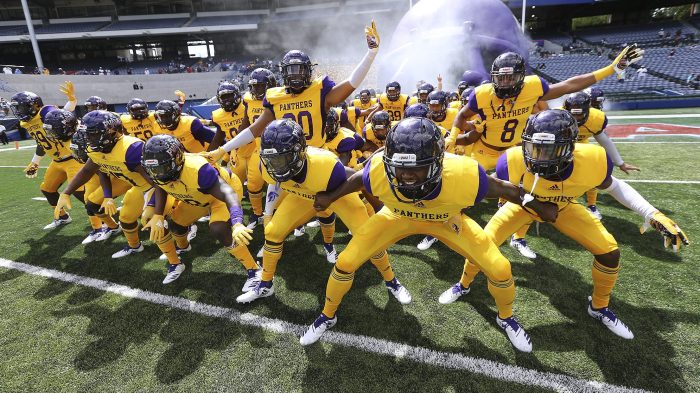 “You don’t want to unnecessarily take away any dreams a student-athlete might have of going pro,” Dawson said. “But you want to get them to understand that education is like a cake. When you make a cake and you eat the cake, it tastes pretty good. If you get to be pro, that’s the icing. But the cake’s still good without the frosting.”

There is a decent amount of frosting in this year’s Gap Bowl. I began the bowl at a time when most of the top programs didn’t consistently stress good academic performance by players, barely caring if they graduated. Under years of public pressure and attempts at reform, many of the top-ranked teams in the bowls at PWIs have chosen to use their resources to make sure football players leave campus with more than some victorious memories, injured bodies and concussions.

Along with high graduation rates for Black athletes at No. 1 Alabama, No. 2 Michigan and No. 4 Cincinnati, several other teams in the Associated Press’ final top 25 rankings had Black GSRs of at least 80%: Notre Dame, Baylor, Utah, BYU, Pittsburgh, Clemson, Wake Forest and Kentucky. Just as important and positive: Most of those schools have small racial disparities of under 10 percentage points between the graduation rates of Black and white players.

But the NCAA has no rules to hold schools accountable for racial disparities. I think schools such as Liberty, Oregon, LSU, Army, Ole Miss, Miami, West Virginia and Appalachian State shouldn’t even be allowed to play in the bowls with Black GSRs that trail white teammates by between 30 and 50 percentage points. Other schools that should be under scrutiny with at least a 20% points gap were Georgia, Mississippi State, Oklahoma, Houston, Arkansas, Texas A&M, Fresno State, East Carolina, UCLA, Virginia and North Carolina.

The Black GSRs of 50% at Liberty, 52% at LSU, 55% at Georgia, 56% at Fresno State and 58% at Army are even more ridiculous considering their obvious resources. LSU’s athletic department boasts more than two dozen people on its academic affairs and educational support teams.

Dawson, who has worked in academic support at Power 5 schools such as Kentucky and South Carolina, which happen to have Black graduation rates of 84% and 90%, respectively, for their football teams, praised her Power 5 and mid-major colleagues around the nation who do use their resources. “It takes tireless energy,” she said. “Everyone thinks it’s easy at a program that has the money. But in the background, people are putting in 60-, 70- and 80-hour weeks to make sure the kids have a great experience.

“You look at a freshman linebacker and he may have the body and voice of a man. But he’s a kid, an 18-year-old kid. They’re still developing.” 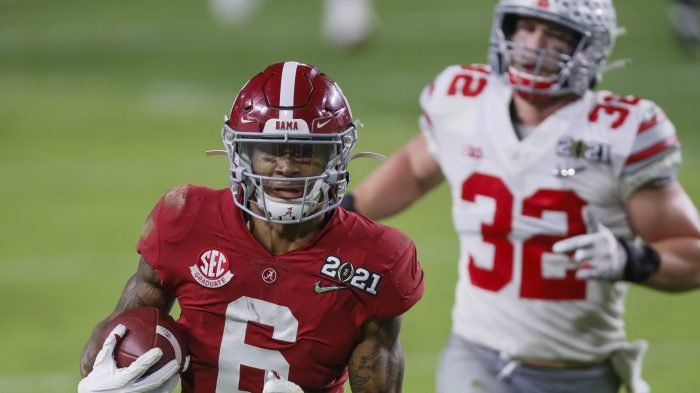 Dawson said she’s certainly putting in similar hours at S.C. State, with fewer resources, and not complaining about it. I also reached out to Jackson State in multiple emails to talk about its high graduation rate, but its athletic department did not respond. I emailed the Georgia athletic department to explain its low GSR for Black student-athletes and racial disparities, but it too did not respond.

“There’s no amount of resources that replaces having the personal touch with kids, to get them to see what life will look like after college, to see that football is just a vehicle,” Dawson said. “It’s less about some sort of ‘aha!’ moment, than just working with them every day to help them gain self-confidence to be both good athletes and better citizens.

“If we can get them to a place where football is a vehicle, that’s a great place to be. If pro football becomes an extra piece of the puzzle, that’s fine. But the biggest thing we’re going to celebrate is the degree.”

Given how they create a culture for success in under-resourced environments on small budgets, and how HBCUs are traditionally marginalized by the NCAA, this is indeed something to celebrate.