On Saturday, Bow Wow will face off against Soulja Boy in a Verzuz battle showcasing their biggest hits from their runs as chart-topping behemoths. On the surface, this seems like the type of event that would feel like a celebration of some of the most fun hits of the past two decades. But it’s not that simple.

Soulja Boy, real name DeAndre Cortez Way, is facing a civil suit from a woman claiming he physically abused her, causing a miscarriage, and that he used threats of violence to coerce her into sex. Bow Wow was arrested in February 2019 for battery against his then-girlfriend who also accused him of abusing her while she was pregnant. The two men’s inclusion in Verzuz, despite these allegations, is just another in a line of events the brand has put on that features people accused of tremendous harm. That’s a disappointing and inexcusable failure for a program built on the idea of providing joy for Black folks when we need it the most.

Back in March 2020, producer Timbaland went on Instagram Live and called out Swizz Beatz to join him so they could play their most memorable hits back to back in a makeshift competition. The “battle” would be the impetus for the Verzuz series: a showcase of hits between two stars, airing live on Instagram (and eventually streaming site Triller) that would become one of the hottest entertainment brands to emerge over the past year.

Each Verzuz event – Jill Scott vs. Erykah Badu, Monica vs. Brandy, DMX vs. Snoop Dogg among them – has garnered hundreds of thousands of Instagram Live viewers, topped trending topic lists and birthed a whole corner of internet memes. Most importantly, the Verzuz events emerged as a communal salve for Black folks reeling from a 2020 of mass death, social distancing and an endless barrage of police brutality videos. For two or three hours every few weeks, we came together as a community to rejoice over legendary music and unforgettable interactions between our idols. The events felt like saving graces that gave us a light in our darkest moments of trauma.

Swizz and Timbaland have embraced Verzuz’s role as community healer. Timbaland said, “I needed a hug. Just needed some uplifting. And this was the time to do it.”

But somewhere along the line, the Verzuz brand has let too many of us down, causing as much harm and hurt as the joy it gave us in 2020.

On April 20, Redman and Method Man faced off, performing together onstage. In the middle of the show, the two men FaceTimed Russell Simmons, the co-founder of Def Jam Records, who has been accused of sexual misconduct by more than 20 women – and was the subject of the documentary On The Record about those accusations. Despite all this, Simmons’ peers have either mostly fallen silent or outright embraced him, allowing him to appear on The Breakfast Club radio show and rapper N.O.R.E.’s Drink Champs. His appearance on Verzuz was a continuation of the normalizing of Simmons’ continued presence in hip-hop, and a reminder that powerful men can harm women, especially Black women, and still find space to be embraced. The overwhelming response on social media was disgust. However, nobody related to the event has addressed the backlash.

Two weeks later, Verzuz featured ’90s R&B groups Xscape and SWV. The show was supposed to be another nostalgic trip that brought us to a time of hoop earrings, body rolls and crooning about our grade school crushes. But the event was marred by the fact that the show included Tameka “Tiny” Harris, a member of Xscape and wife of rapper T.I. The couple is being investigated by the Los Angeles Police Department for multiple sexual assault allegations with even more spanning cities across the country. Tiny was front and center on the flyers and as part of the performances, another instance of Verzuz giving a platform to someone looking to prove they can still make public appearances and be embraced by the online community despite any allegations of wrongdoing. Again, this was never addressed by anyone involved.

Fans have a hand in this normalizing as well because so many were on social media watching along and tweeting about Xscape and Tiny’s singing like she wasn’t in the middle of an investigation of sexual assault. Imagine how triggering that must be for the alleged survivors. This is a larger societal issue about how we treat Black women, but it’s also an issue Verzuz can and must address.

Verzuz has provided so much joy for so many people, even as it transitioned from a raw lo-fi experiment, where artists try to figure out how to use Instagram into a more refined corporate production with stage sets and sponsors. I personally have loved so many of the shows, from my favorite rapper Ghostface rattling off B-sides and deep cuts to DMX getting the flowers he deserved to Monica and Brandy’s tête-à-tête and even the tense spectacle of Gucci Mane and Jeezy. Verzuz has been responsible for some of my happiest escapes during one of the most trying years of my life.

But loving something means being unafraid to push it to do better. It’s time to hold Verzuz to the standard of something that has proclaimed to love us back. That means standing with survivors and telling some people “no.”

Which brings us to Saturday evening. Soulja Boy and Bow Wow make the latest artists accused of harm who will be given a live platform before hundreds of thousands of viewers. Verzuz has got to do better. These consecutive displays of either apathy or straight-up endorsements of alleged abusers are a slap in the face to survivors and a betrayal of the belief that the newly lucrative brand is about more than monetary gain. Again, these aren’t just regular concerts where fans can take it or leave it, or choose to ignore. By positioning itself as a space for healing Black people and a time for us to come together to celebrate our culture, Verzuz has taken on the responsibility of being more than just a music showcase. If it intends to truly heal, Swizz Beatz, Timbaland and anyone else involved have to live up to the responsibilities they’ve undertaken. If Verzuz is supposed to bring us together, then it should be a safe place for all Black folks. Yes, even those who the rest of society tends to ignore: Black women – especially those who survive sexual assault and violence. 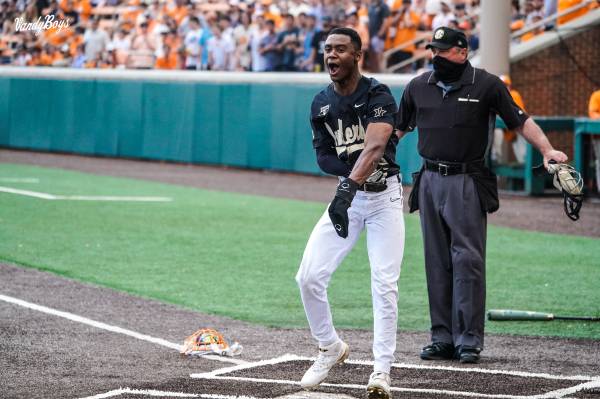 There’s still time for Verzuz to turn a corner and be more conscientious about who it endorses and promotes. But it feels like we’re headed to more shows where accountability takes a back seat to willful ignorance, silence and avoiding hard truths that threaten to make us too uncomfortable to continue singing along with our favorite artists and joining in on the social media parties.

David Dennis Jr. is a writer and adjunct professor of Journalism at Morehouse College. David’s writing has appeared in The Guardian, The Smoking Section, Uproxx, Playboy, The Atlantic, Complex.com and wherever people argue about things on the Internet.