Naya Tapper and Perry Baker, two of America’s star rugby players, want to catapult their sport into the sports mainstream. The Premier Rugby Sevens, a new domestic rugby league that will host its inaugural championship tournament on Saturday in Memphis, Tennessee, will give them their chance.

Rugby sevens, an action-fueled variant of traditional rugby, features seven instead of 15 players, and teams can play multiple 15-minute games in a day. Tapper, who played for the U.S. women’s rugby sevens team that lost in the quarterfinals in the 2020 Olympic Games, said she’s “very confident” that the sport will catch on in America.

Owen Scannell, a former rugby player at Dartmouth who is the league’s founder and CEO, said, “you don’t have to have ever played rugby before to intuitively understand what’s going on.”

Baker, who competed for the U.S. men’s rugby sevens team that also lost in the quarterfinals of the 2020 Olympic Games, likens rugby to sandlot football. “In the Black community, growing up, we all played sandlot football. And that’s rugby. It’s the same thing, but now it’s just structured. That’s all it is.” 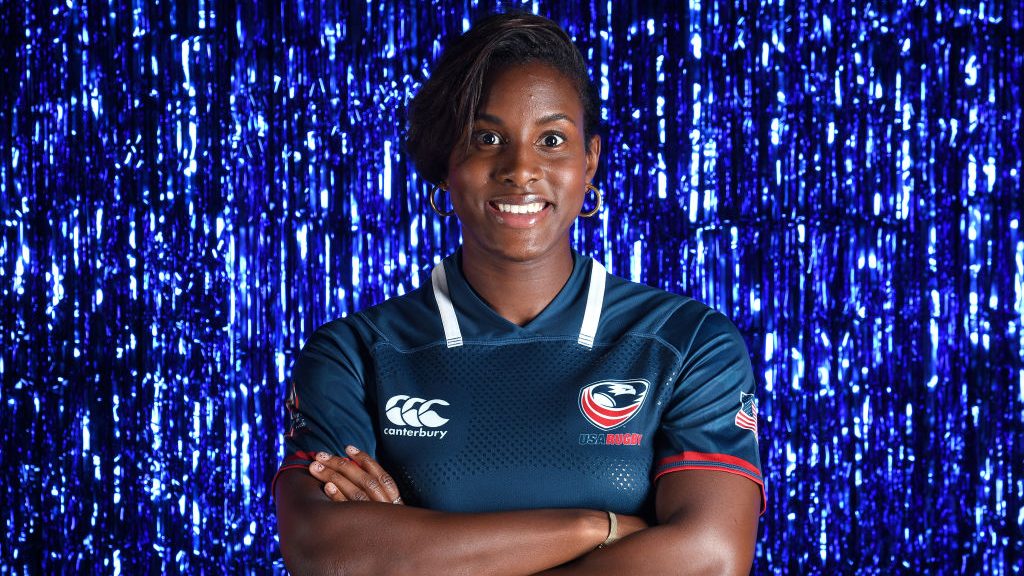 “I just really want everybody to get superexcited for it,” said Tapper, a 27-year-old who plays the wing position. “It’s very similar to football, very similar to soccer with a little combination of both. It’s a very fun game to watch. I know a lot of us have a short attention span. So, with rugby being only a 14-minute-long game with tons of excitement packed into that small amount of time, it’s a game that you’re not going to want to miss.”

“What we’re hoping for is that people see sevens and get really excited by it,” Scannell said.

“Once you see it, it will kind of sink its teeth into you a little bit.”

Baker, whose brief stint with the Philadelphia Eagles was cut short after a knee injury, was homeless and sleeping in his truck in 2013. He wouldn’t have his wife and kids but for rugby and doesn’t know where he’d be without it. “I’m forever grateful to it,” said Baker, a 35-year-old who plays the wing position. “That’s why I always want to give back to rugby.

“Rugby has taken me across the world, man.”

To demonstrate his appreciation for the sport that gets him recognized in foreign countries big and small, Baker hosts rugby camps for youth. “I started my camps,” Baker said, “like three years ago, going on four years, and to look at the kids and to look at them now to where they are, I’m just amazed to see how much they’ve grown. And just to see the messages that I get from parents.” Parents, he said, tell him “we can’t thank you enough for putting on these camps. This has been nothing but a blessing to us.”

Scannell positions rugby as a sport that adults can use to reach children and guide them toward better life outcomes. He mentions Memphis Inner City Rugby, a rugby nonprofit, as demonstrating this. “Seeing what the sport is able to do,” he said, “in terms of keeping kids on a trajectory where they are achieving higher educational attainment rates than they would have otherwise. And they’re going into college because of rugby, going into trade schools, going into military avenues as opposed to leaving high school.”

Rugby has enriched Tapper’s life and she is looking forward to using the league to get more children interested in playing. “The culture is really amazing,” Tapper said, “and you can create an amazing group around you with the rugby community. The networking is outstanding in terms of meeting people from all over the world from different upbringings, different religions, and being able to connect with them through sport and also using that outside of the sport, which is great.”

Tapper relishes using the league as an opportunity to sell rugby to children of color because, she said, “that’s possibly where a lot of our missing talent is for the sport in the U.S.”

Rugby, to Baker, is, as opposed to football, “so much safer without pads. Put pads on and you feel invincible. You feel like you can run through anything. Take those pads off and run through the wall the same way you did with those pads. Your whole mindset changes. Like, ‘Hell, no, I’m not running through that wall.’ ”

Rugby enjoys massive success overseas, which means U.S. rugby players rarely play the sport they love in front of fellow Americans. This makes the league a big deal to them personally.

“I think it’s going to be pretty amazing,” Tapper said. “It’s going to be different because we are used to playing a majority of our tournaments and games outside of the country. So being able to play consistently in an area where our friends and family can be there, I think that’s going to be amazing.”

And playing in North America can only help the sport grow. “It means everything to me to get the game to grow,” Baker said, “and, like, I feel like it’s just been something that needed to happen forever ago.”

The league, which will have six men’s and four women’s teams, will have pay equity. Scannell said that ensuring that women enjoy the same pay, same access to good coaching and training “was not a difficult decision.”

Besides pay equity, the league will feature diverse talent, Scannell noted. He calls diversity a “hallmark” of rugby. “We have a very diverse population of players,” he said. “From African American players to, you know, Pacific Islanders and even outside of race in terms of LGBTQ players. I mean it’s a sport that is very accepting, very open to any and all who want to play.”

The league has partnered with Fox Sports for its broadcast rights.

“I’m excited about it,” Baker said, “and it feels good that it’s finally happening and that I can be a part of it.”