As he dribbled three times to his right in the waning seconds of his very first playoff game 10 days ago, Trae Young released an arcing floater with just 0.9 seconds on the clock to seal the Atlanta Hawks’ opening-round win against the New York Knicks.

The shot silenced a rowdy crowd at Madison Square Garden, where the Knicks were hosting their first playoff game since 2013.

The most unexpected part of the play?

Maybe it was the shoes: a pair of gleaming, orange sneakers that the third-year point guard laced up for his playoff debut a full four months earlier than expected. Dubbed the Trae Young 1, they’re his first signature shoe with Adidas and bring the Hawks guard into an elevated tier of NBA star players with their own shoe.

“Obviously, the shoe doesn’t come out for a little bit for everybody to get it. But I really wanted to play in it,” Young said in a news conference after Game 2.

For decades, the signature sneaker process has followed a standard timeline: A shoe is created and designed over 18 to 24 months, with monthly check-in meetings, sample updates and performance feedback to sift through along the way.

The eventual debut is always a carefully crafted moment, with daylong photo shoots ahead of time, heavily produced launch videos and a strategically choreographed embargo time, all mapped out months in advance of a specific, marquee game. The shoes naturally go on sale shortly thereafter.

But the Trae Young 1 isn’t expected to be released until September.

When he received his batch of size 13 “final confirmation samples” in early May, the expectation was that he would practice in the different editions a few times each and provide performance feedback in time for the brand to make adjustments by the start of the 2021-22 season. Players often debut a new shoe at the start of the season in games that become afterthoughts just weeks later.

But after his first practice in the shoes, Young’s feedback was immediate: I want to wear them now.

Young posted a video of the sample box on Instagram three days before the playoffs were set to begin, then broke them out four months early at Madison Square Garden. Barely anyone knew – “really just my close people,” he said – a small circle of friends, family and a few Adidas representatives.

“I just wanted to be able to play my first playoffs in my own shoe,” he said. “It’s pretty special.” Special indeed. Young had 32 points, 10 assists, 7 rebounds and a game winner in the bright orange “Peachtree” colorway. In leading the Hawks to a 3-1 series lead over the weekend, Young became just the fourth player in league history to average 25 points and 10 assists through his first four playoff games, an exclusive list that only includes Stephen Curry, Kevin Johnson and Oscar Robertson. Wednesday night, he’ll have a chance to close out the Knicks in New York, as he continues to embrace the villain role in what’s been a scrappy series.

For Young’s father Rayford, a former standout guard at Texas Tech, watching his son’s clutch performance in his debut playoff game at MSG was overwhelming.

“I was already getting emotional and about to cry like a baby,” he joked. “Once I thought about [the shoes], that just added on to it.”

Rayford Young has helped his son navigate the shoe deal process starting before the 2018 NBA draft to him becoming a 2020 All-Star starter. After signing a four-year rookie shoe deal in 2018, Young, his representatives at Klutch Sports and the brand tore up his initial contract last fall, locking in a long-term extension that not only raises the annual value of his deal, but also includes a signature shoe and signature apparel.

He joins only James Harden, Damian Lillard, Derrick Rose and Donovan Mitchell as Adidas Basketball signature athletes. Among all 450 current NBA players, Young is just the 20th player this season to wear his own signature shoe.

“It’s just a small group of people that’ve actually had this opportunity, and that was one reason that we came to Adidas,” said Rayford Young. “We knew that everything was going to be on Trae. If he performed the way that he believed he could on the court, then everything would fall into place. That’s exactly what has happened, and he deserves it.”

With the coronavirus pandemic temporarily halting the basketball world and many corporate campuses closing shortly after All-Star Weekend in Chicago, Young provided most of his feedback throughout the last year and a half virtually. His insight led to the low-cut silhouette that works with his Zamst ankle braces, and his input drove the clean look of the upper and the combination of Boost and Lightstrike cushioning. The shoebox features his handwriting, from his signature to inscriptions of “The First Edition” and “Always remember when they doubted you …”

“I just think of one word: legacy,” said Rayford Young. “It’s all about legacy. To see the last name that my mom and dad gave me, and now it’s on a shoe that’s going to be sold all over the world. It’s just honestly surreal to even think about it.”

While the full marketing campaign for the shoe can be expected later this summer as the official release nears, Young already has been wearing colorways that tie back to his current home of Atlanta.

The bright orange Peachtree edition celebrates the local Atlanta street of the same name, with green accents on the tongue and heel tab inspired by leaves. For the second and third games of the series, Young unveiled a graphic green pair inspired by the original logo imagery of the 1996 Games in Atlanta.

“I’ve been working hard on some colorways that are gonna come out next season,” Young hinted.

Besides the colorways and themes, Young is also looking forward to sharing his journey from being an undersized prospect from Oklahoma to a rising star in the NBA.

“Trae is excited to tell the story of his path,” said Rayford Young. “I can’t tell people enough and he can’t explain this story enough, about how he looks like a kid, and when he walks into a room, there’s no way you would think he’s an NBA player. He just wants all these kids like him around the world to see that. You don’t have to be a 6-10 phenom or a 6-5 superathletic guy that jumps out the gym. You can be that kid that works on your skill set, can shoot the ball and pass the ball.”

Young is 6-foot-1. Throughout the footwear industry, playmaking guards and scorers have had success, not only in inspiring the next generation with their on-court game, but also in being relatable to a target audience of 8- to 17-year-old basketball players.

With a long-term Adidas extension set to guarantee Young a signature shoe line well into his 20s, he’s planning to wear the Trae Young series from here on out. Rayford Young just so happens to wear the same shoe size. 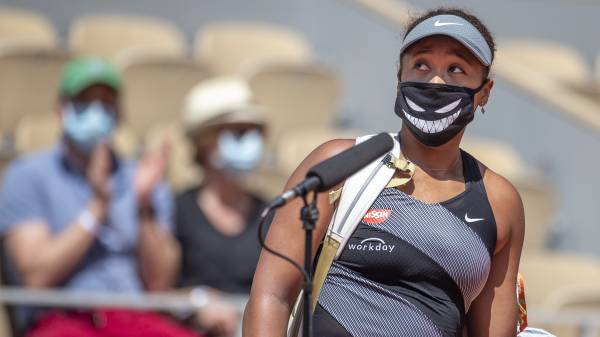 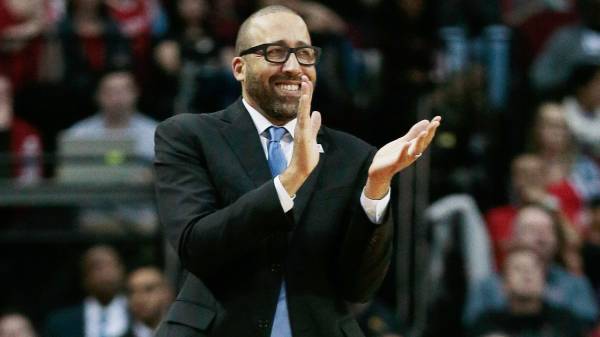 “I’ll never wear another pair of shoes,” he joked. “As long as it’s got that last name Young on it, those are the ones I’m going to wear.”