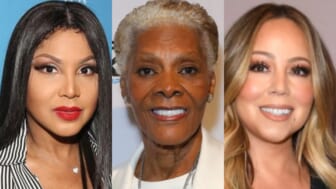 The Grammy Award-winning singer posted images of her youngest son Diezel Braxton-Lewis, 18, on June 5, announcing that he is on his way to college. Braxton announced the young man would be attending Howard University, per Atlanta Black Star.

“Congratulations @diezel.braxton! Mom is so proud of you. 💜 Howard University here he comes!” posted the singer alongside a photo of herself kissing her son Diezel on the cheek as her eldest son Denim stands beside them smiling.

Diezel graduated from Fusion Academy in Los Angeles, California, a private school that focuses on in-person, virtual, or hybrid learning.

Diezel and Denim are Braxton’s sons with ex-husband, former Mint Condition member Keri Lewis. The couple was together for over a decade, ending their marriage in 2013. Lewis also posted an image in celebration of his son’s big day.

“Congratulations young King!! Words can not describe how proud of you I am @diezel.braxton!! Howard University next!!,” he wrote.

Throughout the years, Braxton has been open about her son’s struggle with autism. However, in 2016, she announced he is no longer showing symptoms of the disorder that disrupts the ability to communicate and interact.

“My youngest son, as everyone knows, my son Diezel suffers from — or I should say suffered from autism. I am one of the lucky parents,” she said during the interview with Access Hollywood, as reported by theGrio. “Early diagnosis changes everything. I will tell you this. I will shout it from the rooftops.”

She described her son as having been “off the spectrum” when he was diagnosed but now claims that he shows no signs of autism, continuing to say that “our lives have changed.”

Diezel was diagnosed with the disease at the age of three, and Braxton said that shortly after her son’s diagnosis, she received a call from Suzanne Wright, the co-founder of Autism Speaks. Wright helped her through the challenge of raising her son by suggesting programs and offering help.

“She’s been an advocate in helping me so much. I miss her already. I mean, I can’t believe she’s gone,” Braxton said. Wright passed in 2016 at the age of 79. 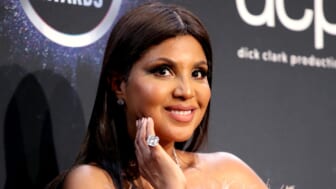 Braxton has had her own bouts of sickness as well. Back in March 2020, Braxton sat down with theGrio and opened up about her battle with lupus, as well as her music.

“When I was first diagnosed, I felt that I had no one to help me,” she told theGrio‘s Cortney Wills. “I always try to be vocal and educate people. I remember being afraid, and I don’t want anyone to feel that feeling that I had.”

“The doctors told me I could never perform again,” she continued. “I have systemic lupus. My lupus loves my heart. It loves my microvascular system. It loves my blood, so I get blood clots. The chronic pain and fatigue associated with it were overwhelming for me initially.”

‘Another Act’: La La Anthony talks about the evolution of her acting career and her role on ‘The Chi’ Also, she’s teaming up with 50 Cent on a new project