Those were Tierra Ruffin-Pratt’s first thoughts when news of the killing of Breonna Taylor broke through the airwaves last summer.

The Los Angeles Sparks player had just returned home to Washington from Poland, where she had been playing overseas.

“I was with my family when the news broke and I just shook my head and was like, ‘Not again,’ ” Ruffin-Pratt said by phone from Dubai, where she is playing basketball. “… I thought: ‘We can’t keep going through this. At some point it has to stop.’ ”

However, it took months before Taylor’s case would become a national story, sparking conversation about the value society puts on Black women.

“Seeing how much the Breonna Taylor stuff was overshadowed was crazy to me,” Ruffin-Pratt said. “It’s sad to say, but it’s kind of the world we live in. Women – Black women especially – are put on the back burner and always overshadowed by anybody and anything else in the country.

“We’re kind of, like, the last of the last. When things happen to us, people don’t really care; they don’t care how we feel, what we go through … it’s an everyday struggle being a Black woman,” she continued. “But we will always fight for each other and for everybody else. We’re just that type of people that will do whatever we have to do for everyone, including ourselves and our people.”

Taylor’s killing was emotional for Ruffin-Pratt not just because she saw herself – a Black woman – in Taylor, but because she knows the pain of losing a loved one to police violence. 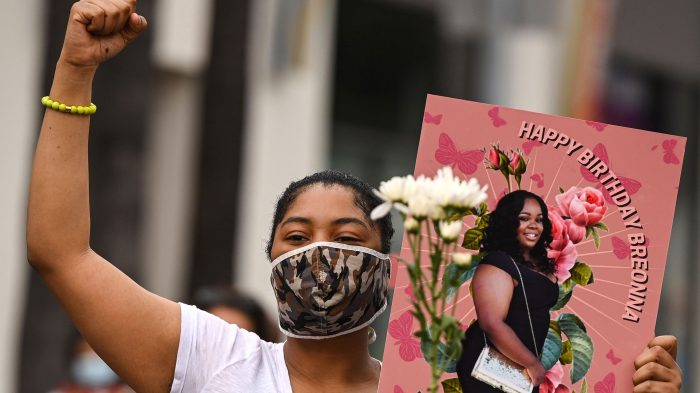 I look at Breonna Taylor and see myselfRead now

Julian Dawkins, the 22-year-old cousin of Ruffin-Pratt, was killed in 2013 by an off-duty Arlington County, Virginia, sheriff’s deputy. Only a short while earlier, Ruffin-Pratt and her family had been celebrating her making the Washington Mystics’ roster. After an arrest and trial, the sheriff’s deputy, Craig Patterson, received six years in prison for voluntary manslaughter.

Fast-forward seven years and the killing of Taylor opened up old wounds, but also added incentive to an already-involved Ruffin-Pratt to stay focused on efforts to combat social injustices in the Black community.

“It did give me added fuel to speak up and step up more. My cousin’s stuff happened when I first came in the league in 2013 and I knew what it felt like, so there were some of the same things I was already doing prior to Breonna’s death,” Ruffin-Pratt said. “Working with different organizations, trying to help out and raise awareness of injustices.”

She was able to do that as a member of the WNBA’s then-newly formed Social Justice Council, which dedicated its season to social justice and focused on engaging communities of color in conversations, virtual roundtables and other means to address this country’s long history of inequality, implicit bias and systemic racism that has targeted Black and brown communities.

Ruffin-Pratt, naturally low-key, said she was asked to join the council but was hesitant at first.

“When they first reached out to me, they said your teammate [Nneka Ogwumike] said you would be great to be on it because you know what it’s been like to go through this and you know what we’re fighting for,” Ruffin-Pratt recalled. “I hesitated. I am usually behind the scenes. I don’t need a lot of promotion about it. But with everything going on, I said, ‘Yeah, I’ll step up and be a part of it.’ ”

Ruffin-Pratt spent the summer with the council, ensuring the names of Taylor – and the many other Black women slain by police – were not forgotten. They partnered with the African American Policy Forum, which created the #SayHerName campaign in 2014, and connected with the families of female victims to elevate their stories.

“Hearing the stories from the families of the victims, that was probably one of the hardest things,” Ruffin-Pratt said. That includes a call council members had with Tamika Palmer, Taylor’s mother.

“Listening to Breonna Taylor’s mom and all those emotions that came out … there was no sugarcoating,” Ruffin-Pratt said. “It was so fresh, so many raw emotions from her. Sometimes you think like you’re OK, then you start to talk about it and you’re like, ‘No, maybe I’m not OK.’

“So you could tell moments when she would have those moments and break down and cry and things of that nature, but just hearing how strong she was being throughout the whole process was so uplifting.”

Listening to the families talk about their loved ones and how they are still grieving and experiencing some of the same things she and her family have been going through since 2013 was eye-opening, but worth it, Ruffin-Pratt said.

“It was an emotionally and mentally taxing time. But when you see the effects of what you’re doing, it’s all worth it. To see all we were able to accomplish as a league was amazing,” she said.

As the one-year mark of Taylor’s death arrives, Ruffin-Pratt thinks of Taylor and her cousin – of whom she says, “I know he’s proud of me for sure” – then offers suggestions on how society can remember Taylor. 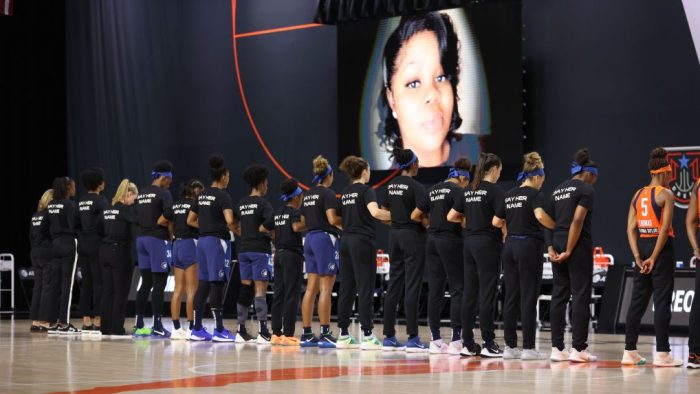 The WNBA is determined to keep Saying Her NameRead now

“I think one of the main things is to keep her name relevant. You don’t want to keep bringing up that ‘this person was killed by the police,’ but it’s kind of necessary,” she said. “If you let people forget, things will just keep happening.”

Those with platforms – whether it’s athletes, actors, musicians or whomever – should continue using them to keep the names of Taylor and others top of mind, Ruffin-Pratt believes.

“And that’s what we will continue to do. We’re not just settling for basketball topics or sports being brought up in the media. We will create the narrative for whatever happens,” she said. “The Say Her Name initiative will continue this upcoming WNBA season.

“For me, it’s always been about my family, my cousin, Breonna Taylor, George Floyd – people who’ve lost their lives to police brutality and things of that nature,” Ruffin-Pratt said.

“It’s something I’ve been preaching for a long time, and for me, it’s just something I’m not ever going to stop doing. Whether it’s a big platform or small platform, it will always be talked about.”

As we ended our call, I asked Ruffin-Pratt what message she would give to Black women to encourage and uplift them. Her response: Keep going.

“Never give up. We have a place in this world and we are the backbone that people don’t really understand,” she said. “The fight starts with us. If we stop, a lot of other things will stop, so never give up, never be satisfied with being less than.

And she’ll dedicate her season once again to Taylor, knowing that it could have easily been her. 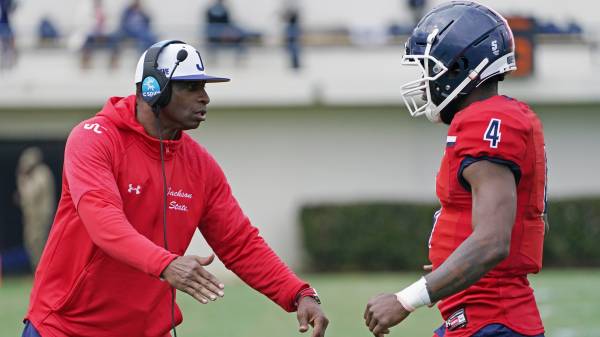 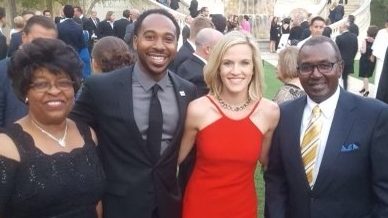 “That could have been Tierra Ruffin-Pratt’s name in the headlines. Then what?” she asked. Then she goes silent, in memory of Taylor.

Dorothy J. Gentry is a freelance writer and educator based in Dallas. She’s covered the WNBA, NBA, G-League and other professional sports leagues for several years. Her work has appeared in The Athletic, Slam and New York Times among others.