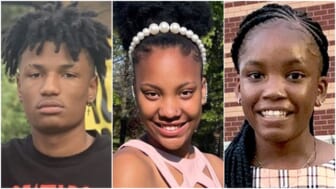 If Black Lives Matter supporters and doctors threatened violence against school board members and teachers to demand the teaching of critical race theory or to demand mandatory vaccinations and masking against COVID-19, Republicans and the right-wing media would be outraged.

Yet the right-wing went into hysterics when Attorney General Merrick Garland issued a memo Monday directing the FBI to work with U.S. attorneys, and state and local government and law enforcement, to address “a disturbing spike in harassment, intimidation, and threats of violence against school administrators, board members, teachers, and staff.”

Garland’s memo was a well-reasoned and necessary response to a detailed six-page letter sent to President Joe Biden by the leaders of the National School Boards Association requesting “federal law enforcement and other assistance” to deal with the growing number of threats of violence against the people who govern and teach in our schools.

The school boards association letter points out that school officials have no problem with criticism of their decisions to protect the health and lives of students and school staff by guarding against the spread of COVID-19, which has killed more than 710,000 people in the U.S. and infected more than 44 million. The school officials just don’t want to be threatened with violence.

The association letter also states accurately that “critical race theory is not taught in public schools.” Schools are simply teaching history, which includes the factual history of slavery and racism in America.

Yet 31 Republican members of the House of Representatives fired off a letter Thursday to Garland saying they “are deeply concerned” by his memo and claiming the attorney general is threatening “the right of parents across the country to make their voices heard in opposition to school mask mandates and radical anti-American critical race theory.”

The letter from House GOP members concludes by telling the attorney general “we request that you immediately rescind your directive and provide a briefing to Members of Congress by October 20, 2021 on why this decision to attack parents was made.”

Fox News commentator Tucker Carlson was one of many on the right blasting Garland. Carlson called the attorney general  “a wild-eyed, radical crazy person” and characterized the memo as “calling on the FBI to crack down on parents who complain about their school board. … It is now criminal to disagree with your kid’s school.” 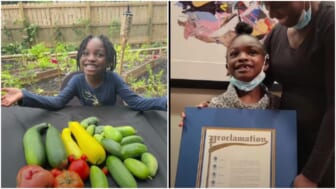 Those on the right are in the wrong on this and need to stop hyperventilating about a non-existent threat to our freedom of speech and freedom to protest. The First Amendment guarantees these rights, and neither Garland nor President Biden wants to take them away.

But threatening assault and even murder isn’t protected by the First Amendment, nor is disorderly conduct disrupting school board meetings. Yet the school boards association letter states that threatening and disruptive incidents have taken place against school boards in Alabama, California, Florida, Georgia, New Jersey, Ohio, Tennessee, Texas, Washington state, Wisconsin, and Wyoming.

I’ve advocated for freedom of speech and the right to protest since my childhood. The protests led by the Rev. Martin Luther King, the Rev. Jesse Jackson, and other icons of the civil rights movement changed America for the better and improved my life and the lives of every other Black American. They also made America a more just and stronger nation.

But King and Jackson never preached or carried out violence, never carried guns or baseball bats at demonstrations, and never threatened to kill anyone.

When someone threatens or engages in violence government has an obligation to step in and protect the people targeted. It doesn’t matter if the threats come from Democrats or Republicans, progressive or conservatives, or from people who are Black or White or any other race.

This issue is bigger than what happens to school boards and our schools. Defeated President Donald Trump, who has glorified the rioters who violently attacked our nation’s Capitol on Jan. 6 in an insurrection designed to destroy our democracy and keep him in power, has made violence acceptable to far too many of his supporters.

Attorney General Garland is right to draw a red line between free speech and violence. Something is very wrong when school board members and elected officials at the local, state, and federal level have to worry about violent attacks against themselves and their families simply for doing their jobs.

It’s hard to believe that Republicans, who have long proclaimed themselves as advocates of “law and order” and allies of the police, are now defending lawbreakers and denouncing our law enforcement officers. But just as they defended the violent Capitol insurrectionists, they are now defending lawbreakers threatening school boards and teachers, and they are criticizing law enforcement once again.

The United States is careening down a dangerous path I never thought I would live to see. If growing numbers of Americans embrace violence and threats of violence to settle disputes — and government stands by doing nothing — all our freedoms and our very way of life could be lost.