I had the honor of attending The ESPYS two years ago when Bill Russell was honored. During the presentation, they showed a video montage of all that he had to endure while winning championships and the racial epithets that were hurled at him night in and night out. Especially after he started speaking out about racism and segregation. And this was from the home fans.

The next day, I interviewed Kareem Abdul-Jabbar and we discussed what he had to endure from fans who, for some reason, always wondered why he wasn’t the warmest person when it came to fans.

“When you are playing in front of people who are calling you names that are just revolting and vile, and letting you know that they despise you, while you do understand how ignorant they are, that is a very dangerous setting that can get to a point where the situation is on the edge of violence,” Abdul-Jabbar said.

How warm and inviting would you be if day in and day out you looked into the crowd and saw what often resembled an angry white mob in the stands with hate in their eyes and racial epithets being hurled from their mouths?

NBA players have always been held to high standards of professionalism, but there’s always been a double standard when it comes to spectator abuse. Remember the Malice at the Palace, the infamous 2004 brawl during an Indiana Pacers-Detroit Pistons game that ended with the suspension of nine players for a total of 146 games? Plenty of blame was immediately placed on Indiana’s Ron Artest, far less so on the fan who threw a beer at him or the two others who jumped the rail and squared up toe-to-toe with him.

Nine years before that, Steve and Nick George were two “fans” who harassed Houston Rockets guard Vernon Maxwell during a game against the Portland Trail Blazers. They cursed at him and allegedly hurled racial epithets at him the entire game. Then one of them allegedly brought up Maxwell’s wife’s miscarriage. That led to Maxwell slowly walking up into the stands and punching him in the face. In the aftermath, the man sued Maxwell and the NBA handed him one of the strictest punishments for a player at that time. The NBA suspended Maxwell for 10 games and fined him $20,000. Nothing much was said at the time about what should happen to those fans.

My former teammate with the Washington Wizards, Antonio Daniels, who is now a New Orleans Pelicans analyst, knows full well fans are not afraid to stoop to the lowest levels.

“As a player that played in the league for 13 years, I have had some fans say some egregious things to me,” Daniels told me. “People have heckled me about the passing of my brother where, if there wasn’t a barrier between me and that fan, we would have had issues.”

Unfortunately, these types of incidents aren’t behind us.

In this week alone, we had a fan spit on Trae Young in New York, another fan dump popcorn on Russell Westbrook in Philly, and a group of fans in Utah verbally assault Ja Morant’s family with racial epithets. This all happened on the same night.

The NBA took swift measures against the fans. The Philadelphia 76ers, New York Knicks and Utah Jazz announced they had identified the particular fans and banned them from their arenas indefinitely – which was the right move. You have to set the tone and the standard, or else fans would feel free to do whatever they want once they enter an arena, as they have historically been left without repercussions. (Sounds similar to the issue with police, doesn’t it? But I digress.)

Every away building is a hostile environment with passionate fans rooting for the home team, and sometimes fans cross the line. For me, the place that always stood out was Salt Lake City. I can recall countless road trips in Salt Lake City and being shocked by the faces of hate glaring back at me from the crowd. There were clear racial undertones to the heckling that seemed to hover in the arena.

“I’ve heard a couple of them,” Smart said, according to Jay King of The Athletic. “It’s kind of sad and sickening because even though it’s an opposing team, we have guys on your home team that you’re saying these racial slurs and you’re expecting us to go out there and play for you.”

So again, Celtics general manager Danny Ainge and all of the people who are acting shocked that former Celtic Kyrie Irving would suggest that there is racism in Boston, it’s true. 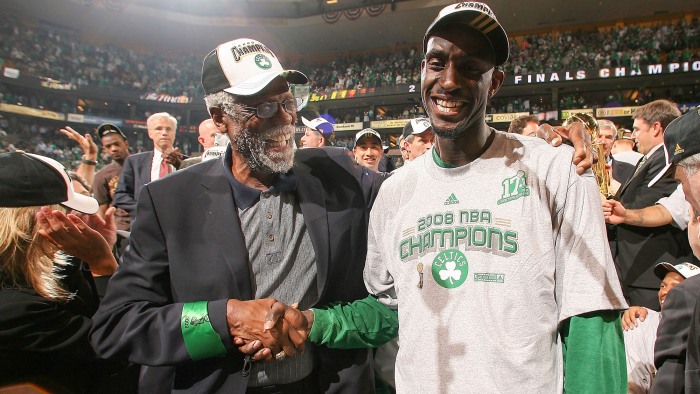 From Russell to KG to today’s Celtics: Being a black player in BostonRead now

But the real question is, how do fans really view athletes? I think back to the movie Gladiator, where the crowd was cheering for more blood and more gore as the gladiators fought to the death. I thought about the scene where the blood was splattered on a woman and she gave a sick smile as she wiped it off with her finger. Do fans even look at athletes as human beings? For a fan to actually spit on a player quickly answers my question.

Have we progressed from the times of Russell and Abdul-Jabbar being called the N-word and every other racial epithet you can think of? 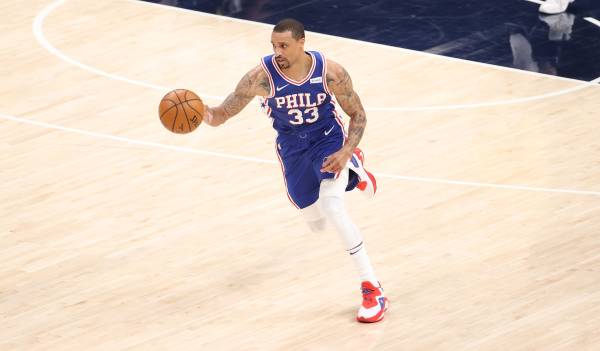 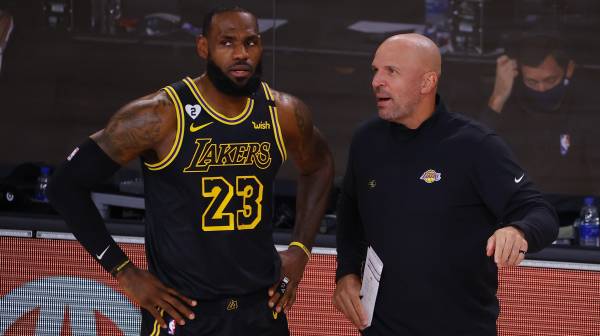 Basketball is supposed to be an arena where people can be unified as everyone cheers for their team to win. It’s supposed to be a time where all political, social and religious differences can be put to the side. Instead, many times it exists as the exact opposite. A time where the country’s ugliest, nastiest, most vile, deplorable behavior is on full display for the world to see.

Etan Thomas is a senior writer for basketballnews.com and is the host of a podcast called The Rematch. He also writes for The Guardian and has previously written for The Washington Post, Huffington Post, CNN, ESPN, Hoopshype.com and slamonline. He frequently can be seen on MSNBC as a special correspondent for “hot topics.” and co-hosts a weekly local radio show on WPFW 89.3FM, The Collision, where sports and politics collide.