New York Knicks star Julius Randle hopes this will be the year he makes the NBA All-Star team. But whether or not it happens, the 26-year-old forward has found the recipe for success with first-year Knicks assistant coach Kenny Payne.

“He is going to push you to your limit, further than you think you can go and really help you improve,” Randle said of Payne, who has been his mentor and coach for nearly a decade since their days together at the University of Kentucky. “The biggest thing about ‘KP’ is he wants to see you be the best version of you.”

Randle is averaging career-highs of 23.2 points, 11 rebounds and 5.5 assists per game this season and is on pace to become the first Knick to average 20 points, 10 rebounds and five assists in a season. He has helped make the Knicks (15-16) a playoff contender in the East.

Randle will find out Tuesday if he landed one of the East’s coveted All-Star reserve spots. If selected, the Dallas native will be the Knicks’ first All-Star since Kristaps Porzingis in 2018.

“It’s something I strive for, work for, for sure, and something I would take pride in, obviously,” Randle said of the possibility of being named an All-Star.

Payne, who sees the work his pupil puts in every day, says Randle is deserving of an All-Star spot.

“I don’t know if people really understand who this guy is,” Payne said. “But to reach this goal would bring full circle what working, character and intelligence is. The ability to take care of your body, put the work in every day, to mentally think about the success you’re achieving and how to impact the team.”

Payne’s relationship with Randle goes back to 2013. At the time, Payne was viewed as one of the nation’s top college basketball assistants under Hall of Famer John Calipari. The Wildcats had won the 2012 national championship and continued to produce top NBA talent.

Randle was a McDonald’s All-American who was contemplating scholarship offers from Texas, Kansas, Florida and Kentucky. But he was leaning toward signing with Kentucky in part because he had heard great things from former and current Kentucky players on how Payne developed them and connected with them. (Throughout Payne’s 10 years at Kentucky, it was common to see the likes of Randle, Anthony Davis, DeMarcus Cousins, Karl-Anthony Towns, John Wall, Devin Booker, Bam Adebayo, P.J. Washington and Willie Cauley-Stein return to Lexington, Kentucky, to improve their games over the summer and break bread with Payne.)

Payne fondly recalls being enamored of Randle’s skillset when he first saw him at an AAU event. He had “LeBron James-type of speed” to go along with strength and coordination. During the recruitment process, Payne became close to Randle’s mother, Carolyn Kyles. He was also close to Randle’s godfather, AAU coach and former NBA player Jeff Webster.

But when Calipari, Payne and other staff members visited Randle’s home for a recruiting meeting, Randle came away confused.

“Everybody that had connections to Kentucky, or whether it was players, they were like, ‘Yo, stay with KP. Stay in KP pocket. Stay with him, listen to him. Spend time with him. He’s going to get you right,’ ” Randle said. “So I’m like, ‘Cool.’ And they come to my house and this dude, he didn’t even really say a word. So I’m like, ‘Man, what the hell?’ ”

The next day, a disappointed Randle called Payne.

“He said, ‘You came to my house and didn’t say two words,’ ” Payne recalled.

Payne had thought it best to let Calipari do the talking. But after their private conversation, Randle ultimately signed with Kentucky, where he led the Wildcats to the national championship game as a freshman in 2014.

Payne was instrumental in Randle’s success during his one year at Kentucky.

And at any time of the night, Payne was available if Randle needed advice.

Randle entered his name into the 2014 NBA draft and was selected seventh overall by the Los Angeles Lakers. He averaged 16.1 points per game during his first four seasons before entering free agency in 2018. That’s when Randle reached out to Payne for advice again – this time about an offer from the New Orleans Pelicans.

“When he asked me about the Pelicans, I immediately took him back to three years before and said, ‘Remember who was on that bench when you said you loved Golden State? Alvin Gentry. So, you get to play with AD and a coach who understands sharing the ball and everybody as one. You better jump on that,’ ” Payne said.

Randle signed a one-year, $8.6 million deal to play with the Pelicans, and Payne’s advice paid off. Randle averaged a then-career-high 21.4 points while adding 8.7 rebounds and 3.1 assists per game during the 2018-19 season. His stellar play led to him signing a three-year, $63 million contract with the Knicks in 2019.

In New York, Randle averaged 19.5 points, 9.7 rebounds and 3.1 assists during the 2019-20 season. While he still wasn’t getting much recognition for his play because of the team’s record, he took pride in his yearly improvement.

Tom Thibodeau was also impressed from afar and said Randle played a big role in him taking the New York job in July.

“I liked the upside of him,” Thibodeau said. “I know from coaching against him, he was difficult to guard. With the energy and intensity he plays with, I think he has gotten better each year. I saw in the summer the type of shape he came in and his attitude, his approach. He’s about the team.”

When Randle heard rumors that Payne was considering leaving Kentucky to join the Knicks’ coaching staff, he desperately worked his cellphone, knowing what Payne could do to take his game to an All-Star level.

“I was like, ‘Yo, if there’s any truth to that, any chance that you come here, I need you here,’ ” Randle said. “Having somebody like him in your corner, man, is irreplaceable.”

On Aug. 11, Payne left Kentucky to become an assistant on the Knicks. While Randle’s statistics were impressive last season, Payne believed he could take his game to a higher level. Among the things Payne believed Randle could improve was his leadership with his body language. He was also shocked to hear upon arrival that Randle wasn’t a great rebounder and challenged him to live up to his ability to be a great one.

Moreover, Payne told Randle that in order for the Knicks to be successful, he had to play like an All-Star and to stop pressing.

“Being comfortable is a big thing for him. And what I mean about being comfortable is being at peace with who you are as a player,” Payne said. “Not being rushed. Not being out of sorts. Not going through the emotional roller coaster. During the failures of a team, just being even keel. It’s going to be a process. Whatever happens on the court, your emotions stay pretty much the same. That’s probably the biggest thing I saw coming in. Last season, he was pressing.

“When a player like Julius presses, it is hard to read what his body language is saying. Is it negative, frustrated or positive body language? What is it? Just explaining to him who he is as a person and a player. You have to look a certain way and be a certain way in your mind to be free. Free to think. Free to enjoy the game and don’t be caught up into the negative stuff that creeps into the player’s mind. If someone doesn’t pass you the ball, you don’t roll your eyes or have bad body language. And if this team is going to win, you have to be an All-Star.”

Payne said Thibodeau gave him a game plan of what he expected from Randle, including being in great shape, well-conditioned and playing with more ferocity. The plan is working, with Randle playing the best basketball of his NBA career.

Thibodeau believes Randle is deserving of being an All-Star due to his impact on the Knicks regardless of their losing record.

“As a coach when you’re voting, there are not enough spots for all the guys that are deserving of being on the All-Star team,” Thibodeau said. “Then you go to secondary factors. Oftentimes, who is on a winning team and things like that. It’s unfortunate because there are a lot of deserving players that don’t get on. If it doesn’t happen that year, if they continue to progress, it will happen the next year. So, you got to keep working at it. 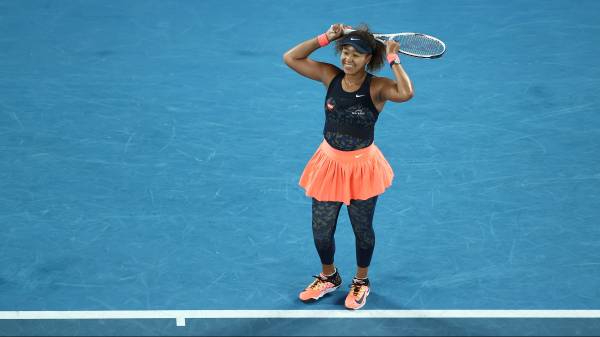 “For [Randle], the most important thing for him is winning and the impact he is having on the team. We still have a long way to go.”

Payne believes the best is yet to come for Randle.

“I don’t think he’s touched the surface of how good he can be,” Payne said. “There is more in him.”