The poet who starred at the College World Series —

OMAHA, Neb. — Opening day of the College World Series is a special moment. All eight teams are present, the fan bases of each school are trickling in, and the stage and scene of TD Ameritrade Park are a sight to see. The blocks surrounding the ballpark during the roughly two-week stretch that determines the NCAA Division I baseball champion is part sporting event, part festival, with humans as far as the eye can see enjoying the camaraderie and revelry.

While the eyes of the nation are on the tournament, the eyes of the ticket holders are on the field. The pageantry of the yard is a large part of the experience, with both locals and tourists soaking up every moment they can. Kids join their youth teams in matching jerseys, parents support their kids and hardball enthusiasts pack the four square blocks around the diamond for days straight, often partying deep into the night.

On day one, everyone in Omaha is paying attention to everything.

So when Yorri Berry popped up on the stadium’s JumboTron following an announcement that the NCAA was honoring Juneteenth, the newly minted national holiday commemorating the end of slavery in the United States, all eyes were on her.

Berry, a poet, delivered a powerful message to the crowd of 23,870 between frames in the first inning. On a megahot day in Douglas County, Nebraska, her prose was fire.

“Do you know what it means to be your ancestor’s wildest dreams?” she began in her 90-second performance. “To be the inspiration why generations before you persevered against all odds and generations after you believe in the pursuit of happiness, life and liberty. To carry a legacy, to make history, to chart your own destiny. To wholly embrace your heritage and all that makes you unique. To unapologetically speak truth to power, unafraid to tell your story. To be brilliant, resilient, courageous and free to unequivocally believe that you, that we, can win more than just championships and games because together, we have the power to change the world and transform communities to stand for something bigger than ourselves.”

Definitely wasn’t expecting to get a tremendous dose of Blackness with my ballgame in that fashion, but it certainly was welcome. Black faces, never mind voices, aren’t exactly teeming in college baseball. In this championship series, the two teams facing off — Vanderbilt and Mississippi State — tell that tale from both sides. The Commodores have eight Black players. The Bulldogs have one.

So, how did a Black woman end up on a big screen in Nebraska to drop bars? Easy: the honorable ladies of Delta Sigma Theta Sorority Inc.

Tina Davis works in the NCAA’s office of inclusion. If you didn’t know, it’s been around for about a decade, and its goal is basically to make everyone feel more welcome. Its big event is the annual inclusion forum, which this year was held virtually for the first time earlier this month. The office focuses on core areas of diversity, such as disability, international, LGBTQ, race, ethnicity and women. And it does its best to recognize and work on the intersection of those identities.

Davis is a Delta, and when she heard her soror at a Founders Day event in February, she knew she wanted to work with her. It was virtual, so the number of people who were involved was enormous.

“It was thousands of people on there,” Berry said last week, thinking back on how she ended up connecting with Davis. “They pulled me in to do a poem that was basically a tribute to members who had been serving for 25, 50 and 75 years. So I did this tribute poem for them and, from there, I feel like the world is so small at some point.”

Sometimes it’s not what you know, but who you know.

“Her cousin and I are part of the same chapter, here in Indianapolis,” Davis explained. “So, one of my responsibilities in the office of inclusion is finding talent for our inclusion forum. So, when I got that connection, I knew that we had to have her on the program.” 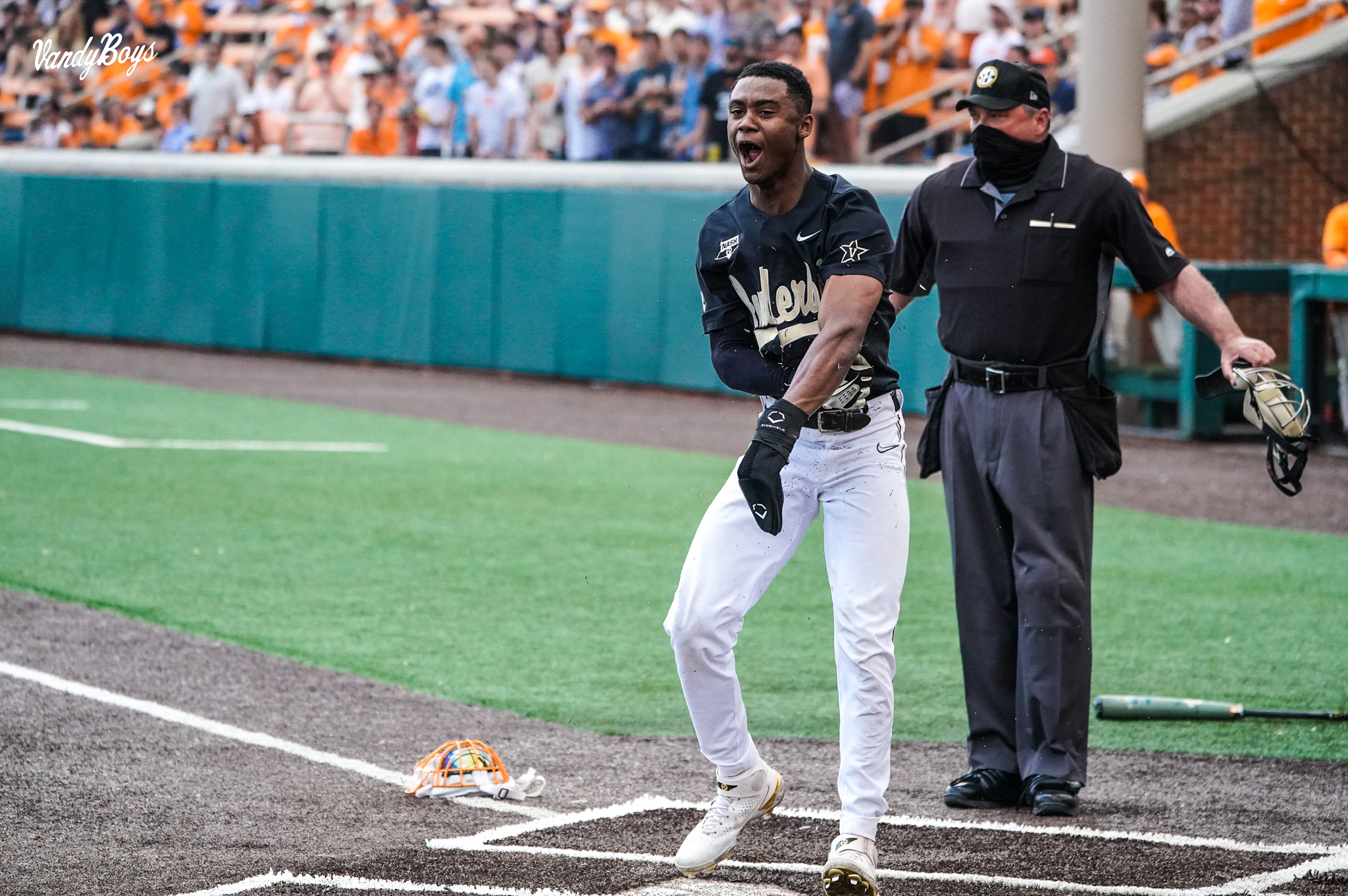 But having two people of like minds doesn’t exactly mean that everything happens lickety-split. As an artist, one’s creative process is very important. And we don’t always exactly think artistry when it comes to an organization as large as the NCAA. But, they did the work. And Berry takes particular pride in that.

“I don’t think any part of my creativity was limited. I think the better clarity that I have when connecting with groups, they know their audience, this is an audience that they’re very familiar with,” she said. “It’s one that I’m new to. So I think the more information that I can get just in terms of the demographics, the types of leaders who will be in this space, there were students there. So, understanding, ‘OK, these are people from across the country, pretty much a diverse group. And this is the message that you want me to convey.’ I think at that point then, that’s where I do whatever my little thing is, to creatively communicate whatever that message is.”

Not lost on anyone though, was the fact that, yeah, this is still relatively new ground for many organizations, not just the one headquartered in Indiana. There’s a definite non-zero chance that anybody walking the street in America might have no idea what the holiday even is, never mind understand why a poem of such magnitude is in order.

“For us as a national office, to be able to recognize and celebrate Juneteenth in a variety of ways, through the World Series and through other platforms that we have, that goes back to our intentions,” said Niya Blair Hackworth, director of the NCAA office of inclusion. “I think they are important not only to us, but for those who are part of the membership as well.”

The idea did catch the poet a little off guard, for sure.

“I’m not going to lie, when it was brought to me, I was like, ‘Wait, what?’ Even speaking to the internal group, let alone a stadium full of people, I actually asked the question. I was like, ‘I thought only Black people, and not even all Black people, celebrate Juneteenth?’ But the thing is that it was an opportunity for me,” Berry said with a chuckle.

“I had never talked about Juneteenth in a corporate space, I’ve definitely never been able to weave any type of theme around inclusion, or anything like that, into sports. But I think, for me, it was exciting because it was new. And, when I just think about issues and us being able to come together and collaborate, collaborate and build a sense of community to address issues like inclusion and injustice, we’re going to have to be creative. We’re going to have to do something new.” 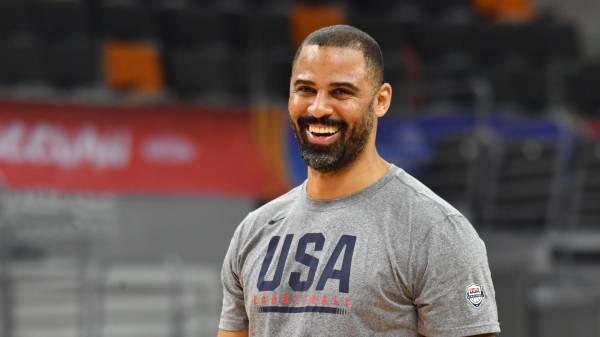 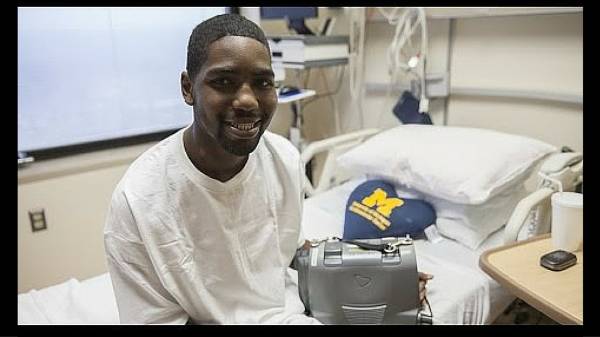 Heartless but not defeated: Man lives without a heart for 555 days Read now

On that day, not only did they stand out, but the finished product was outstanding.