DeMaurice Smith has been fooling them for the last 12 years.

But alas: The jig for Smith, executive director of the NFL Players Association, may be up.

On Friday evening, 32 player representatives will vote, via conference call, to either oust Smith or allow him to continue.

My advice: The player reps should just say no.

According to news reports earlier this week, the executive council of the players’ association voted to determine whether Smith should be allowed to remain as executive director. Smith needed a unanimous vote to be allowed to continue. According to ESPN, the vote was split, 7-7.

Getting rid of Smith will be difficult, like overturning an official’s ruling on the field: You need incontrovertible proof of a mistake. With Smith, the proof has come in dribs and drabs.

I’ve had issues with Smith since he became executive director 12 years ago, when players effectively voted to stay the course, to go along in order to get along. Smith did not challenge NFL owners and would not clean up the NFLPA’s house.

He was a status quo selection and for the last 12 years he has, as promised, maintained the status quo.

Smith was elected in 2009 and reelected unanimously in 2012 and 2015. Four years ago, the NFLPA selection committee voted unanimously to extend Smith’s contract. So why is this year different? Perhaps players have grown tired of the status quo.

Last March, over the objection of a number of veteran players, the NFLPA negotiating group signed a 10-year collective bargaining agreement (CBA). The agreement added a 17th regular-season game. While the CBA increases the players’ share of league revenue from 47% to 48.5%, critics point out that the increase is not commensurate to the value of the added game.

In exchange for reduced practice time, the players saw a reduction in their percentage of shared revenue.

Under Smith, the NFLPA repeatedly has missed opportunities to galvanize player power, to forcefully remind NFL owners and league partners that players make the game. In some ways, Smith allowed the exploitation of players to continue.

Last June, the NFL’s disturbing practice of race norming was exposed. Race norming assumes that Black players start with worse cognitive functions than white players and other non-Black players. In deciding the benefits of a billion-dollar settlement of brain injury claims, race norming made it more difficult for Black retirees to prove a deficit in order to qualify for an award.

The players’ association did not bring the claim. Two Black former players filed the civil rights lawsuit against the NFL.

Smith, like former NFLPA executive director Gene Upshaw, could make the argument that the NFLPA represents current players. Upshaw eventually was forced to see the light: that current players will eventually be former players and their responsibility is to protect them.

As executive director, Smith’s greatest failure has been to protect players. This failure was illuminated by the NFLPA’s hands-off treatment of Colin Kaepernick. When Kaepernick was blackballed by NFL team owners, Smith’s NFLPA did not mount a public campaign of opposition and did not encourage its members to rally around a fellow player. This could have been a mobilizing moment for NFL players. Instead, Smith refused to see the blackballing of Kaepernick as more than a labor issue. With Smith’s approval, a group of players — the Players Coalition — took money from owners in exchange for ending what had been an impactful protest. Since then, we have not heard a peep from players.

Football is not a game where players avoid resistance, but this is exactly what Smith has done. The approach ensures peace, but at what price?

Largely because of Smith, the whole era of player activism has passed the NFL by. Because of Smith’s refusal to take a strong stand, owners have been allowed to continue to bully players, allowed an owner such as the Dallas Cowboys’ Jerry Jones to threaten to fire players who knelt during the playing of the national anthem. Friday evening on a conference call, NFLPA player reps have a chance to raise their voices. They should begin by voting to end Smith’s tenure. 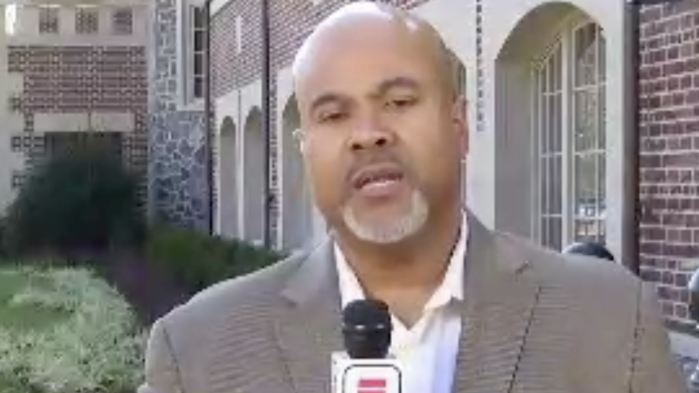 Even if player reps get rid of Smith on Friday, the damage of the last CBA has been done. The new agreements run through 2030, which means that none of the players who vote and most of the players currently in the league will not be around when it’s time to negotiate a new agreement. Only a handful of this year’s rookies will be around to fight. But at least a new executive director can set the tone for resistance in 2030.

A number of veteran players disagreed with the last CBA, several believed that the NFLPA should have waged a more vigorous fight, should have demanded more concessions from team owners. That, of course, would have meant a fight. Smith, perhaps like his predecessor Upshaw, did not believe that contemporary NFL players are unified enough, committed and courageous enough to stand shoulder to shoulder against NFL owners.

The larger question is whether players will fight, regardless of who runs the NFLPA. At the end of his tenure, Upshaw was concerned that a younger generation of football players, so accustomed to good times and great benefits, would be unwilling to fight ownership. In one of our last conversations, Upshaw, who died in 2008, said that young NFL players were like entitled children whose parents attempted to give them a better life and shield them as much as possible from the rigors and harsh realities of life.

What has remained constant is that life is harsh for NFL players, especially for the rank and file who are ground up and discarded. NFL players do more heavy lifting than any player in any other pro league, and yet have the least amount of protection.

Smith did nothing to correct this imbalance. Indeed, the league continues to be run with the iron fists of billionaire owners who operate with no fear of anything resembling an organized players revolt.

Friday’s vote to oust Smith could be the first step toward NFL players learning how to flex their muscles by jettisoning Smith’s go-along-to-get-along approach in favor of more forceful leadership that recognizes that players make the game.

When they vote on Friday, player reps should say “Yes” to a dynamic future and say “No” to Smith.