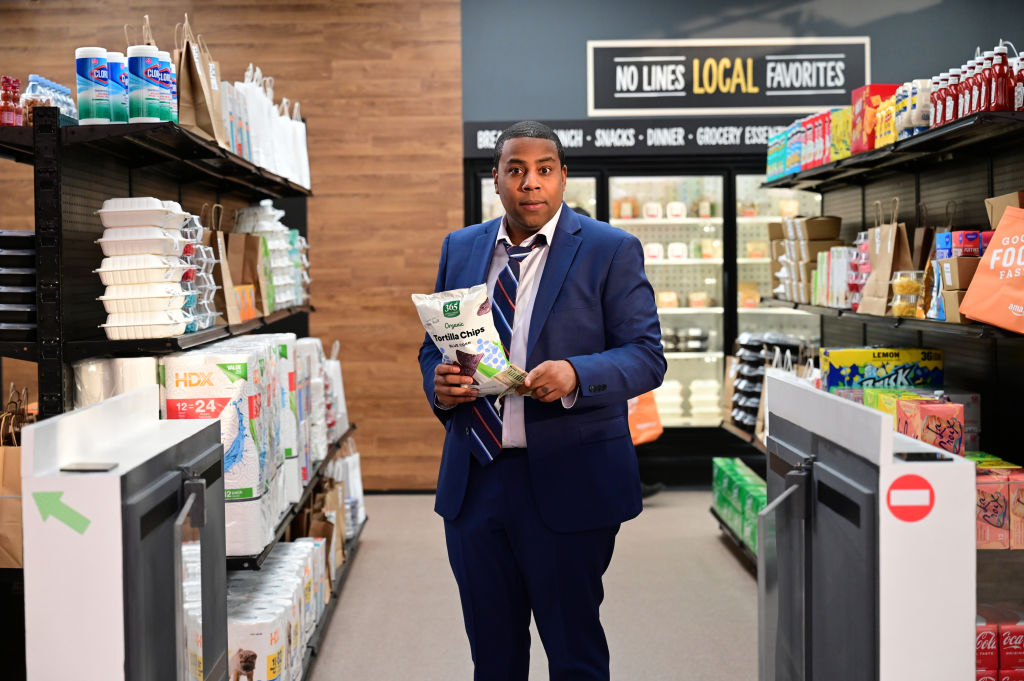 Funnyman Kenan Thompson has been making fans laugh for more than a decade on television. The Atlanta, Georgia native primed his acting and comedy chops in the 1990s as one of the original cast members of Nickelodeon’s All That. Thompson garnered praise for his slapstick humor and funny celebrity impressions of stars like Bill Cosby.

While on the show, the young actor met his onscreen sidekick, Kel Mitchell. In 1996, the comedic duo landed their very own sitcom, Kenan & Kel, which ran for four years on the network. Thompson has also graced the big screen in movies such as The Mighty Ducks, Good Burger, and Fat Albert.

The 43-year-old star has been a regular cast member on Saturday Night Live since 2003, making him the longest-tenured cast member in the show’s history, and last year, Thompson launched his NBC sitcom Kenan. Celebrity Net Worth estimates that The Amanda Show alum has raked in $13 million from his movie and TV portfolio alone.

“I’ve been really fortunate to have gotten so many great roles,” the actor said in a previous interview, according to IMBD. ” I’ve been doing sketch comedy since I was a kid, and it still blows me away. I don’t even have any talent!” he joked.

Thompson was destined for stardom from a young age. The celeb was born on May 10, 1978, to parents Fletcher and Elizabeth Ann Thompson in Atlanta, Georgia. The star was just 5-years-old when his mother enrolled him in acting classes. He took his first shot at performing during a church production of The Wiz, where he played Toto.

“He absolutely stole the show,” his mother told the Washington Post during an interview. Thompson attended the Tri-Cities High School in Georgia where he continued to pursue his passion for acting. His mother said he went on almost 100 auditions before landing his first big commercial gig.

“It’s really a challenge to console a child who didn’t get the part, but he wasn’t whining about it. He always knew,” she added.

Thompson got his big break when CNN’s Award-winning weekly kid’s news show hired the burgeoning actor to host multiple segments. It was a gig that surprisingly led to him being cast in The Mighty Ducks and eventually, All That.

“There was a moment there where he was one of the biggest kid stars on the planet, but he was always the same kid,” said All That executive producer turned Nickelodean President, Brian Robbins. “He has not changed, and I believe that’s part of why he has sustained for so long.”

As Thompson’s life onscreen continued to flourish, his family life blossomed too. The hilarious sketch comedy show actor married his longtime girlfriend and model Christina Evangeline in 2011. The pair share two daughters, Georgia Marie, who was born in June 2014, and Gianna Michelle, whom the couple welcomed in July 2018. Sadly, in April 2022, Thompson and Evangeline announced that they would be calling it quits after more than a decade of marriage. The split was “completely amicable,” according to a source close to the Primetime Emmy winner and his wife.

“They remain close as co-parents and have remained very close throughout the separation,” the insider added, US Weekly reported.

Who Is Kirk Franklin’s Son And Why Is Their Relationship So Strained?