If there was ever a year an All-Star snub could quickly get over not being selected for the NBA All-Star Game, it’s this year.

With the world still in the midst of a pandemic, All-Star Weekend will be reduced to one day – March 7 – in Atlanta. Furthermore, players won’t be allowed to leave their hotel for anything other than the game.

Taking a breather during these trying times from playing basketball would probably be great for the mind and body. But at some point, pride will kick in for the All-Star snubs, knowing they didn’t make the cut.

Unfortunately, there are only 24 All-Star spots. With the NBA announcing the reserves on Tuesday, presents its annual NBA All-Snub team – our squad of deserving players who didn’t make the cut. Memphis Grizzlies guard Ja Morant and Miami Heat guard Jimmy Butler also might have made this list if they reached the 20-game mark.

The most shocking snub could very well be this 2020 NBA All-Star, who is averaging 24.7 points, 4.3 assists and 3.8 rebounds this season. Los Angeles Lakers star LeBron James even tweeted that Booker is the most disrespected player in the NBA after the news broke. The Suns’ 20-10 record was not enough to get two players into the All-Star Game. But perhaps Booker replaces James’ injured teammate Anthony Davis.

The Spurs are certainly deserving of an All-Star with one of the most surprising records in the Western Conference at 16-11. DeRozan would be the likely choice with averages of 19.8 points, 6.9 assists and 5.0 rebounds. But the All-Star Game is a popularity contest, and the Spurs continue to fly under the radar.

Even Utah’s great record couldn’t get Conley his first All-Star appearance. Perhaps Conley’s stats of 16.4 points, 5.6 points and 3.4 rebounds didn’t wow the voting coaches. But Conley is the leader of the hottest team in the NBA that certainly is deserving of three All-Stars.

Not making the All-Star Game certainly has to be disappointing for Fox, who is averaging 22.3 points, 7.1 assists and 3.2 rebounds for Sacramento this season. The fourth-year guard has picked his game up in February, with averages of 24.4 points and 9.1 assists. But ultimately, the Kings’ lackluster record was Fox’s biggest obstacle in making his first All-Star appearance.

Ingram failed to be named an All-Star for the second straight year despite averaging more points and assists (23.9 points, 4.7 assists) now than he did last season. The Pelicans’ slow start certainly made it hard to have one All-Star let alone two in the loaded West. But expect Ingram and Zion Williamson to be a pair of Pelicans who will make it together in the future.

The Hawks lost their lone shot to have an All-Star in Atlanta from their franchise in the shocking snub of Young. While Young’s scoring is slightly down this season, he is shooting better from 3-point range and averaging a career-best 9.5 assists. The injury-plagued Hawks’ 13-17 record certainly worked against Young.

Adebayo’s hopes of being an All-Star for the second straight season resulted instead in a snub. The 2020 All-Star averages 19.6 points, 9.5 rebounds and 5.5 assists for the reigning Eastern Conference champions. But with the Heat’s disappointing 14-17 record, Miami will not be represented in the All-Star Game.

While the Bucks haven’t been the dominant force they were expected to be, it’s still stunning that Giannis Antetokounmpo is their lone All-Star. Middleton’s statistics are similar to last season’s when he was an All-Star. While the East is loaded with talent, this two-time All-Star being passed over is quite stunning and perhaps due to his lack of fanfare.

Haywood has been reborn with the Hornets, averaging 21.9 points, 5.4 rebounds and 3.7 assists per game. The one-time NBA All-Star, however, hasn’t been great enough to push the Hornets to a winning record in the East. After averaging 24.1 points per game in January, Hayward averaged 19.2 points this month while rookie LaMelo Ball stole most of the Hornets’ headlines.

The Sixers certainly seemed deserving of three All-Stars with the best record in the Eastern Conference. Harris’ play is worthy of what would be his first All-Star appearance under head coach Doc Rivers, who also coached him with the LA Clippers. But the star power in the East was ultimately too much for Harris to land a deserved spot. 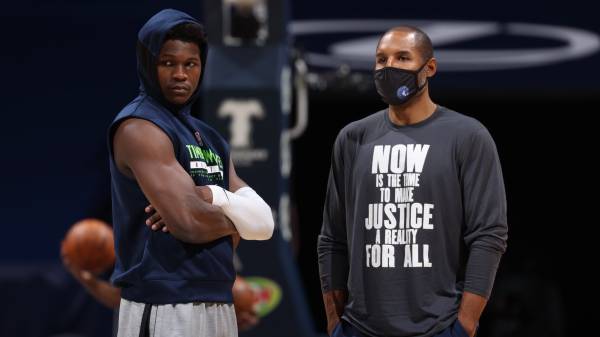 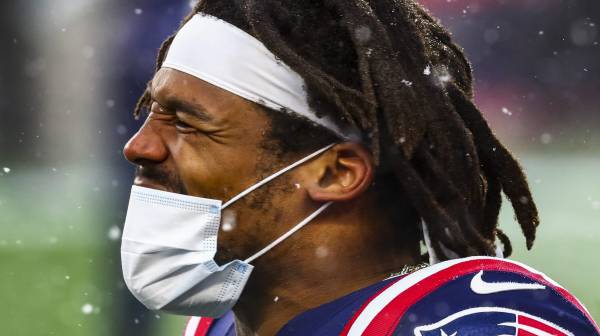 VanVleet has certainly lived up to his big contract this season, averaging 20.1 points, 6.6 assists, 4.4 rebounds and 1.7 steals per game. But it wasn’t enough to earn him his first All-Star appearance. The Raptors’ slow start certainly played a role in him – and teammate Pascal Siakam – missing the cut. With that said, VanVleet deserves a break: The fifth-year guard is averaging 36.6 minutes per game (third-highest in the NBA).

Considering the Pacers’ 15-14 record, it’s very surprising that Sabonis got snubbed. After making his first All-Star appearance last season, the fifth-year big man is having a career year, averaging 21.5 points, 11.6 rebounds and 5.7 assists per game.

If there’s any consolation, the snub would’ve been more disappointing if the All-Star Game was taking place in Indianapolis, where it was originally scheduled prior to the pandemic.

‘Another Act’: Director Lee Daniels on ‘The United States vs. Billie Holiday’ and getting back to working in film Also, he talks about his career and working with Andra Day