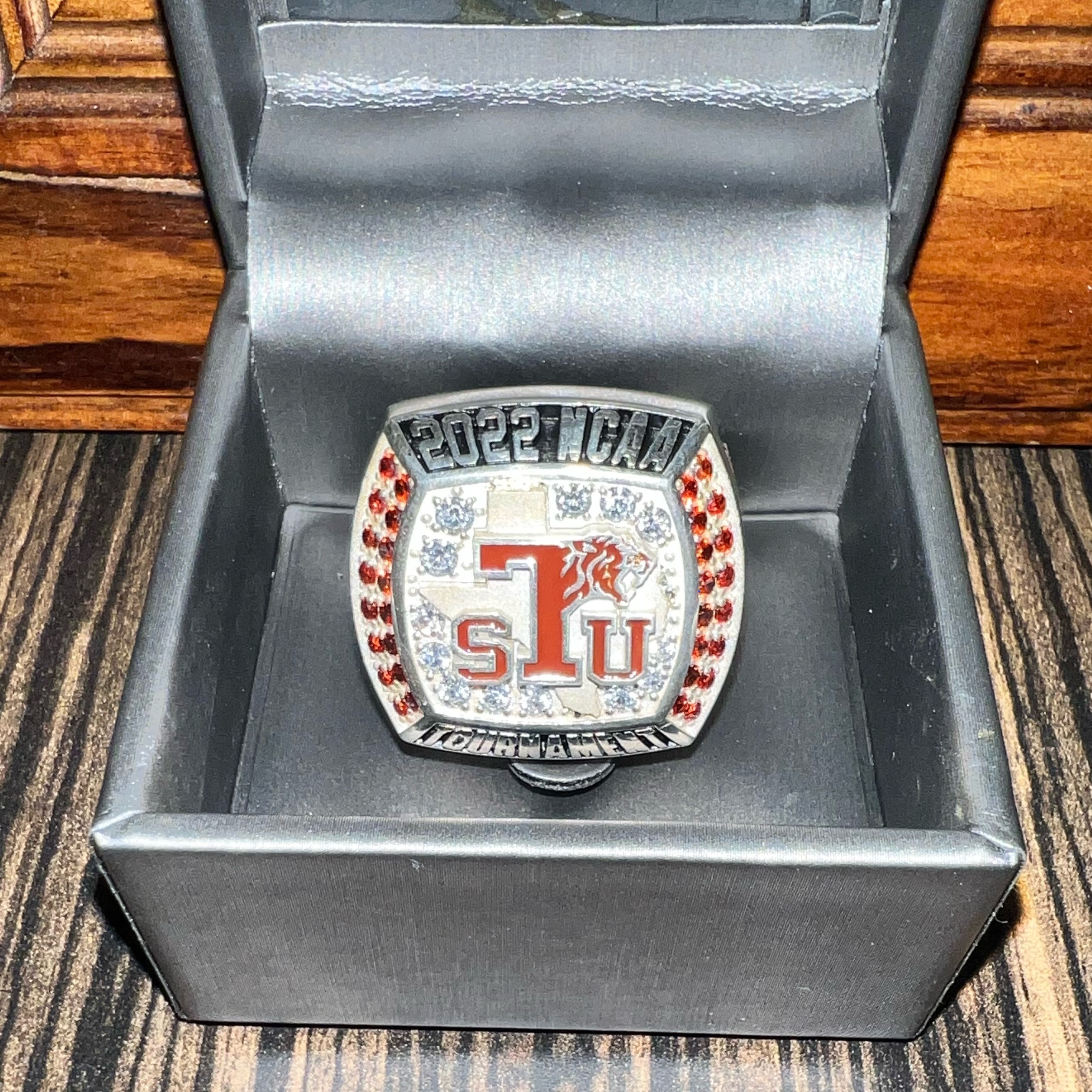 LAS VEGAS — There’s a Southwestern Athletic Conference championship ring propped up on a stand in the bedroom of Davon Barnes’ off-campus apartment near Texas Southern University. It’s a prominent bedside display that has less to do with braggadocio, and more to do with what’s expected of the players at the school located in Houston’s 3rd Ward.

“I make sure to look at that ring every day when I’m about to go to the gym,” said Barnes, a sophomore forward who earned the ring when Texas Southern won the SWAC championship last season. “For me, it shows the results you get when you put in the hard work.”

While the recent focus on HBCU sports was on the Jackson State football program, it’s debatable which one is the best HBCU football team. The under-the-spotlight SWAC champions will put their undefeated record on the line Saturday against North Carolina Central in the Cricket Celebration Bowl, a game the Jackson State Tigers under coach Deion Sanders lost to South Carolina State a year ago.

Not debatable is who has been the best HBCU men’s basketball program over the past decade, and that’s Texas Southern, which has earned six trips to the NCAA tournament since 2014. The Texas Southern Tigers will play this weekend in the Boost Mobile HBCU Challenge, a two-day, four-team showcase that includes Norfolk State, Hampton University and North Carolina A&T. The event will be held Saturday and Sunday in Las Vegas at the MGM Grand Garden Arena.

Texas Southern enters the showcase, which is hosted by Phoenix Suns guard Chris Paul, with a 2-7 record, but there’s good reason: So far this season the Tigers have the toughest strength of schedule in college basketball, which includes road losses against four top 25 teams (No. 25 Texas Tech on Nov. 10, No. 3 Houston on Nov. 16, No. 13 Auburn on Nov. 18, and No. 9 Kansas on Nov. 28).

That tough opening schedule is typical of many HBCU teams that fund their athletic programs by starting the season with road games against power conference teams. Norfolk State, the only team entering the HBCU Challenge with a winning record, has road losses against three top 10 teams (No. 5 Baylor on Nov. 11, No. 7 UCLA on Nov. 14 and No. 1 Houston on Nov. 29).

“When you play that type of monster schedule and you don’t have many home games, it’s tough,” said Johnny Jones, who has led the Tigers to two trips to the NCAA tournament since coming to Texas Southern in 2018. “If they can come together instead of splintering during that difficult schedule, that prepares you for the conference and gives you a chance to compete at a high level.”

The Tigers showed just how dangerous of a team they’re capable of being with a home win over Arizona State in the Pac-12/SWAC Legacy Series on Nov. 13. SWAC teams won three home games during the series (Grambling beat Colorado and Prairie View won against Washington State), which showed the results of the rare, flipped script where major conference schools play games on HBCU campuses.

“We’ve been fortunate to win some of those games against some of the major conference teams that we’ve played,” said Jones of the Tigers, who have won games at Florida, Baylor and Oregon since his arrival. “When we’re out recruiting, that’s a great selling point.”

A selling point that, with the increased freedom for players to transfer and play immediately, has allowed Texas Southern to add top-tier talent to an HBCU basketball program, similar to what Sanders was beginning to accomplish on the football side at Jackson State before taking the Colorado job. 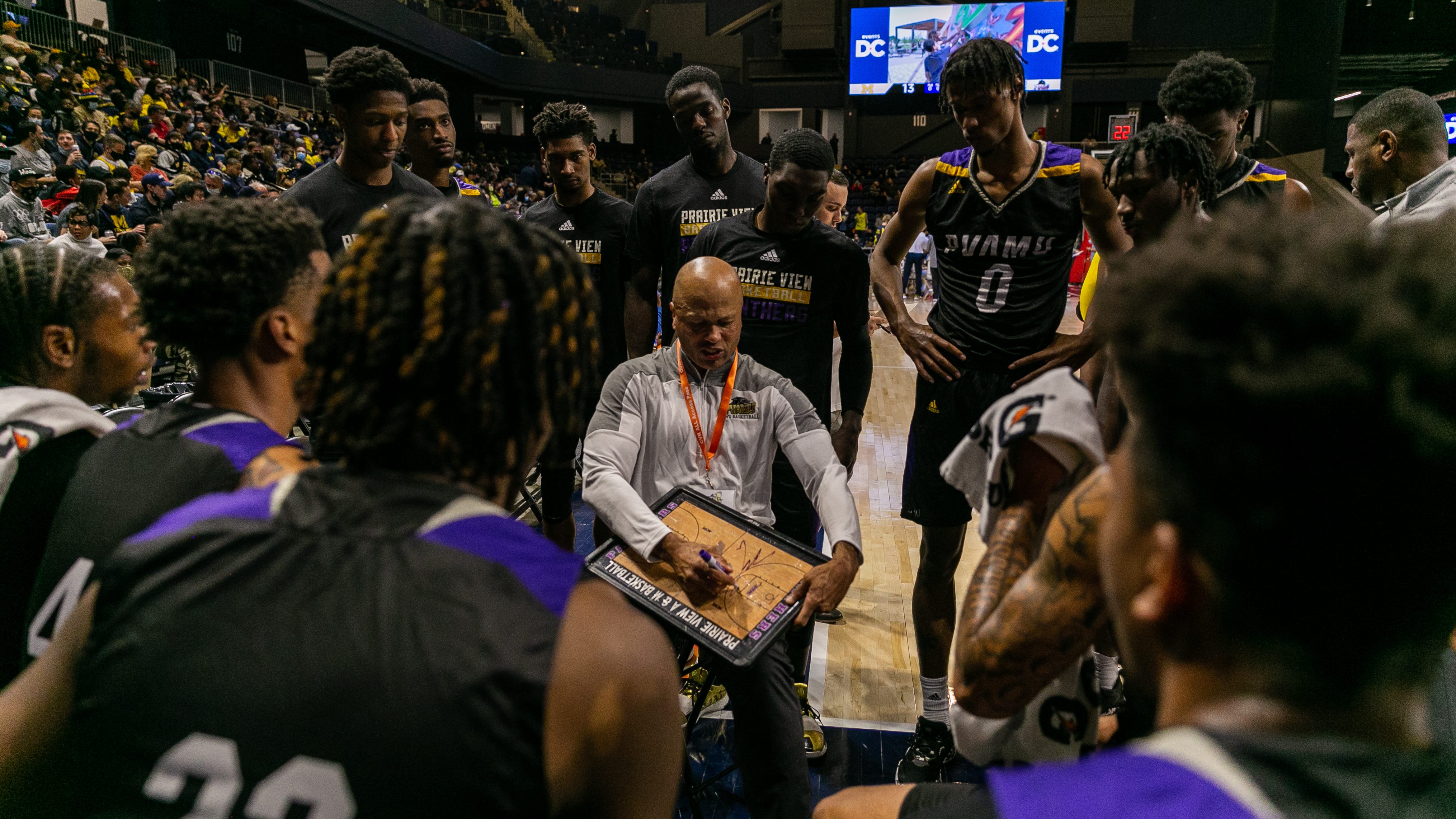 John Walker III, a senior forward and the team’s second leading scorer (11.3 points per game) is playing his fourth season at Texas Southern after beginning his career at Texas A&M; Joirdon Karl Nicholas, a senior forward, played previously at Montana and Stephen F. Austin; PJ Henry, a senior guard, played two seasons at Hartford; and Grayson Carter, a redshirt senior, had stints at Georgetown and University of Texas at Arlington.

The collection of those talented players has helped the Tigers win three NCAA tournament games in the past five years, matching the success of Alcorn State (three tournament wins between 1980-84). All those Texas Southern wins have come in First Four games.

“That’s the reason I came here, the culture,” said Barnes, a Memphis, Tennessee, native who is the team’s top scorer this season (15.1 PPG). “Here we get rings, we win championships and play great competition.”

Few associated with the school are prouder of the recent success than Kevin Granger, the vice president of intercollegiate athletics. Granger’s No. 10 jersey hangs in the rafters at the school’s Health & Physical Education Arena after a standout basketball career in which he helped the team win two SWAC championships and led the nation in scoring his senior year (27 PPG).

“We’re happy to be able to carry over the long tradition of success at Texas Southern,” said Granger, whose 1994-95 team crushed No. 16 Minnesota 71-50 in 1994. “We felt then that we could compete with anybody, and Coach Jones and this new generation has been able to continue that success. It just shows that we’re doing things the right way.”

That success — along with Jones’ previous affiliation with LSU, where he was a head coach for five seasons and an assistant for 13 — is the reason NBA great Shaquille O’Neal’s son, Shaqir, is on the basketball roster. O’Neal, a 6-foot-7 forward, is averaging 11.3 minutes as a reserve.

“It’s all about relationships and trust; I was an assistant at LSU when Shaq played there,” Jones said. “We recruited [Shaqir] and we’re happy he thought this was a place where he thought he could blossom and find his way. He’s made great strides, and we’re pleased with him.”

While Texas Southern is considered to be the top HBCU basketball program, this weekend the Tigers will have to prove it in the HBCU Challenge with games against North Carolina A&T (Saturday) and Hampton (Sunday).

“To be able to play in Las Vegas in a big area in such a phenomenal event, it’s great,” Barnes said. “This is a chance for us to further prove that the SWAC has good teams in the conference, and to show players that if you play at an HBCU, you have the ability to shine no matter what.”

Jerry Bembry is a senior writer at Andscape. His bucket list items include being serenaded by Lizz Wright and watching the Knicks play a MEANINGFUL NBA game in June.