Kerry Gordy wants to set the record straight about his friend and former client, who also happens to be one of music’s most habitual line-stepping hellraisers. In the new documentary Bitchin’: The Sound and Fury of Rick James, the late funk god’s longtime manager tells a story of how James, incensed by sluggish sales of his 1982 album Throwin’ Down, barged into the offices of Motown president Jay Lasker and, um, took matters into his own hands.

James reportedly snorted cocaine off a table, jumped on the label head’s desk, pulled out his penis and shoved it in the executive’s face. “Sell my god damn album!” he screamed, leaving behind a copy of his next release.

“Rick was Rick,” said Gordy, whose father is Motown Records founder Berry Gordy. At the time, Kerry Gordy was an executive at the label’s artists and repertoire department and later managed James. “But he didn’t whip out his privates in anyone’s face. I’ve gotten a lot of phone calls about that one.”

The punchline? It was Gordy who misremembered the story in the doc, which premiered at the Tribeca Film Festival in mid-June and is set to air on Showtime in September. With James, it’s easy to get lost in the fog of the off-the-rails antics famously memorialized by his riotous appearance on the Chappelle’s Show skit Charlie Murphy’s True Hollywood Stories.

Comedian-actor Eddie Murphy’s older brother recounted a wild night on the town in the mid-’80s with the drug-fueled performer — hilariously played by Chappelle wearing both a wig mirroring James’ trademark African braids and his towering boots. An out-of-control James sucker-punched Murphy, following up with his now-famous catchphrase: “I’m Rick James, b—-!” In the skit, the real James offered a deadpan summation for his reckless behavior: “Cocaine is a hell of a drug.”

Born James Johnson Jr., the Buffalo, New York, native was raised by a single mother who ran numbers for the Italian mob, and grew up to become the biggest star at Motown Records for a time. His 1981 Street Songs went triple platinum at a time when the music business was struggling to move units. The album’s success and its timing put James temporarily in the same company as the label’s immortals: Smokey Robinson, The Supremes, The Temptations, Marvin Gaye, Stevie Wonder and The Jackson 5.

But James had even more ambitious plans. He co-signed and produced blue-eyed soul talent Teena Marie, and her popularity in the ‘hood propelled her to two gold albums: It Must Be Magic in 1981 and Starchild in 1984. He disrupted the music business’ racial hierarchy, selling out multiple nights at 20,000-seat venues such as The Forum in Los Angeles and Madison Square Garden in New York, a rarity for a hardcore R&B act at that time.

But just months after his unlikely comeback in 2004, James died of heart failure at 56, the result of decades of hard living. A few weeks before his spirit ascended (or descended, depending on whom you ask), James told me just how out of control it got in an interview for King magazine.

“I could have brought Monte Carlo as much as I’ve snorted,” said James. “I’ve smoked half of Paris and most of Russia. And I’ve shot up Puerto Rico and drank up Mexico. I [went through] five yachts, three planes, 17 cars, four mansions, any [woman] that I wanted, and had $30 million in the bank. People were disgusted with the way I lived. Let’s talk real. I was a dumb motherf—er.”

Which is why there’s little surprise that the stories detailing James’ over-the-top reputation have dominated much of the press coverage of Bitchin’. The orgies, drugs and other excesses of stardom came close to ending his story almost before it began, putting James in the hospital in late 1979 when he nearly died of hepatitis. Watching Bitchin’, it’s clear that director Sacha Jenkins (who was nominated for an Emmy as a writer on 2019’s Wu-Tang Clan: Of Mics and Men) made it a point to add substance to James’ hedonistic image. Indeed, the documentary does something that has rarely been attempted before on the subject of James: It takes him seriously as a musical visionary.

In the film, Universal Music Enterprise A&R vice president Harry Weinger breaks down some of James’ most celebrated work as well as lesser-known cuts such as “It’s My Time,” a 1966 folk-rock song released by one of James’ earlier bands, the Mynah Birds (which also featured soon-to-be superstar Neil Young). The disco fake-out “You And I,” from James’ infectious 1978 debut album for Motown, kicks off with a Saturday Night Fever-ish intro, only to abruptly flip into high-powered funk.

“Super Freak,” James’ signature ode to “a very kinky girl/ the kind you don’t take home to mother,” gets a well-deserved dissection as well, highlighting just how trippy it was to hear a new wave keyboard riff over R&B production in 1981. The song was given a second life when MC Hammer sampled “Super Freak” for his 1990 radio hit “U Can’t Touch This,” pushing the dancing rapper’s Please Hammer Don’t Hurt ‘Em album to nearly 20 million in sales worldwide.

How lucrative were those publishing checks? According to James, the deal with Hammer was somewhere around 80-20%. The King of Punk Funk claimed to have received 80.

Then there’s “In My House,” a midtempo cut James wrote and produced for his girl group, Mary Jane Girls. In the film, Weinger plays a demo version of James singing the sensual come-on, which became a surprise crossover pop hit in the fall of ’85.

James was also a fierce industry activist. When MTV refused to play the video for “Super Freak,” he charged the cable network with “taking Black people back 400 years.” He and other Black acts didn’t buy MTV’s claims that R&B didn’t fit into its album-oriented rock format. Not when the white duo Daryl Hall and John Oates was getting endless play with a Black radio favorite like “I Can’t Go For That.”

James accused MTV of “blatant racism.” But in an interview with ABC’s Nightline, he complained that “I’m a crusader without an army. All these Black artists claim they’re behind me, but when it’s time to make a public statement, you can’t find them … they’re going to let me do all the rapping and get into trouble and then they’ll reap the benefits.”

James’ comments turned out to be prophetic. He watched bitterly as Prince, the opening act for his Fire It Up tour (their bonkers rivalry is the stuff of legend), and the future King of Pop Michael Jackson got their respective videos for “1999” and “Billie Jean” played on MTV in 1982.

By the next decade, James was becoming known more for increasingly disturbing incidents than his music. In 1991, he and his girlfriend Tanya Hijazi were arrested for imprisoning and torturing one woman with a hot crack pipe for refusing to take part in group sex during what was described as a marathon drug binge. He spent eight months at the California Rehabilitation Center before being sentenced to five years, four months in prison.

James maintained he was railroaded by the courts, but admitted he was in dire need of help. “The world knows I’m a addict, a junkie,” he told me.

This was a far cry from the young artist who, after scoring a staff songwriting job at Motown, hit the big time with his 1978 gold debut Come Get It! In the documentary, rare photos of his World’s Greatest Funk Festival performance in front of more than 100,000 fans at the Los Angeles Coliseum in 1979 offered a glimpse of James’ future as a headliner who would command $500,000 per show just months later.

When James was released from prison on Aug. 21, 1996, Gordy found a mature father who was seemingly content with raising his 11-year-old son. It looked like the humbled bad boy had finally cleaned up his act. “And you know what happened? My phone stopped ringing,” said Gordy, who today helps clients such as Robinson, Shanice and Teddy Riley in copyright termination cases. “Rick had created this super freak image, so people weren’t interested in a clean Rick James.”

What the public really wanted was the man who years later defiantly told the world, “I’m Rick James, b—-.”

After Chappelle’s Show, James was once again a wanted man … but not entirely on his own terms. He quickly capitalized on the public’s renewed interest with a sold-out club tour with Marie, fielded an onslaught of media requests and collaborated with hip-hop stars such as Busta Rhymes.

James’ show-stealing appearance at the 2004 BET Awards captured the complexity of his comeback. After appearing as a presenter, the singer commandeered the mic and proclaimed, “And for the girl backstage … to make it perfectly clear, never mind who you thought I was. I’m Rick James, b—-!” The celebrity-packed audience roared in approval. James and Marie later gave a surprise performance of his quiet storm duet “Fire and Desire,” which was met with a standing ovation. Never mind that the performer, who had suffered a stroke in 1998, was pitchy. Those in attendance were happy to see him in all his middle-finger-waving glory. 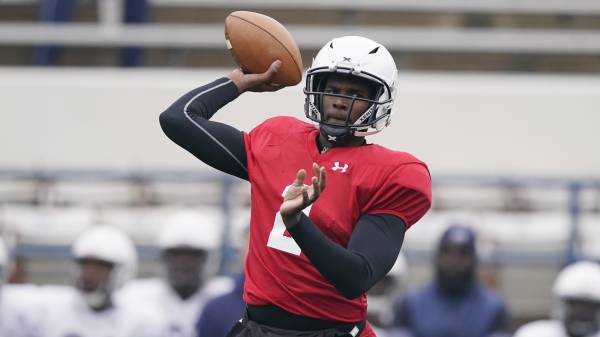 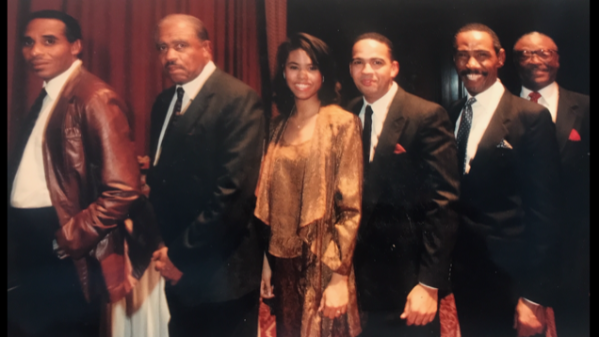 “It was a lesson to me in branding,” Gordy said. “You have to understand that the brand is not you. And I think that was Rick’s biggest mistake. Rick James was never the same as James Johnson.”

Keith “Murph” Murphy is a senior editor at VIBE Magazine and frequent contributor at Billboard, AOL, and CBS Local. The veteran journalist has appeared on CNN, FOX News and A&E Biography and is also the author of the men’s lifestyle book “Manifest XO.”