Dwyane Wade was five years removed from his third and final title with the Miami Heat when he was in Cleveland to witness Stephen Curry and the Golden State Warriors win the 2018 NBA Finals. After the Warriors sipped and sprayed champagne in celebration of their third crown in four years, Wade congratulated Curry and offered some advice.

“Nothing lasts forever,” Wade told about his conversation with Curry. “We just came off that same high they were on. I wanted to let him know to enjoy it because it’s not ever guaranteed to be this way for the rest of your career.”

After being unheralded out of high school, Curry is known as someone who is appreciative of his accomplishments, which include two NBA MVP trophies, seven All-Star appearances and three NBA championships. But Curry took heed of Wade’s message.

“That is a message that is real,” Curry told recently while reflecting on Wade’s words. “When you’re on top, it’s hard to see anything other than when you’re on top and being in that environment. Atmosphere is everything. That’s the energy and the juice and a level of basketball that you appreciate the most. So when you get on the other side and you’re trying to get back there, you do have an appreciation for the climb and for what that journey is.

“But I got what he’s saying. And not to take any of those years for granted, you remember how hard it is to win in this league and to get to that level.”

Curry, who has been playing at an MVP level this season, enters Friday leading the league in scoring (31.1 points per game) and made 3-pointers (5.1 per game). He is averaging 5.5 rebounds and 5.9 assists, too. But Golden State is no longer one of the top teams in the NBA. With a 29-30 record, the Warriors are currently ninth in the Western Conference.

After the Warriors won it all in 2018, the franchise has been hit hard with injuries. During the 2019 NBA Finals, where the Warriors entered as the favorites over the Toronto Raptors, the team lost Klay Thompson to a torn ACL and Kevin Durant to a torn Achilles tendon. They would go on to lose the Finals in six games.

Durant departed Golden State for the Brooklyn Nets that summer during free agency. Thompson sat out the entire 2019-20 season while rehabbing his knee. And Curry also missed significant time with a broken hand during the pandemic-shortened 2019-20 season. The Warriors ultimately failed to advance to the NBA bubble for a shot at the playoffs.

This season, the Warriors have continued to be without Thompson, who tore his right Achilles tendon before training camp. They also lost heralded rookie center James Wiseman for the rest of the season after he underwent knee surgery last week. While the Warriors still have a shot at making the playoffs through the play-in tournament, they are no longer the team to beat.

Wade warned that nothing lasts forever, but it’s those championship runs that keep Curry motivated.

“They are great memories for sure,” Curry said. “We’re two years removed from the ’19 Finals, three years from winning in ’18. I still remember what it’s like at the level. I want to get back there. So, that’s the motivation.”

Curry remains optimistic about the future in Golden State, where Thompson and Wiseman are expected back from injury next season. The team could also add a possible top-5 pick from the Minnesota Timberwolves in the 2021 draft.

The franchise’s all-time leading scorer believes the Warriors have the potential to be champs again. 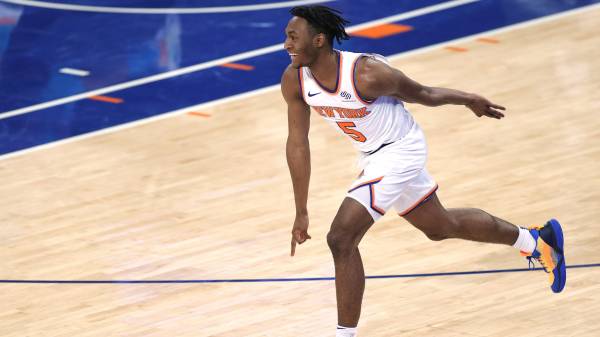 “Look around. We can contend,” Curry said. “We have a lot of growing to do for the rest of this season, see what happens. Going into next year, getting Klay back, get healthy, some pieces. We got a lot left in the tank.”