Pioneering soul singer Sam Cooke, also dubbed the “King Of Soul,” left an unmistakable mark on the music industry, and his contributions led to the opening of doors for other legendary vocalists of his time. Cooke was murdered under curious circumstances on this day in 1964 — a case which remains under heavy scrutiny.

Cooke was born in the town of Clarksdale in Mississippi and was one of eight children to his parents Reverend Charles Cook and Annie Mae Cook. Cooke, who added the “e” to his name for unknown reasons, sang in a variety of gospel groups as a youth. After years as a fan of the gospel group, The Soul Stirrers, Cooke joined the band after leaving high school.

After establishing himself in the group, Cooke began to branch out to secular tunes, landing the hit single “You Send Me” in 1957. Savvy and driven to succeed, Cooke established a series of publishing companies and signed a huge deal with RCA. Cooke also started his own label and worked with fellow singers Billy Preston, Bobby Womack and others.

Watch “You Send Me” here:

The 1960s were especially good to Cooke’s career, with the singer landing hit after hit. His crossover appeal — coupled with his good looks — helped catapult him to new heights. But with fame came tragedy, and the loss of his toddler son while he was away touring ripped apart his already troubled marriage to his wife, Barbara.

On the evening of December 11, 1964, Cooke met a woman named Elisa Boyer at a Los Angeles bar. The pair traveled to the Hacienda Motel, where reportedly, an incident broke out between them. After the incident, Cooke allegedly burst into the motel’s office and violently confronted the manager, Bertha Franklin, who shot the singer in the chest. The bullet went through Cooke’s heart, killing him instantly.

Based on Boyer’s account, she claimed Cooke kidnapped her and threatened sexual assault. She also claims to have called the police to alert them that her life was in danger.

Boyer’s stories, though, have been deemed inconsistent and lacking evidence.

Franklin’s accounts have also been under question, but authorities were never able to determine the true facts behind the death of Cooke.

At his funeral in Los Angeles, thousands attended and a performance of “Angels Keep Watching Over Me” by Ray Charles that was said to be stirring. Posthumously, Cooke landed other hits such as the classic “Change Is Gonna Come,” which became an anthem for civil rights activists.

Despite the tragic end to Cooke’s life, his musical contributions and impact on how male R&B singers are received today are arguably the most significant portions of his legacy. With a silky voice that remains unmatched and lyrics that stirred the soul, Sam Cooke’s music lives on forever.

Chicago Honors Legendary Singer Sam Cooke With His Own Street

First Father of Soul Music Born On this Date in 1931 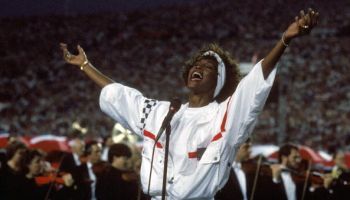