Shirley Sherrod: Why USDA Pick Tom Vilsack Is ‘Slap In The Face’ To Blacks

The news that former U.S. Department of Agriculture (USDA) Secretary Tom Vilsack has been designated to return to that cabinet position under Joe Biden‘s administration confirmed the worst suspicions for civil rights leaders and industry advocates who had been lobbying for a Black person to be nominated.

Ohio Rep. Marcia Fudge was their consensus preferred USDA candidate, but on Tuesday it was announced that she would instead be nominated to serve as the next secretary of the U.S. Department of Housing and Urban Development (HUD).

It proved to be somewhat of a bittersweet announcement that, on one hand, still meant Biden’s cabinet would continue to “look like America,” a reference to his pledge to have a diverse set of the president’s closest advisers that he is making good on. However, on the other hand, it also signaled that Biden would instead nominate Vilsack, who led the USDA during both of President Barack Obama‘s terms, but not without controversy.

In this case, Vilsack’s primary offense was the 2010 firing of Shirley Sherrod, a Black woman who served as the USDA’s Georgia Director of Rural Development. And it wasn’t just that he fired her, it was also how he fired her and the circumstances surrounding her firing.

Vilsack, who has maintained Sherrod resigned and wasn’t fired, apparently decided that a nefariously edited a 38-second video clip provided by Andrew Breitbart — for whom the racist, right-wing online news site is named — was proof enough that Sherrod was no longer fit to do her job. The footage contained expertly spliced portions of an address she gave to the NAACP during which she told an anecdote of meeting with a white farmer who needed federal help. The snippet was edited to have her say that she did not give the white farmer “the full force of what I could do” after he asked for assistance.

Breitbart said her comments in the video amounted to racial discrimination because she denied services to the white farmer. 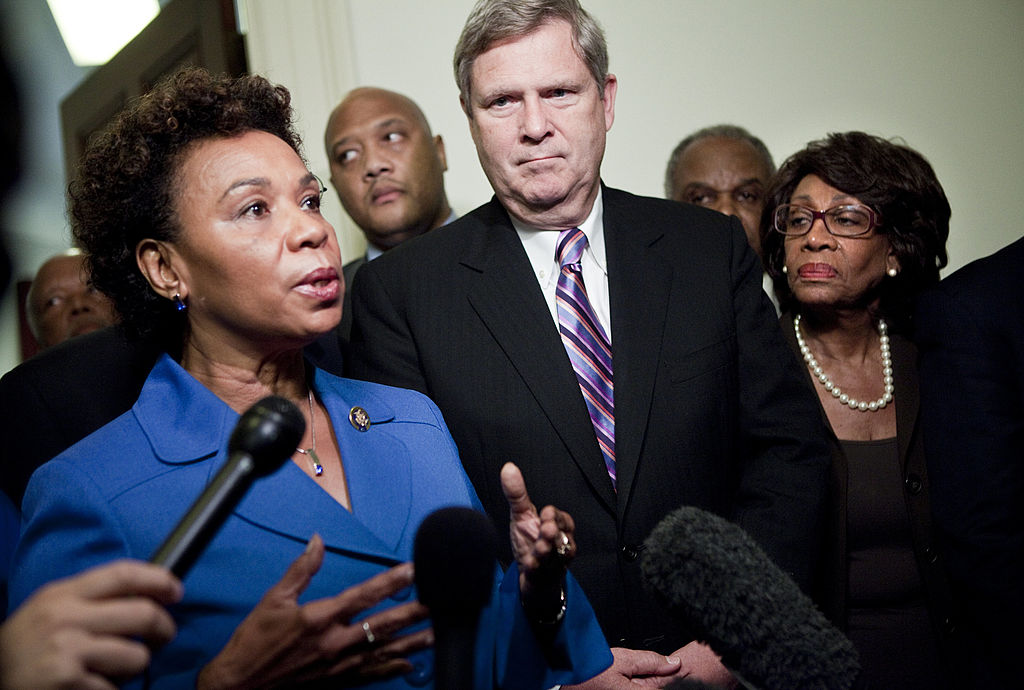 After Vilsack met with members of the Congressional Black Caucus about Sherrod’s firing in 2010, Maxine Waters’ side-eye says it all. | Source: Brendan Smialowski / Getty

Vilsack, without seeing the unedited video or reading her address’ full text, demanded her resignation.

However, the full, unedited video was later published showing that Sherrod actually told the audience she was able to use the encounter as a learning mechanism in the broader context of race relations and felt even more compelled to help the white farmer.

When Vilsack was able to wipe the egg off his face, Sherrod rebuffed offers from him and Obama to reinstate her employment in a role that was in a completely different capacity from the one she had been working.

“I’m not so sure that going back to the department is the thing to do,” Sherrod said at the time.

It was in that context that NAACP President and CEO Derrick Johnson made a direct appeal Wednesday to Biden to consider someone other than Vilsack to be his USDA secretary. Johnson was one of multiple civil rights leaders meeting with Biden and Vice President-elect Kamala Harris to express concerns and priorities for the incoming administration. He suggested nominating Vilsack would be insulting to Black people twofold, according to audio from the meeting that was leaked and published on the Intercept’s “Deconstructed” podcast.

“Vilsack could have a disastrous impact on voters in Georgia,” Johnson said in a nod to the contentious Senate runoff races scheduled to culminate in two crucial elections early next month.

The implication was that if Vilsack is Biden’s guy, Georgia voters (read: Black voters) may take it as a personal affront. After all, Black voters are the ones largely credited with securing Biden’s election in the state whose electoral college votes all but sealed the general election. Without the support of Black voters on Jan. 5, it’s doubtful that Rev. Raphael Warnock and Jon Ossoff will win their elections, a prospect that would give Republicans a coveted majority in the U.S. Senate and complicate at least the first two years of Biden’s presidency.

Just to make sure his point was understood, Johnson added: “Shirley Sherrod is a civil rights legend.” 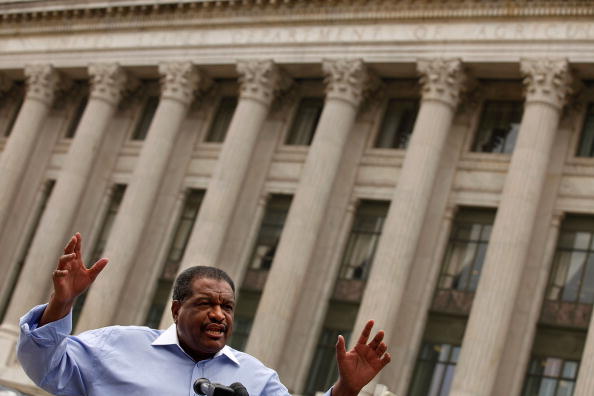 Aside from that unfortunate stain on Vilsack’s tenure, the USDA — on his watch — also misrepresented data that covered up racial discrimination against Black farmers and ultimately led to the loss of crucial land they used for growing crops.

“We’ve failed to achieve adequate representation in the food and agriculture industry workforce,” the group wrote for NewsOne in a recently published op-ed. “Instead, we have heard the dog whistle of ‘urban’ and ‘rural’ as code for Black and White, respectively. The reality is there are many rural communities with large minority populations. For them, USDA is the only game in town.”

(Reminder: HUD‘s secretary-designate is Fudge, a Black woman who said just last month, “You know, it’s always ‘we want to put the Black person in Labor or HUD.’”)

All of the above prompted Varshini Prakash, the executive director of the Sunrise Movement, an agriculture-minded anti-climate change group, to resent the implication of Vilsack returning to lead the USDA.

“Vilsack’s term at the USDA under Obama was particularly disgraceful for Black farmers,” Prakash said in a statement emailed to NewsOne. “If Biden appoints Vilsack to lead the USDA, it would be a slap in the face to Black Americans who delivered the election to Joe Biden. Vilsack failed Black farmers before – it’s not necessary to give him another shot when other candidates are well qualified for the role.”

Standing On The Promises: The Need For Black Representation In Agriculture