Shilo Sanders is ready to deliver big hits against opponents, then talk trash about it — ThePowerBloc

Jackson State safety Shilo Sanders laughed at the question, which it was designed to make him do.

How did your father, who had a reputation for making business decisions on the football field, raise a son who loves delivering big hits?

“That’s a trick question,” Sanders said laughing. “A lot of people didn’t watch his college highlight tape because he has a lot of big hits on there.

“I think he started thinking about it in the pros. In college, he was into it.”

In case you haven’t figured it out, Sanders’ father is Jackson State coach Deion Sanders. And you can blame former Atlanta Falcons cornerback Bobby Butler for teaching Deion that he needed to pick and choose when to sacrifice his body for a tackle.

“He knows that because he looked me up,” Deion Sanders said of his penchant for tackling in college. “He once showed me a tape. I had no idea there was a whole tape of me hitting in college.” 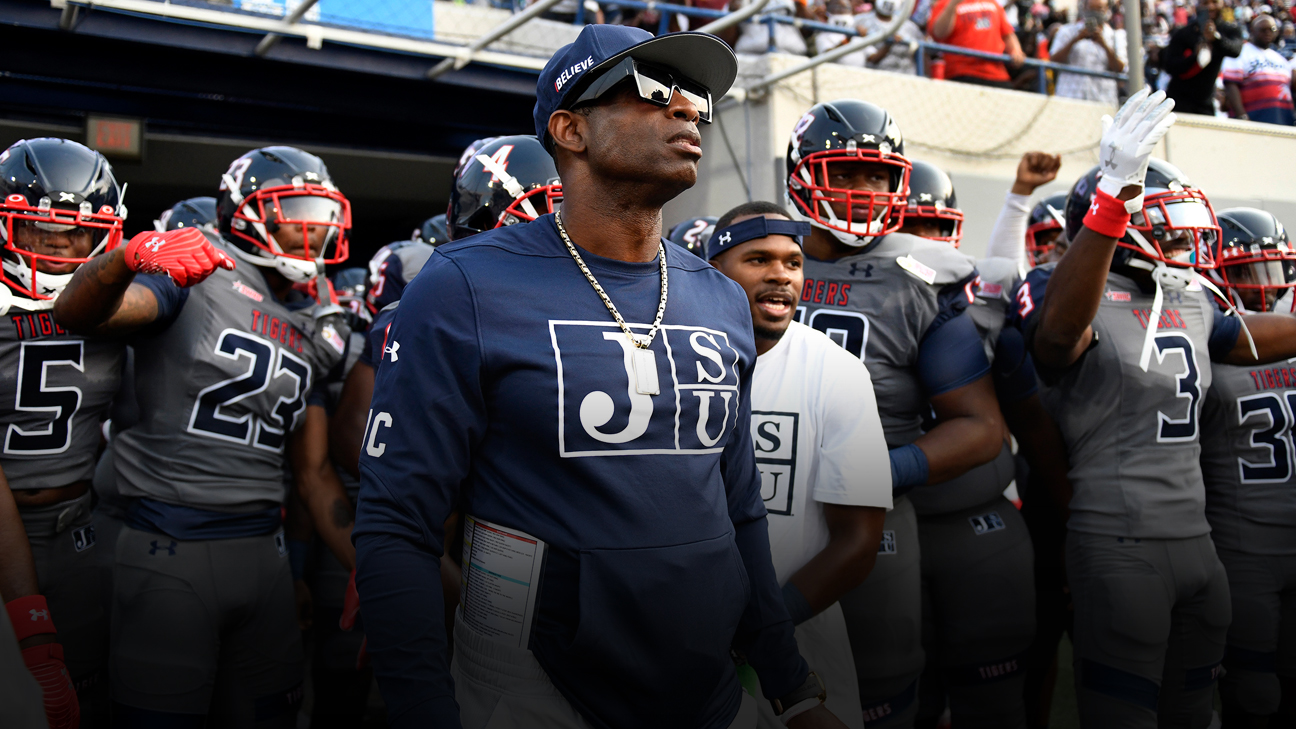 Shilo Sanders, who is 6 feet and 195 pounds, is a transfer from South Carolina and the most physical player in Jackson State’s secondary. He’s arguably the hardest hitter on a defense that ranks No. 1 overall in the Southwestern Athletic Conference (SWAC).

Jackson State has allowed just 246.3 yards a game and 3.6 yards a play so far this season. The Tigers have allowed just 12.8 points a game.

Sanders has delivered at least one signature hit in every game this season. The only thing he loves more than hitting is telling his opponent about it.

“I’ve always been the guy that be talking trash the whole game — just going crazy out there,” Sanders said. “I’m a competitor and I just want to let the other guys know that they’re trash.

“I could play against an NFL team and I’d feel like no one was better than me. Just playing with that mentality is how I get things done.”

“Shilo is physical. He gets to the ball. He loves the game. He’s very energetic. He’s very emotional. Truly talkative,” Deion said. “He’s the emotional leader by far.

“They listen to Shilo. They want to see him do this thing. He ain’t backing down and they respect that part of him.” 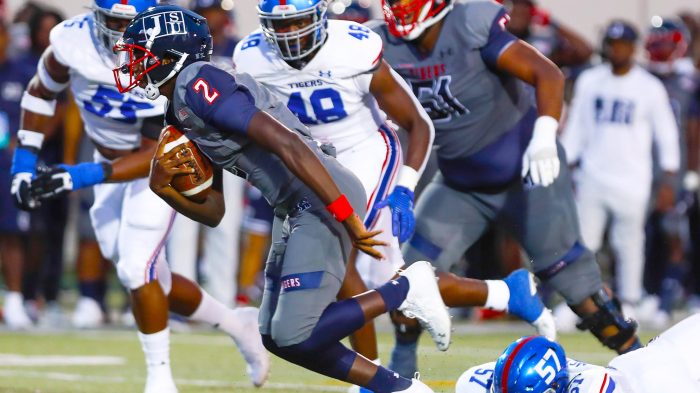 “When you meet somebody who has a famous parent, you never know how they’re going to be,” said Warren, “but he’s a regular person. We’re on the same level and it makes us better.”

Sanders will have every opportunity to impact Jackson State’s biggest game in years. The winner of the Saturday contest against Alabama A&M will be the favorite to represent the West Division in the SWAC championship game. The game will be broadcast on ESPN+.

Alabama A&M’s Aqeel Glass, the SWAC’s top quarterback, is one of the game’s top-rated passers.

Glass will test Jackson State’s secondary. When he does, Sanders will be looking to deliver a game-changing hit.

It’s what he does.

“Shilo is so physical and he’s so known for what he does right now, even in the four games we’ve played them dudes ain’t coming across the middle like that,” Deion Sanders said. “They know they’re getting hit. He has that kind of respect. We try to calm him down because he’s a talker. All the passing they’re doing, he’s going to catch somebody.”

Glass passed for 440 yards and 6 touchdowns against Jackson State in the spring. Sanders didn’t play in that game.

“I’m not too concerned about them. I’m just focused on paying attention to our assignments and we’ll take care of all that,” he said. “We’re not even thinking about them. We’re already the better team by the guys we have. We just have to go out and play and do our jobs.”