Georgia Republican Herschel Walker, currently leading its race for the U.S. Senate, failed to disclose over $3 million in earnings in his last federal disclosure form.

As reported in Business Insider, the former standout University of Georgia running back and NFL star filed candidate financial documents five months later its staffers reviewed that changed his original income figure to over four times the amount.

In December, Walker filed paperwork listing his and his wife’s joint earnings as $927,886. The sum was made up of earnings from several corporations, including $100,000 in income from Renaissance Man Food Services, LLC.

Sunday, Walker made changes to his candidate report, reflecting that he’d made $3.2 million from H. Walker Enterprises in addition to his previously reported earnings, bringing their actual total earnings from late 2020 through the end of 2021 to $4.1 million. 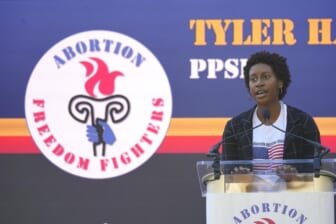 The U.S. Senate Select Committee on Ethics mandates that senatorial candidates submit a candidate report describing income, assets, compensation, and other financial detail in the span of 30 days of officially filing for candidacy, cites Business Insider. Candidates who fail to do so face the possibility of a fine or Justice Department inquiry, but misrepresenting that amount goes largely unnoticed — either by authorities or potential voters.

Former president Donald Trump threw his support behind Walker’s Senate campaign, and he faces an ambitious mix of Republican rivals, including two other Black men, in Georgia’s primary on May 24. If successful, Walker will face incumbent Democratic Sen. Raphael Warnock in the November general election.

Despite Walker’s front-runner status, his Republican primary opponents hope to drive him into a June runoff, making their fair share of attacks on his character, including mentions of alleged domestic abuse. Last month, Georgia Agriculture Commissioner Gary Black, thought to be Walker’s top adversary, did so in a stump speech at a Putnam County Republican Party gathering. 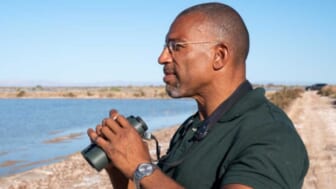 “Folks, he can’t win in November,” Black told them, according to Politico. “The baggage is too heavy. It’ll never happen.”

“Let the Democrats pour $140 million on top of domestic violence and threatening shootouts with police,” he continued. “Let that happen. That discussion is going to be had right now. I’m pretty passionate about that.”

Walker and his team have been largely mum regarding the amendment of the financial report. He’s bypassed traditional onstage debates against his opponents this election season, and his silence has come under fire by Black and the other Georgia Republicans vying for the Senate seat.