Democratic Rep. Cori Bush of Missouri has introduced a new bill that could transform the way American police officers work in their communities.

The People’s Response Act would fund community systems to respond to mental health emergencies, led by health officials rather than law enforcement.

Bush — who was a mental health nurse in her native St. Louis for more than a decade — is the lead sponsor of the legislation. Since being elected to Congress in 2020, she has been outspoken in her determination to reform American policing.

“Public safety is a public health issue. It’s time our approach reflects that,” she wrote in a press release from her office. “The People’s Response Act will transform public safety into a system of care rather than criminalization, healing rather than incarceration and prevention rather than policing. We are safer when our communities are well funded, our people are healthy and housed, and our children have nutritious meals, excellent schools and green spaces to play in.”

“Our communities deserve a better response to mental health and substance use crises,” she continued, “which is why this new Division would be tasked with creating a trauma-informed federal response unit that can be deployed to communities to support state and local governments in responding to emergency situations, substance use and mental health crises.”

The bill is co-sponsored by three of Cori Bush’s Democratic colleagues: Reps. Ayanna Pressley of Massachusetts, Jan Schakowsky of Illinois and Pramila Jayapal of Washington.

“For too long, our flawed approach to public safety has centered criminalization, surveillance and incarceration, rather than care, justice and healing,” wrote Pressley. “Our bill would help change that by directing the federal government to take a health-centered approach to public safety and investing in trauma-informed, community-based responses that will truly keep people safe.” She adds that she’s proud to join Bush in the sponsorship of the transformative bill. 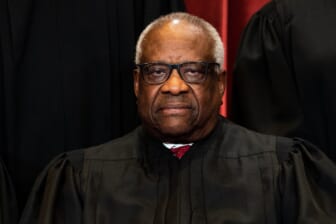 According to Cori Bush’s office, The People’s Response Act would, in part, create a new public safety division within the Department of Health and Human Services to fund and coordinate research, technical assistance and grant programs that would make investments in public safety through approaches that don’t require incarceration.

The act would also create a federal first responders unit to support states and local governments with emergency health crises. Additionally, it would set aside $7.5 billion in grant funding for state and local community-based public safety and $2.5 billion to hire emergency first responders, such as licensed social workers, mental health counselors, substance use counselors and peer support specialists.

Scott Roberts, senior campaign director of criminal justice at Color of Change, praised the legislation, calling it “a powerful counter to the carceral-based policing system that has hurt so many communities and destroyed so many lives.”

“Public safety is a public health issue, and we must finally invest in the services that truly make us safe,” said Roberts. “We urge Congress to join Cori Bush, support this bill, and work to create true safety in our communities.”