In what’s become a running trend, there’s some good news to report about Quinta Brunson.

It was announced last week that the talented TV star is extending her professional relationship with Warner Bros. Television Group. Deadline reported that she signed a multiple-year overall deal with the studio that produces the show (alongside Disney’s 20th Television) she created and stars in, “Abbott Elementary.” This is Brunson’s first deal of this stature and under the exclusive pact, the Emmy-nominated writer and actress will create, develop and produce new projects for multiple platforms for the studio.

“I’m excited to expand my long-running creative partnership with Warner Bros. With ‘Abbott’ as our anchor, I look forward to what we’ll create next,” Brunson said in a statement.

Brunson and Warner Bros. have a rapport that goes back to 2018 when she was cast in the studio’s CW pilot “The End of the World as We Know It.” This is where she first worked with “Abbott Elementary” executive producers Justin Halpern and Patrick Schumacker, who were writers for the pilot at the time. On top of executive producing “Abbott,” Halpern and Schumacher also oversee HBO Max’s “Harley Quinn” and have their own overall deal with the studio. Brunson also had a recurring role on The CW/Warners’ former drama “iZombie.” The three worked together to reimagine Brunson’s idea to do “Abbott Elementary” as an animated series and crafted it into ABC’s critically acclaimed Emmy-nominated comedy series.

“Quinta Brunson is a tour de force and a powerhouse talent, and we are beyond thrilled to be continuing our partnership with her through this new overall deal,” Warner Bros. TV Group chairman Channing Dungey said in a statement. “What Quinta and her ‘Abbott Elementary’ team have achieved in the first season is just extraordinary. We cannot wait for season two, and to explore many future projects with her in the coming years. I’m so grateful that Quinta is part of our WBTV family, and I look forward to many more years of successful collaboration.”

“Abbott Elementary” is nominated for seven awards at this year’s Emmy’s, including a nod for lead actress for Brunson in addition to for writing and outstanding comedy series. Season two will return next month on ABC. The sophomore season will have 22 episodes.

Once again, congrats to Quinta on doing what she does best…MAKING BOSS MOVES! 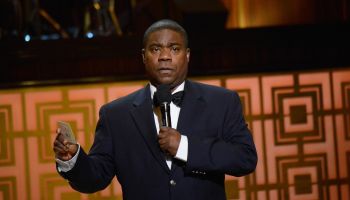 Swizz Beatz And Timbaland The Latest Creatives To Beef With Triller