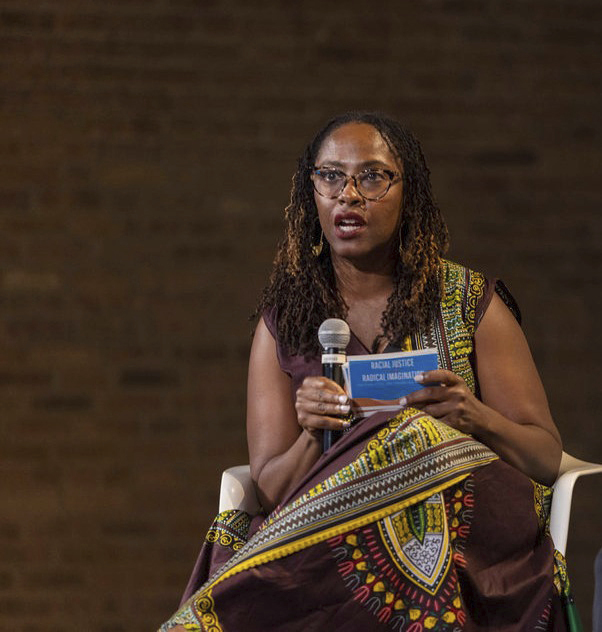 A new effort to help grantmakers change the way they work so they can better support Black-led nonprofits was announced Monday. Abundance is a collaboration between three Chicago-area grantmakers, Chicago Beyond, the Grand Victoria Foundation, and the John D. and Catherine T. MacArthur Foundation.

Abundance is not a pledge, but rather a program for grantmakers. The foundations are in the process of hiring a director for Abundance and have given the group an annual budget of $400,000 for three years. Much about the way it works will be determined by the director, but the idea is to provide a forum for grantmakers to learn from one another about how to change their practices so they are more effectively supporting Black-led groups, which are often small, locally focused, and historically underfunded.

“When we think about the actual change that needs to happen, it requires more than a signature and a promise,” says Liz Dozier, CEO of Chicago Beyond. “The promise has to be undergirded by some type of actual commitment and then action.”

The MacArthur foundation will provide funding and support as needed, says John Palfrey, the foundation’s president. Palfrey says he was drawn to the program in part because of MacArthur’s recent efforts to include justice as a part of its decision making in all of its grantmaking. He hopes the foundation’s involvement will show others in philanthropy that a big global foundation can also participate in this effort.

“The Abundance movement to my mind is going from the promise that we’ve been talking about to the practice, and being really intentional and clear and accountable about our grantmaking,” Palfrey says. “None of these things easily happen overnight.”

Abundance is trying to address longstanding problems in philanthropy, says Liza Mueller, vice president of thought leadership and knowledge at Echoing Green, an organization that invests in and provides support for leaders of emerging social enterprises. Echoing Green conducted research that found groups run by leaders of color receive less money from foundations than those run by whites and that the money they do receive is more likely to have restrictions on it.

Mueller says that right now, grantmakers are interested in giving to groups led by people of color, in large part because of the demands for racial equity in 2020. But their own internal practices sometimes prevent them from doing that effectively. She says Echoing Green has been approached by corporations and foundations that want to give to Black-led nonprofits. They generally want to fund larger groups that have a long history. Mueller says that because of the historical underinvestment in these organizations, few meet that criteria.

“Once you start to put those kinds of parameters on the things that you want to fund, the pool gets just smaller and smaller with every restriction you put into place,” she says. “It seems really great in the beginning because you’re making the commitment, you’re making this pledge, but then once we get to the end, it’s very challenging to find the right matches.”

Palfrey has seen similar limitations among grantmakers that have led to inequitable funding. “Big philanthropy does need to change its parameters,” he says. “We do need to work in ways that will change the course of history and in ways that are different than we have in the past. And some of that is finding ways to resource organizations at earlier stages.”

Dozier of Chicago Beyond and Sharon Bush, the president of the Grand Victoria Foundation, were inspired to start Abundance after reading an editorial in a local business newspaper that called on racial-justice protesters to pipe down, otherwise they would lose support from the civic and business communities.

Philanthropy, she says, was also part of the problem. “We often have these ways of thinking about Black communities as problems to be solved as opposed to people that we will love, like any other groups of people,” she says. “What would we do if we decided to support them differently?”

Bush and Dozier wanted to find ways to get more grantmakers interested in supporting Black-led nonprofits with multiyear grants, to understand the challenges Black-led groups faced and to help such groups grow in a way that can be sustained.

The goal is to bring together a group of foundations that want to learn about how to include more Black-led groups in their grantmaking and ultimately get more funding out the door to them.

“It’s about how do we fundamentally change practice and our own understanding of how bias creeps into our practices,” Dozier says. “It really is not some scripted thing, but rather truly trying to learn together to do better.”

There are no funding targets — the group is simply asking grantmakers that join Abundance give more to Black-led groups. The group plans to track that funding, although Bush and Dozier couldn’t say for certain whether those figures will be public.

Abundance plans to reach out to foundations that are curious but may not yet be engaged rather than just those already successfully funding Black-led groups. That would not increase the amount of money available to these groups.

Bush and Dozier say the incoming director will have his or her own ideas about how to bring foundations into the effort, but they both expect that a certain amount of phone calling and basic outreach will be necessary.

The involvement of the $7 billion MacArthur Foundation may help, Meuller from Echoing Green says. “I think it really sends a signal to the field,” she says. “We need more household-name institutions to make these kinds of partnerships and make these kinds of campaigns, because that is a really important factor for how change happens in the field.”

Foundations that join should be prepared to really engage and learn, Dozier says.

“We’re not just telling people to go do this thing,” she says. Instead, she says, participating grant makers will be part of a community “where all are welcome to join and begin to explore practices and try things and mess up and work together to advance the cause and to act.”