One hope for the next generation of Black athletes —

Black athletes face one of the most formidable opponents daily. This foe isn’t affiliated with any college program or professional league. This adversary doesn’t have an arena, stadium, court or diamond that it calls “home.” This invisible enemy is omnipresent and diabolical in its efforts to upend a Black athlete’s goals, hopes and dreams. This nemesis of the Black athlete is … disposability.

As a former head athletic trainer at the high school, collegiate and professional levels, I witnessed how precarious and unpredictable it can be for an athlete to compete consistently with maximum effort and be expected to deliver the desired outcome – a win. It’s at the heart of my discussion with columnist Clinton Yates during Presents: A Room of Our Own, which airs at noon ET on Sunday on ESPN.

If Black athletes don’t conform to the team’s standards, they’re disposable. Don’t produce on game day or crunch time? Disposable. Express their personality a bit too much? Disposable. Suffer an injury that requires surgery? Disposable. The Black athlete’s body is viewed as an easily replaceable possession.

Athletes are aware that their careers are likely to be short. A reserve role means you’re replaceable and forgettable. You have to be a legend as a Black athlete to be lauded.

So many factors can affect an athlete’s performance from a personal issue to an injury to an unanticipated situation. The one constant is that an athlete is still expected to give optimal effort and deliver a game-changing performance no matter the situation.

I saw some Black athletes who I worked with and players with other teams treated like they were disposable goods. An injured player might get treated with disdain or indifference because he wasn’t available to play. They were isolated from the rest of the team in an effort to ostracize them. 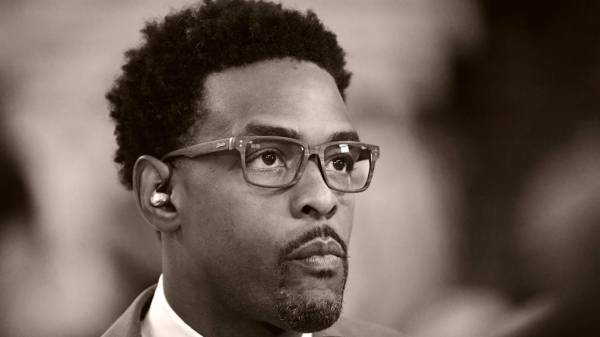 The concept isn’t new. In the mid-1990s, I attended a powerful lecture by Harry Edwards, a renowned sociologist and civil rights activist. At the lecture, Edwards shared his personal experiences in the 1968 Games along with his candid thoughts about sports in American culture. He spoke about the myth of Black athletic superiority, dealing with stereotypes of a Black man’s physical prowess, and debunking the idea that Black athletes lack the intellect to be anything other than a jock.

The narrative is finally shifting. It’s inspiring today to see Black athletes at all levels and in all sports worldwide making an effort to reclaim their physicality by putting on full display the array of other talents they possess beyond the games they play. The More Than An Athlete movement has become a catalyst to encourage Black athletes to unapologetically showcase an inspiring array of interests from product design to content creation to entrepreneurial endeavors.

It’s my hope that we will advance beyond this long-standing belief that Black athletes can only offer their physicality as a way to better their circumstances. To quote James Baldwin, “Not everything that is is faced can be changed. But nothing can be changed until it is faced.”

Kevin Carroll is an author, speaker and performance catalyst. He has dedicated his life to advancing education, sports and play as a vehicle for social change and success.