Nicole Beharie at the Los Angeles Premiere of “Honk for Jesus. Save Your Soul.” Source: Axelle/Bauer-Griffin / Getty

Deadline shared the exclusive announcement on Wednesday, Aug. 24, that Beharie will join the cast of Apple TV+’s hit drama series. The “Miss Juneteenth” actress will play Christina Hunter, a grounded, competitive and charismatic millennial who is a new anchor on “The Morning Show.” Christina works hard, plays hard and navigates the Teacup with good-humored irreverence.

“The Morning Show” follows the professional and personal lives of employees of media conglomerate UBA, focusing on the group that puts together the network’s morning show. Season 2 found the team emerging from the wreckage of hosts Alex (Aniston) and Bradley’s (Witherspoon) actions to a new UBA and a world in flux, where identity is everything and the chasm between who we present as and who we really are comes into play.

Fans are thrilled to see Beharie score her first series regular role since her role in Fox’s “Sleepy Hollow.”

Berharie is a lead in the Sundance breakout “Honk For Jesus. Save Your Soul,” debuting September 2. Berharie previously starred in Channing Godfrey Peoples’ “Miss Juneteenth.” As for television, Beharie recently appeared in Amazon’s anthology series “Solos and the HBO limited series “Scenes From a Marriage” opposite Oscar Isaac and Jessica Chastain. She is set to star opposite John Boyega and the late Michael K. Williams in “Breaking,” which received the Special Jury Award at this year’s Sundance Film Festival.

While the upcoming season of “The Morning Show” is currently in production, you can catch up on the first two seasons on Apple TV+. Stay tuned for more updates.

Madam C.J. Walker Honored By Barbie With Inspiring Women Doll In Her Likeness 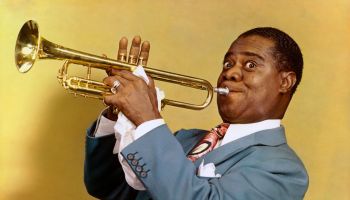