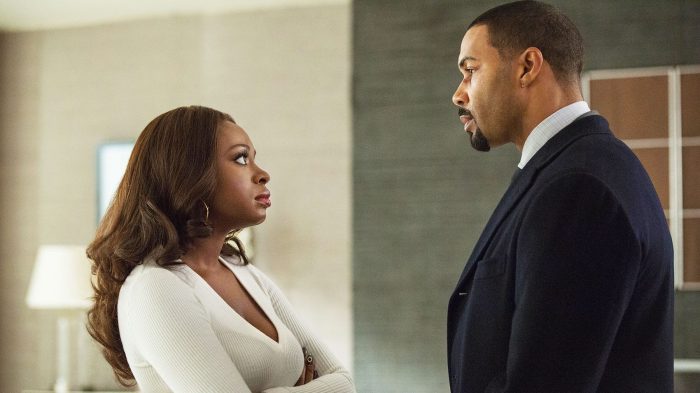 Before landing what he describes as the role of a lifetime in Power Universe’s latest installment, Power Book IV: Force, St. Louis native Isaac Keys had dreams of a career playing pro football. But after spending six years bouncing around the NFL and one season in the CFL with little playing time in either league, Keys realized he needed to pursue other dreams.

Keys, who took an acting class in high school, remembered how comfortable he felt playing different characters. He enrolled in acting classes again and has pursued acting full time for the past decade.

The latest Power spinoff, which premieres Sunday on Starz, follows fan favorite Tommy Egan (Joseph Sikora) as he leaves New York for good after losing both his best friend and the love of his life. Tommy heads to Chicago, where he runs into Diamond (Keys), a gentle giant who, before being imprisoned for 15 years, was the head of one of Chicago’s most notorious crime families. Upon his release, Diamond is not happy to find Tommy on his home turf trying to run the show.

Besides Power Book IV, Keys has appeared in various TV shows over the years, including Criminal Minds, Lucifer, The Rookie, Supergirl, The Oath and Get Shorty.

Keys spoke with about his college days at a historically Black college and university (HBCU), his journey from the gridiron to a Hollywood set, and the time he competed for Omarosa’s (yes, that Omarosa) affection.

This interview has been edited for length and clarity.

Being from St. Louis, how did you end up at Morehouse College in Atlanta?

Honestly, Morehouse wasn’t even my first choice. My father showed me the pamphlet [for Morehouse] when I was coming out of high school. I was like, ‘Is that an all-guys school? Yeah, I’m not going there.’ This is college we are talking about. But he wanted one of his children to go to an HBCU. My sister didn’t go to one, so he tried to put it on me to go.

I actually ended up transferring to Morehouse. I wanted to play football [in college]. My senior year of high school I wasn’t getting offers. Then my best friend was getting ready to go to the University of North Alabama and they had won the [conference] championship three years in a row before I got there. So, I made the decision to go to North Alabama because I wanted to play football. I played linebacker throughout high school. But at North Alabama, they wanted me to play tight end. After redshirting my first year, I realized this wasn’t college to me and it didn’t feel like college. That’s when I thought back to my father talking about Morehouse. I applied and got accepted.

How would you describe your HBCU experience?

It felt like home. As a Black man, I felt at home. I felt a sense of family and community. I felt seen. I still today have close friends [from Morehouse], and not only friends and classmates, but staff as well. A lady named Jackie Davis who worked in the [athletic] director’s office was my ‘Morehouse mom.’ The former athletic director, Andre Pattillo, is a friend of mine. One of my professors is a close friend of mine and mentor. I developed family relationships leaving from an HBCU. I look at my other friends that went to bigger schools and they don’t have those types of lasting relationships.

What do you think about Deion Sanders getting top recruits to come to Jackson State and potentially other HBCUs? 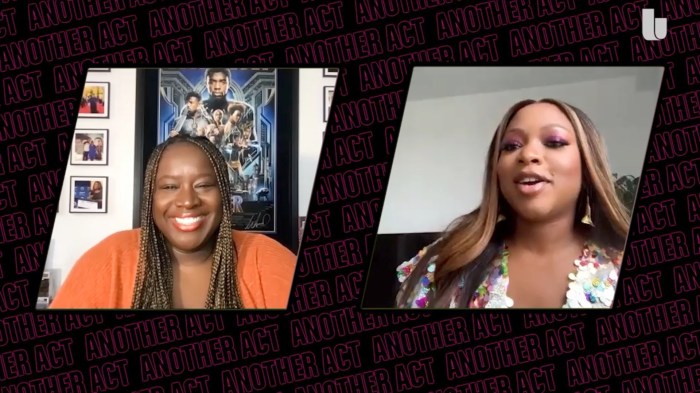 I love it. I love the part where Deion Sanders is being a voice not just for Jackson State, but for HBCUs in general. I would like people to speak up. I would like [Grambling football coach] Hue Jackson to speak up and be a voice for HBCUs, along with [Tennessee State coach] Eddie George. Speak up on those things. But, I also want to challenge HBCUs to also update their own schools. That means building facilities. Let’s use the money and donations that comes into some of these schools to build a top-notch facility, so they can compete with other Division I schools that are not HBCUs. A lot of high school athletes are looking at these HBCUs and saying, ‘My high school is better than these school facilities.’

After the NFL, what led you to acting?

Well, the first thing that took me from the NFL to Hollywood [was that] I needed a job! For players, the NFL can also be known as ‘Not For Long.’ When my rocky six-year career came to an end, I was sort of lost and was trying to find where I fit into society now that football was gone. Being cut and being 30 years old, which is an old age in football, I knew no one was going to pick me. I didn’t know what the hell I was getting ready to do with my life. One of the hardest things to do is to find that passion and something else.

When I left football, there was no emphasis on mental health, anxiety and depression. I feel like I faced all those things but didn’t know that I was going through it. All I knew was to fight through it and just keep going through, because those things were not things that you didn’t think of. You just push through it and suppress those emotions. So, after running down a few paths of trying to figure my life out, whether it was personal training, marketing, security work, then some on-camera work, I realized I was drawn to the camera and found excitement in telling a story through the eyes of a character. When acting came about, I started completely over. I moved to LA, took acting classes and slept on my cousin’s couch. I eventually got a commercial agent. I just went to auditions and continued to take more acting classes. I was just grinding and grinding.

Tell us about your first time on a TV show.

Well, it was a reality show called Donald J. Trump Presents: The Ultimate Merger on TV One. It was my first time on TV outside of football, where I had no helmet on and people saw me as a person. I had a chance to meet him [Trump], several times. I’m not a fan of Donald Trump, but that was just the name of the show. It wasn’t about him. And this was back in 2010. At first, I didn’t want to do it [the show] because I didn’t take reality TV seriously and other people didn’t take it seriously either at the time. My agent said, ‘Hey, I just got an audition for you, so people can see your personality and name with a face without the helmet.’ 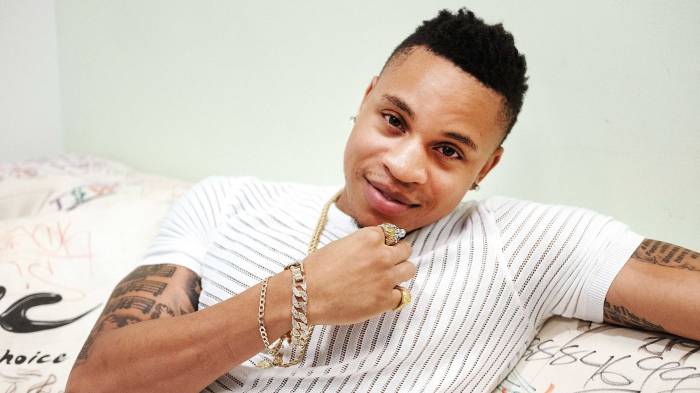 So, I did the audition and they told me that they wanted me to be a part of it. They didn’t pay us anything for it. It was simply for the opportunities and the exposure. Back then, there was no Bachelor or Bachelorette TV show with mostly African Americans, maybe not even with minorities. So, it was gonna be the first African American Bachelorette, with a group of 12 men who were minorities, pursuing her for love. I was one of those men and Omarosa Manigault Newman from The Apprentice was the bachelorette. I made it to the final three. That was far enough for me. But it was a great experience, man. I’m glad I did it. It gave me a platform and I started to have a little fan base for a second after that.

What did you do when you learned you got the part to play Diamond?

First off, it’s great to hear you talking about Power Book IV, because it’s the one I feel like everybody’s been waiting for. It is a spinoff of one of the main characters, Tommy Egan. When I got the audition, I was like, ‘This is it.’ I really feel the character. I had auditioned already before for characters on Power Book II and Raising Kanan. I didn’t get those, but this one just felt right.

When I got the role, there was a lot of yelling. There was a lot of F-bombs. There was a Michael Jordan jump in the air and a Tiger Woods fist pump. When I read the role, I was like, ‘This is me. This is me. This is me.’ The physical description, the struggle, those types of things. I was like, ‘This is me.’ They [acting teachers] always taught me not to be attached to any role, but I couldn’t help it. I start attacking the character. I did auditions and tests and finally got the part. It was surreal because I’ve been a fan of Power since day one.

What were your favorite movies or favorite actors growing up?

I loved Westerns because I watched them with my dad a lot, along with comedy movies. Eddie Murphy, Richard Pryor and Carl Weathers were big to me. But I never knew I wanted to act as a kid. I just knew I enjoyed entertainment and an audience. As I learned later, I love this part of my personality. I enjoy laughing and having a good time. I incorporate something like that into a camera. I started finding the truth in acting and passion. When I lost the passion for football and it was gone, it took a chunk of my heart and my soul. I didn’t know what I was going to do, but acting kind of saved me.

After Diamond, what type of role would you like to play next?

I think I would like to play someone’s love interest. I also like comedy. Things where I can show the other side, the funny side. Most of my roles are like, the bigger Black guy who’s kind of the enforcer. Sometimes I want to get to the soft spot to smile, laugh and be more playful.