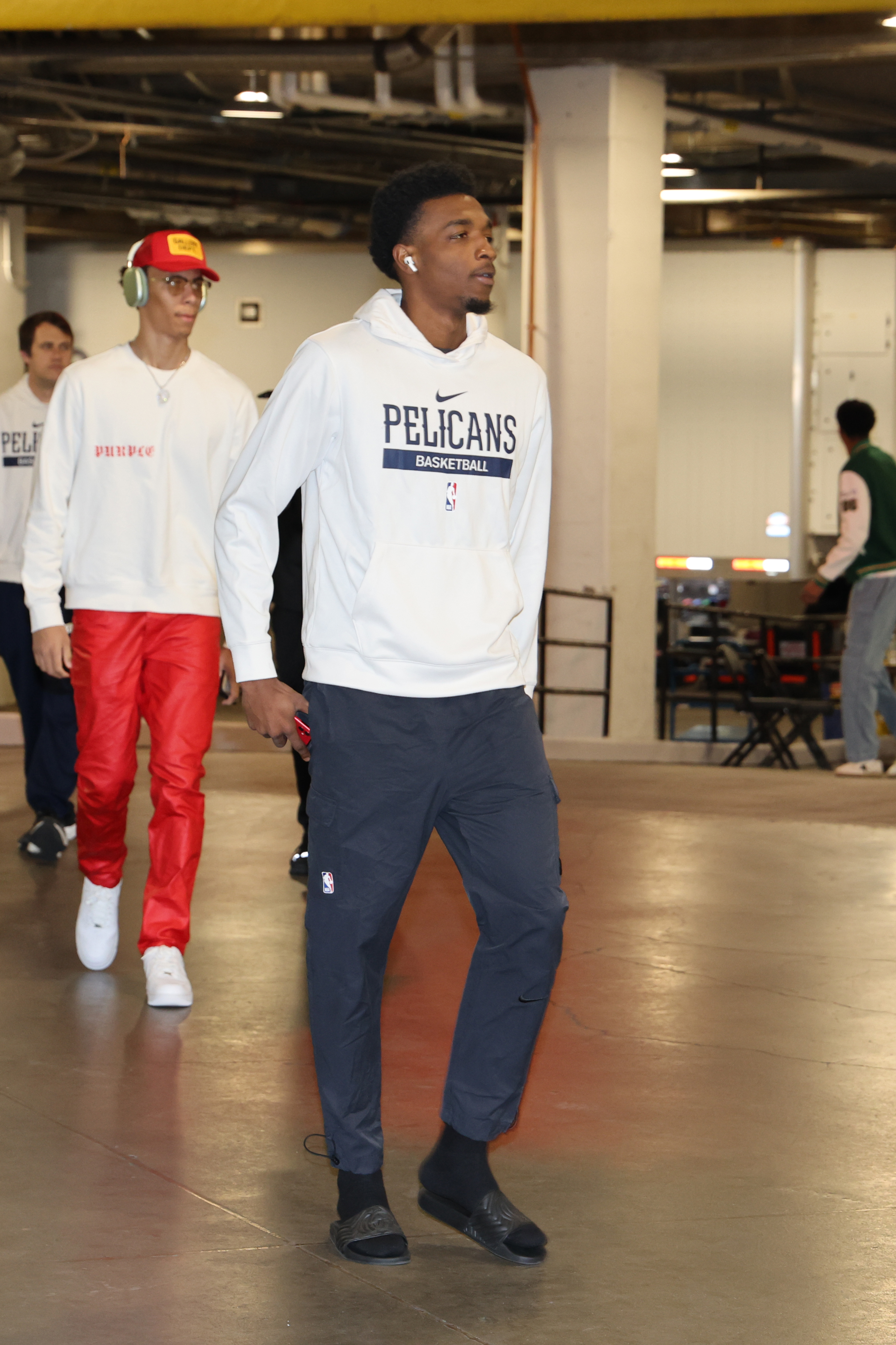 NEW ORLEANS – It’s commonplace for NBA players to exit their luxury cars dressed to impress as they enter arenas. To their delight, videos and pictures are taken of them that land on social media and television screens.

And then there is camera shy Herbert Jones, whose preferred fashion is the free New Orleans Pelicans gear that he usually dons when he arrives at the Smoothie King Center in his old car from college.

“Save that money. That’s how I think,” Jones recently told Andscape. “As soon as we get to the locker room, we change our clothes and [I] put on our basketball stuff anyway. I just try to walk in supercomfortable. I try to save, man. I’m not worried about what somebody would say about my appearance if my family is doing good or better than what they were.

“I think long term for my kids. If I have to wear Pelicans gear or whatever team gear for the team I’m on for the rest of my career, then my kids or kids’ kids can go to school for free just based on what I earned in the NBA. Then I’m good. I’m cool.”

The NBA is filled with players known to march to the beat of a different drummer. But whether its cars, jewelry, clothes, or some unique hobby, it’s not uncommon for NBA players to spend at least some of their riches on luxury items. Jones, however, will only spend a dime if necessary.

For example, Jones still drives the same 2018 Dodge Charger he drove at the University of Alabama. He says the odometer is at about 60,000 miles. Most of his Pelicans’ teammates drive expensive luxury cars. Pelicans and New Orleans Saints owner Gayle Benson, owner of Mercedes-Benz of New Orleans, parks her Maybach sedan in the arena during games.

Jones is in no hurry to buy one of Benson’s cars or one from any other dealership. 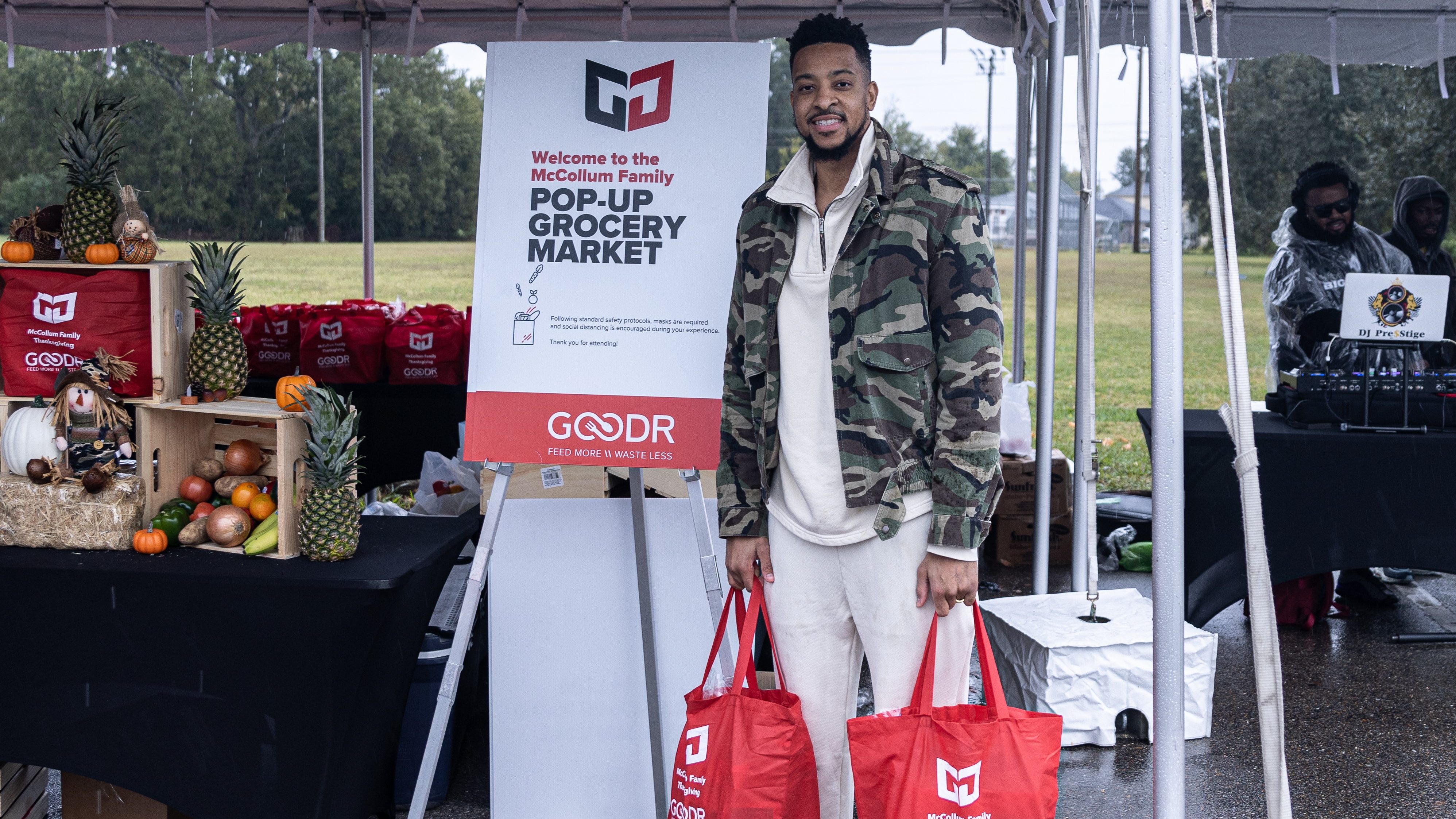 CJ McCollum diary: ‘Around the holidays, it’s important to share the love and spread the love’Read now

Jones’ light use of social media stems from his belief that it has drawbacks.

“It is good to have a social media presence, especially in this field,” Jones said. “But it can be a trap as well. If I’m opening up what I am doing every day, that is allowing a million people that I don’t know to have a say-so. They can say something about what I’m doing. And if I see it, even though I may not respond, I still see it.

“I do have accounts. I will repost some stuff on the team or some family stuff. But my whereabouts or posting a lot, I don’t do that. I try to stay away from it. I always try to stay low-key.”

“I respect the way he carries himself. That is who he is,” Williamson said.

Jones spent most of the offseason after his rookie campaign in New Orleans working out in the Pelicans practice facility. The slender 6-foot-8 forward, who will earn $1.7 million this season, did not want to pay for a vacation. Pelicans center Larry Nance Jr. offered to pay for Jones to go on vacation. Jones declined.

Jones’ father did recommend that his son take two days off. So, Jones got into his Charger and drove for four hours to his small hometown of Greensboro, Alabama, for his short vacation. No money of any note was spent as he slept one day and went fishing the next. Afterward, Jones drove back to New Orleans, returned to the Pelicans practice facility and got back to work.

“[Nance] was telling me to leave, but I really didn’t want to spend any money,” Jones said. “I went bass fishing back in Alabama and came back the same day. I didn’t go to the gym that day. I came back and went to the gym the next day.”

Part of Jones’ rationale for not spending money was the financial education he received at Alabama. He says he usually stays well under his budget. Jones says he has financial advisers who offer wise money advice about his income and taxes.

Jones gave simple financial advice that can help anyone.

“Save more then you spend. It’s that simple,” Jones said. “And I think a lot of people might not think it’s that simple, but once you dummy it down, yeah, it’s supersimple. I joke around with my teammates if we go somewhere, and they go shopping. ‘Why are you spending all that money? You can save that money.’ And they always tell me, ‘You know, man, you’ll make enough of it.’ And I’m like, ‘Man, I’m good.’ ”

There is one thing that Jones will spend money on.

“I really do stuff for my family,” Jones said. “If my brother needs something, I tell him not to hesitate to reach out. Same with my mom. My close friends. The ones that know, know that they can ask me. I wouldn’t say I have a weight on my shoulders at all because if the role was reversed, there would be a select few that would do that for me.”

Continuing with the theme of beating his own drum, Jones is much more worried about being known for defense than offense.

Jones’ pride in his defensive skills initially emerged during his youth with a drive to win 1-on-1 basketball games. The 2021 Southeastern Conference Player of the Year was also named the league’s 2021 Defensive Player of the Year and was a two-time SEC All-Defensive team selection. Jones heeded advice to work on his jump shot after his junior season to become a true NBA prospect. But defense ultimately was the key skill that convinced the Pelicans to select him as the 35th overall pick in the 2021 NBA draft.

“I grew up wanting to just play defense,” Jones said. “I just love to hoop and so I know that’s part of the game. I love offense, too. Who doesn’t? But I know defense is a part of the game and is just as important. I can lead and show guys that you can do both, play both sides of the ball. I won’t say be a lockdown defender. Just giving an extra effort on a defense makes all the difference in the world.”

Jones finished his rookie campaign during the 2021-22 NBA season ranking third in steals (130) and fourth in deflections (243) in the league. He was the only rookie in New Orleans franchise history to have 80-plus steals and 45-plus blocks in a single season. He joined Chris Paul as the only New Orleans rookies to have 100-plus steals and set a rookie record for consecutive games with a blocked shot (16).

Jones was named to the 2022 NBA All-Rookie Second Team while also receiving first-team votes. Ten of the 100 voters also included him on their 2022 NBA All-Defensive team ballots last season.

Williamson and the Pelicans are in awe of Jones.

“Herb defensively is the most special defender I’ve seen in my life with my own eyes,” Williamson told Andscape. “He does some of the most amazing things. He goes out there and just battles. That is what I respect about him every night.

“He just battles. Whatever coach asks him to do, he does.”

Jones teammates yell, “Not on Herb,” when he makes defensive stops. His ability to athletically block 3-point shots gets him on more highlight reels than his dunks. He also had six steals in a game against the Los Angeles Lakers last season.

“He is going to be something special,” Pelicans guard Garrett Temple said.

Jones scored 12 points in a 105-101 win over the Oklahoma City Thunder on Monday, but it was his four steals and three blocks that received more notice. Thunder guard Shai Gilgeous-Alexander is one of the NBA’s most feared scorers, but his 31 points came on 7-of-21 shooting Monday night. With Jones as his primary defender, he shot 2-for-7 from the field, missed all four shots in the second half and was forced into a bad turnover and an offensive charge in the final minute. Jones also nailed two game-clinching free throws after throwing the ball off the back of a Thunder player on an inbounds play, then getting fouled.

“I thought he was fantastic,” said Pelicans coach Willie Green on Jones’ defense on Gilgeous-Alexander. “In his stance, contesting shots, I thought a couple calls didn’t go our way when it comes to Shai getting to the foul line. But Herb is outstanding. His defensive instincts are incredible, and he guards the best guys every night and he does a fantastic job doing it.”

Jones is also well-known for being the Pelicans’ biggest gym rat, which has helped him get better offensively. He is averaging 10.5 points, 3.7 rebounds, 2.1 assists and 1.3 steals in 28.6 minutes for New Orleans this season.

But Jones aspires to become an All-NBA defender, not one of the league’s leading scorers.

“That is one of the accolades I strive to get,” Jones said. “I feel like getting an All-Defensive award doesn’t just speak to my ability, it speaks to the kind of guy I am. Whatever is best to for the team. If you get an All-Defensive award, you’re looked at a hardworking glue guy. I like being that dude.”

Marc J. Spears is the senior NBA writer for Andscape. He used to be able to dunk on you, but he hasn’t been able to in years and his knees still hurt.