The Lost Boyz had “Renee.” Nipsey Hussle had Fatts. Tupac Shakur had Latasha Harlins. Hip-hop’s propensity to immortalize its own is a long-standing trait. So the Netflix documentary Biggie: I Got a Story to Tell is working in a long tradition as it tells the story of The Notorious B.I.G. and one of his closest friends, Roland “Olie” Young.

Premiering Monday — eight days before the 24th anniversary of his murder — the 97-minute film touches on the expected topics: the demise of his friendship with Shakur, his unparalleled aesthetic in making music and the fame that brought and eventually took Christopher Wallace’s life. By in large, it is story of Wallace that’s been passed down in the near quarter century since his death — how to tell a story on one of the most famous musicians of all time in a way that’s both unique and fair. It’s a complex benchmark for on anything B.I.G.-related. While Wallace died only two months shy of his 25th birthday, this documentary, unlike previous projects, focuses heavily on his life before achieving superstardom.

For years, Damion “D-Roc” Butler has hinted at the hours of home video footage he recorded of his best friend. Butler famously took a gun charge for Wallace and served time in prison in the early 1990s. Even though much of Wallace’s time on earth has been extensively covered, seeing him, if only for seconds at a time in previously unreleased moments, is fascinating. With a camcorder, Butler captured their daily life, from concerts to tour buses with no air conditioner to hotel high jinks. Sometimes, Wallace, Butler and the crew would watch his footage for entertainment. Other times, it was all business — like determining which songs elicited the biggest reactions from crowds to determine future set lists.

The footage featured in I Got a Story to Tell is but a sliver of Butler’s archives. But the objectively imperfect documentary does stands out for a particular revelation and captures a bond that only hip-hop die-hards, in particular Biggie fans, may recognize. Whenever the story of Biggie Smalls is passed down, the normal list of names appears from his mother, Faith Evans, Lil’ Cease, Lil’ Kim, Mister Cee and more. All of whom are empirically irreplaceable. Yet, rarely, if ever, is Roland “O” Young discussed. The memory of Young is evoked only in spurts in the documentary, but those are the film’s most gut-wrenching moments. “Miss U” isn’t the first song mentioned from Wallace’s diamond-selling sophomore album Life After Death. But it is where Young, aka “O,” lives in the annals of hip-hop history.

“I love that n—a O, too,” Wallace said on the song’s intro. “That was my motherf—ing heart.”

As Butler dubs him, Young was “the original hustler” who “schooled everyone.” Both Young and Wallace were teenage crack dealers making, according to Wallace, a couple thousand a week hustling on Fulton Street. This is what they dropped out of high school for. Yet, beyond their joint love of money, there was a deep and genuine brotherhood.

Young repped Bedford-Stuyvesant, but Young was also a descendant of the drug game in the Brownsville section of Brooklyn, New York, where his uncle, Carl Bazemore, aka “I-God,” carried a reputation for carnage and chaos.

Wallace’s first major rap moment came on May 27, 1991, at Bedford Avenue and Quincy Street. Months before he connected with Sean “Puffy” Combs at Uptown Records, it showed a lot of people, including Wallace himself, that there might be a life outside the drug game. Before then, only two places in Brooklyn were aware of Wallace’s lyrical exercises – his home base on Fulton Street and, because of Young, Brownsville.

“When Biggie came on our side to f— with O, he was always rhyming,” street lieutenant Frank Nitti recalls in I Got a Story to Tell. “His swagger’s like, ‘I ain’t gotta be the handsomest. I ain’t gotta be the in-shape n—a. I’ma kill you with these jokes. I’ma kill you with these social skills.’ He was always trying s— out on you like, ‘Yo, check this one out.’ ”

The drug game, like the music game, is uncertain and unforgiving. Wallace and Young continued to distribute crack because, in their eyes, no other option existed. Except, Young felt, if Wallace made it in the music industry – then they could escape the streets. An only child, Wallace treasured his friendships with people such as Butler, Chico Del Vec, who introduced him to selling crack, Suif “C-Gutta” Jackson and Hubert Sam — and they all understood the depth of his bond with Young.

In a sense, Young was Wallace’s first Puffy. Use their time in the streets as inspiration, but go all-in on the music, Young pleaded. Everywhere Young went, Wallace’s name was never far from his lips. He’d tell anyone who’d listen, and even those who wouldn’t, that his friend from Bed-Stuy was primed for rap superstardom.

It had all the makings of an inspirational ‘hood coming-of-age film. A time-stamped video in I Got a Story to Tell shows Wallace performing “Party and Bulls—,” the first record he and Puffy worked on, on May 24, 1992 — nearly a year to the day after the fateful battle at Bedford and Quincy.

Young’s vision appeared to be materializing. His best friend was working with a music executive who helped launch the careers of household names such as Heavy D, Mary J. Blige and Jodeci. Less than a month later, he was dead.

A June 18, 1992, New York Times article provided the basic details of the shooting that occurred shortly before noon at a bodega in Brooklyn. Young was shot in the stomach by his uncle, Bazemore, who then was shot in the back by a store employee. Both died on the scene. The reason for the shooting is never explicitly revealed in the documentary, but it is insinuated. Not everything is meant for a documentary.

“We lost our man, O. Suif locked down. Only real original members of The Ave. that’s still out there is like me and Chic[o]. That’s about it,” Wallace recalled in a 1995 interview. “Definitely [feel lucky to survive] because I was supposed to be with him. Fulton Street is a bad luck avenue. If you was to go do something on Fulton Street, it may start off prosperous. It may look good for a long time, but believe me, something gon’ happen wrong. That’s just the way it is on Fulton. It’s just taboo.”

Given Wallace’s own death two years later, his synopsis of the risks in his old stomping grounds cut deep. Young’s murder shook the future Rock & Rock Hall of Fame inductee to his core. 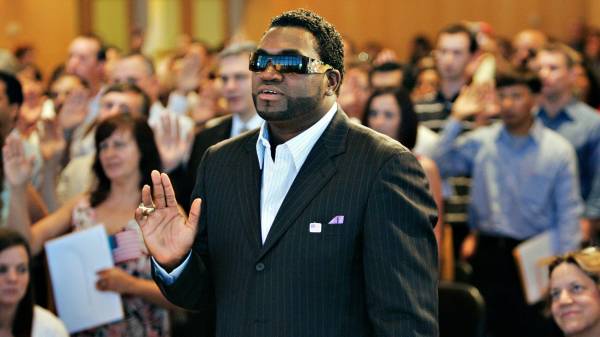 “When he talked about Olie and Tupac,” singer and estranged wife Faith Evans recalled, “[those] were certainly times that I saw him really become emotional.”

Despite naming his first album Ready To Die, Wallace didn’t want to meet the same fate as Young. He felt a responsibility to become the star Young knew he would be. The tragic irony is that the world Wallace fought so desperately to escape is the one that pulled up on him at the corner of Fairfax Avenue and Wilshire Boulevard in the early-morning hours of March 9, 1997. By the time most of the world heard “Miss U” two weeks later when Life After Death dropped, Wallace and Young were already reunited in the afterlife.

I Got a Story to Tell is far from the definitive work on Christopher Wallace. That honor still resides with Cheo Hodari Coker’s 2003 biography Unbelievable. But it is a worthwhile look into the life that birthed the self-proclaimed “rap Alfred Hitchcock.”