On a night when the NBA’s stars put on a show, with Team LeBron defeating Team Durant 170-150, HBCUs made their presence known with their own talent. Vice President Kamala Harris shared motivational words. Singer Gladys Knight belted out the national anthem. Clark Atlanta’s choir sang “Lift Every Voice And Sing.” Marching bands introduced the players. Step teams performed. And three NBA referees who attended HBCUs officiated during the game.

At the end of the night, the NBA and National Basketball Players Association donated $3 million to HBCUs and those affected by COVID-19.

NBA All-Stars, as well as players and coaches connected to HBCUs, said there are still many hurdles for HBCU basketball programs hoping to land top talent. But the exposure was important.

“A huge reason why they are not being considered by the top players are the resources and the facilities aren’t on the same level of these conference schools,” said Portland Trail Blazers All-Star Damian Lillard, who loved the fact that HBCUs were highlighted by the NBA. “It’s not as appealing.

“This is a start with the NBA including [HBCUs] in things like this. Their being put on the radar of more kids because of how many kids follow the NBA is a step in the right direction.”

“We’ve just got to continue to stay the path, stay committed to the work,” said Brooklyn Nets All-Star Kyrie Irving on supporting HBCUs. “That’s most important.”

“HBCUs are going to have to continue to develop their athletic programs,” Joyner said. “They’re going to have to build the infrastructure and facilities for development on their campus. If those things happen, you have a great chance of recruiting some of these good student-athletes.

“One thing that HBCUs have to be worried about for overall survival is that athletics has not jumped in front of any part of the university in terms of development. We’re going to have to build facilities as resources to attract people to our campuses.”

“[It’s] hard to sign the high-caliber, top-tier guys out of high school because of lack of exposure provided by most,” said Jones, who formerly coached at Louisiana State University. “When they transfer away from majors to HBCUs, occasionally there is some baggage and could be considered damaged goods. Unfortunately, it may hurt others who just had a bad experience at the other institutions.

“This trend tends to put guys in position to go overseas instead of trying to clear the hurdles that are constantly in the way. It has potential to change in the near future, because guys are more aggressive in trying to recruit those guys than before. The narrative and the support shown by the NBA guys will only help.”

“The opportunity came with FAMU and I jumped right on it,” James said. “It’s a prestigious institution. Great school. Great campus. Great kids. Great lineage. Great history. It fit perfectly and I’m happy to be a part of that program.”

Former NBA guard Avery Johnson starred at Southern University and won a 1999 NBA championship with the San Antonio Spurs. Johnson, who has coached the Dallas Mavericks and the University of Alabama, believes getting more HBCU basketball games on television will also help.

“The key is convincing kids that they can play on national television,” Johnson said. “The networks follow talent. … We need a LeBron James, Dwyane Wade, Chris Bosh-type of combination to be outliers to do it.”

Bozeman acknowledged that Coppin State landed guard Anthony Tarke after he transferred from the University of Texas-El Paso, but made note of former Howard guard R.J. Cole transferring to Connecticut after being named the 2019 Mid-Eastern Athletic Conference Player of the Year.

Perhaps another key for HBCUs finding future NBA players is landing diamonds in the rough like former Division II Virginia Union star Ben Wallace, who won an NBA title in 2004 and is a two-time NBA Defensive Player of the Year. Wallace, as well as Johnson, went undrafted before finding success in the NBA.

When will the NBA All-Star Game feature another HBCU player? Read now

Curry, who played at mid-major Davidson, said he would have “most likely” considered a scholarship offer from a Division I HBCU if he had received one.

“Who knows what the end decision would have been?” Curry said. “But at that point when you’re coming from where I come from in terms of a three-star recruit, any scholarship offer, no matter where it came from, would’ve been highly considered.”

Curry’s words probably bring pain to the hearts of Division I HBCU basketball coaches, especially since he and his brother Seth were familiar with Johnson C. Smith University as kids. They attended overnight basketball camps in junior high at the Division II HBCU. Their dad, former Charlotte Hornets star Dell Curry, used to give shooting lessons at the camp.

“I used to work out at Johnson C. Smith University,” Curry said. “Coach Joyner and his family were good family friends. I went to plenty of games, been to their gym.

“I never got recruited. It was always kind of dope to imagine what it would have been like to play there. It kind of switched up a little bit. But it was nice with Johnson C. Smith to have a lot of familiarity with the program.”

Joyner acknowledged that he never had much of a shot at recruiting Stephen and Seth Curry to Johnson C. Smith because he believed they were determined to play Division I. Joyner also said he was never aware of a Division I HBCU recruiting Curry.

“Nobody knew the young Curry boys were going to be that good at that particular time,” Joyner said.

Lillard and fellow NBA All-Star Kawhi Leonard also attended mid-majors Weber State and San Diego State, respectively. While they might have been off the HBCU recruiting radar growing up in California, both said they were never recruited by HBCUs. But after the NBA highlighted HBCUs during the All-Star Game, Leonard believes that student-athletes and other students will be more aware of Black colleges.

“It’s great that the NBA is acknowledging those colleges,” Leonard said. “It’s showing young kids that they can go to those schools and become something.” 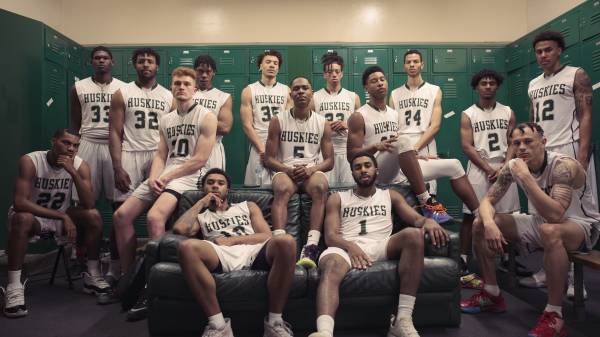 Ali-Frazier was more than a fight, it was part of my awakening as a Black man Read now

Trail Blazers forward Robert Covington is currently the only player in the NBA from an HBCU. On Sunday, the former Tennessee State star competed in the skills challenge and he hopes his appearance inspired HBCU players.

“It was phenomenal to be a part of,” said Covington, who donned a Tennessee State jersey during the challenge. “I’m thankful to be a part of it. It was a great experience to be able to put HBCUs on the map.

“I’m the lone ranger. It’s huge for me and all HBCUs and those up-and-coming. It gives them hope it can be them one day.”

Trump, RNC clash over using his name in fundraising