It’s early evening on what’s been quite the day for Tony Brown, currently in his 21st season as an NBA official. Earlier in the day, he hopped off a plane from New Jersey — coming off his first assignment of the season — and now he’s just arrived home after seven hours in the hospital with a drip line that will carry chemotherapy into his veins over the next 46 hours.

“This is all part of my routine,” said Brown, who began chemotherapy in April after being diagnosed with stage 4 pancreatic cancer. “But there’s progress. I’m improving daily, and my scans are showing that my tumors are shrinking.”

In July, Brown shared his story with : how, less than a year after working his first NBA Finals, he was diagnosed with cancer following what he thought was a bout with food poisoning.

“Life threw me a curveball,” Brown wrote. “Honestly, I don’t know what’s in store for me.”

Back then, diagnosed with a form of cancer where the five-year survival rate is 3%, Brown didn’t know if he’d ever work again.

But Brown returned to work last week in the NBA replay center, and was scheduled for his second two-day stretch of games on Wednesday and Thursday.

“This is exciting,” Brown said. “It gets me closer to my goal of being back on the floor.”

For Brown, the itch to get back to work surfaced immediately after he was diagnosed in April, leaving him sidelined for the remainder of the 2020-21 season.

That itch intensified two months ago when he floated the idea to his family.

“My family told me that I should absolutely go, and my friends told me I was looking good and why not,” Brown said. “So I called Monty McCutchen [NBA senior vice president of referee development and training] and told him I wanted to do some rotations in the replay center. He was very enthused to get me involved.”

First, there had to be approval from both NBA headquarters and from doctors. After Brown was cleared, he got his replay center assignment (he was never removed from the list of officials for the 2021-22 season), which led to his trip last week to Secaucus, New Jersey.

“Checking into the hotel in Secaucus used to be one of the most dreaded places to be, but this time it was great,” Brown said of the assignment, which is part of the rotation — a not particularly well-embraced assignment — for all NBA refs. “I felt butterflies walking into the building and it was emotional because I never thought I’d get an opportunity to visit the place again, or ever even work again.”

While Brown works in the replay center again this week, these aren’t the first opportunities he’s had the chance to see his co-workers. Fellow officials began visiting Brown in Atlanta following his initial diagnosis, and continued to do so during the course of his treatment.

“It’s been such a motivational help when they come through and offer me love and encouragement,” Brown said. “Many of them take special trips just to hang out and offer their support.”

Support for Brown has also come from outside the basketball world after he shared his story earlier this year.

“People have solicited my time to talk to their family and friends who are going through what I’m experiencing, and it’s just about being supportive,” Brown said. “Knowing that you’re not alone helps me not give up. Maybe there’s a moment for those in this fight where you get doubt into your head, and you’ll get a phone call or a text that will totally remove you from that shadow of doubt.” 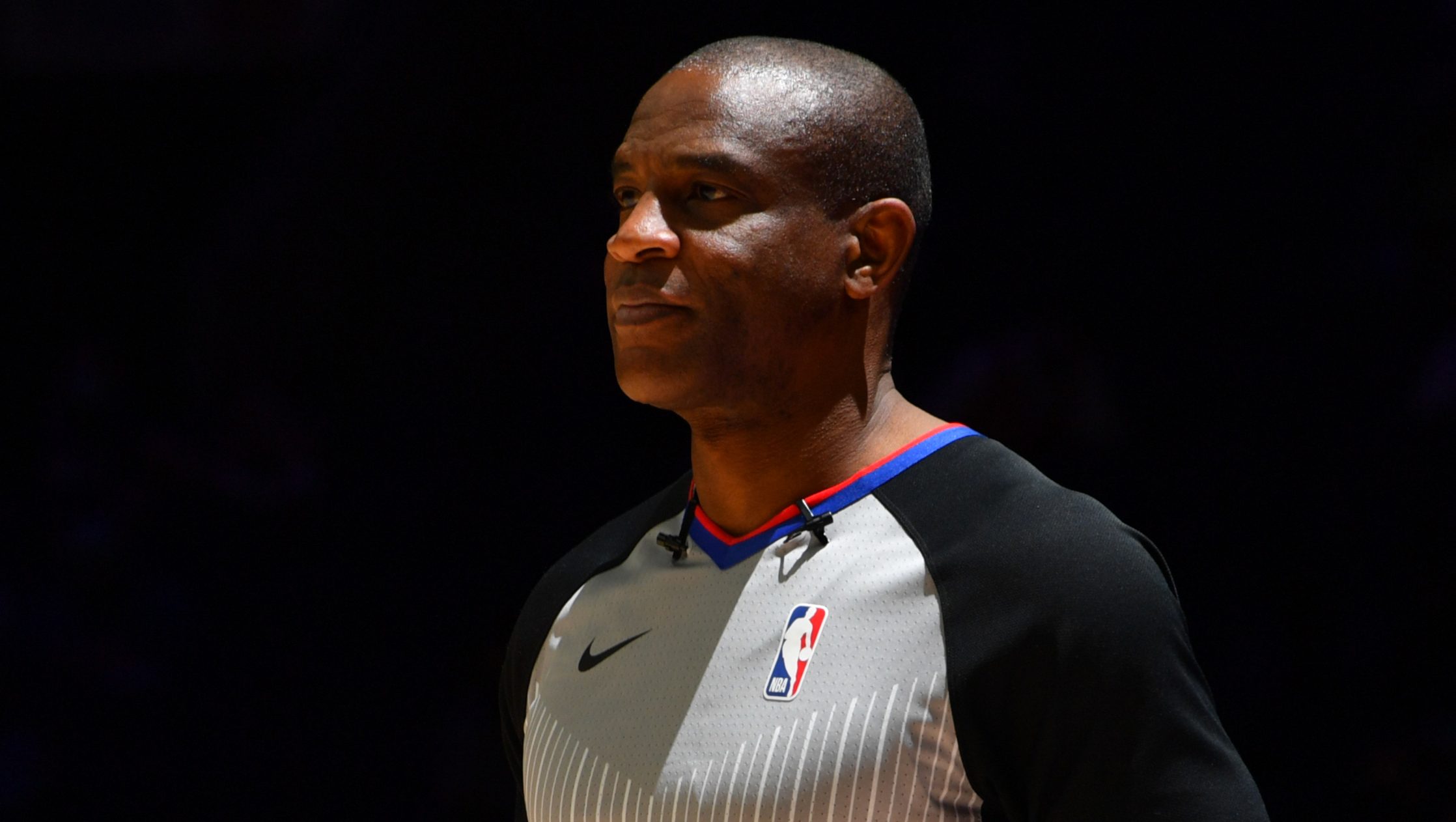 A year ago, Tony Brown was reffing his first NBA Finals. Now, he’s fighting for his life.Read now

Brown began his 15th round of chemotherapy last week, the day he returned home from New Jersey for his assignment. He moved the session up a few days after his son expressed a desire to go with him to the SEC football championship game on Dec. 4 between Alabama and Georgia at the Mercedes-Benz Stadium in Atlanta.

“I figured he wanted to go with one of his friends who were Alabama fans and who would break a leg to get to the game,” Brown said. “But he told [me], ‘No, Dad, I want to go with you,’ and my response was, ‘Wow … absolutely.’ ”

Brown is making progress. Over the course of eight months of being treated jointly at Emory University Hospital in Atlanta and the MD Anderson Cancer Center in Houston, Brown said the tumors have progressively shrunk.

“That’s the goal, to just continue to keep them going in that direction,” Brown said. “Once they get to a certain stage, I can transition into a clinical trial.”

Fifteen rounds of treatment was the initial target for Brown. But he said his doctors, impressed with the shrinkage of the tumors, want to put him through a round of chemotherapy, and then take another look at his scans. That 16th session is scheduled for next week.

It’s a positive outlook on life and hope that drives Brown, who understood the odds — that 3%, five-year survival rate, according to the American Cancer Society — he faced when his journey began.

“My doctors are very straightforward people,” Brown said. “I just want them to tell me what you see and I’ll take care of the rest.

“You read stories citing the odds and I just continue to tell myself that that’s not my story,” Brown added. “My story will be how I make it. My goal is to be in that 3%.”

Brown’s goal is to not only be in that 3%, but also to be back working NBA games this season.

He’s gained back most of the weight he lost after beginning chemotherapy, and while he can’t hit the weight room like he used to, he’s building his stamina via the occasional 20-mile bike ride.

As he puts in the work to get his body right, he’ll welcome the trips to Secaucus that he once dreaded.

“Working in the replay center just moves me one step closer to where I want to be,” Brown said. “I love what I do, I love the people I work with and I look forward to being back out there with them.”