As historically Black colleges and universities (HBCUs) across the country coped with budgetary challenges from the coronavirus pandemic, federal funds from the CARES Act allowed them to help students with a once-in-a-lifetime investment — clearing student debt.

The Higher Education Emergency Relief Fund allocated approximately $1 billion in emergency aid to the schools, and for many the money couldn’t come soon enough.

“It mitigated some of the negative impact of the pandemic,” said Walter Kimbrough, president of Dillard University. “It wasn’t just the disproportionate health impact. There was also a disproportionate financial impact on Black and brown families. With two-thirds of HBCU students being Pell Grant-eligible, we all knew that a disproportionate number of our families would be negatively impacted.”

The schools couldn’t have offered the debt forgiveness without the wave of funds the federal government provided. Approximately 70% of HBCU students are eligible for federal Pell Grants, which is need-based financial aid for low-income students. Kimbrough believes HBCUs applying the funds directly to students’ bills benefits both students and their universities.

For North Carolina A&T senior Alexis Black, the funds eased stress on her parents, cleared her student balance and helped with additional out-of-pocket costs. North Carolina A&T used federal funds to offer textbooks for all undergraduates for the next two years and paid for two classes for all students enrolled in summer school.

“I feel like the CARES Act and recent funds given to HBCU students was a great idea. Many college students along with their parents have [gone] through a great deal of financial hardship during this pandemic,” said Black. “Any effort to alleviate those struggles has benefited a lot of people. As an N.C. A&T student, I’m accustomed to coming out of pocket for my books every year, and being granted free books for my last two years was a pleasant surprise and I’m very grateful for the opportunity.”

“It just made a lot of sense. It was an allowable use of the money. It’s good for those students. It’s a benefit for the institution because [students] don’t have this uncollected debt on your books. That was a situation where you have a win-win for everybody,” said Kimbrough. “Everybody didn’t do it because they didn’t have to. So, for institutions that said we’re going to make that investment in our students and families, I think there should be effusive thanks.” 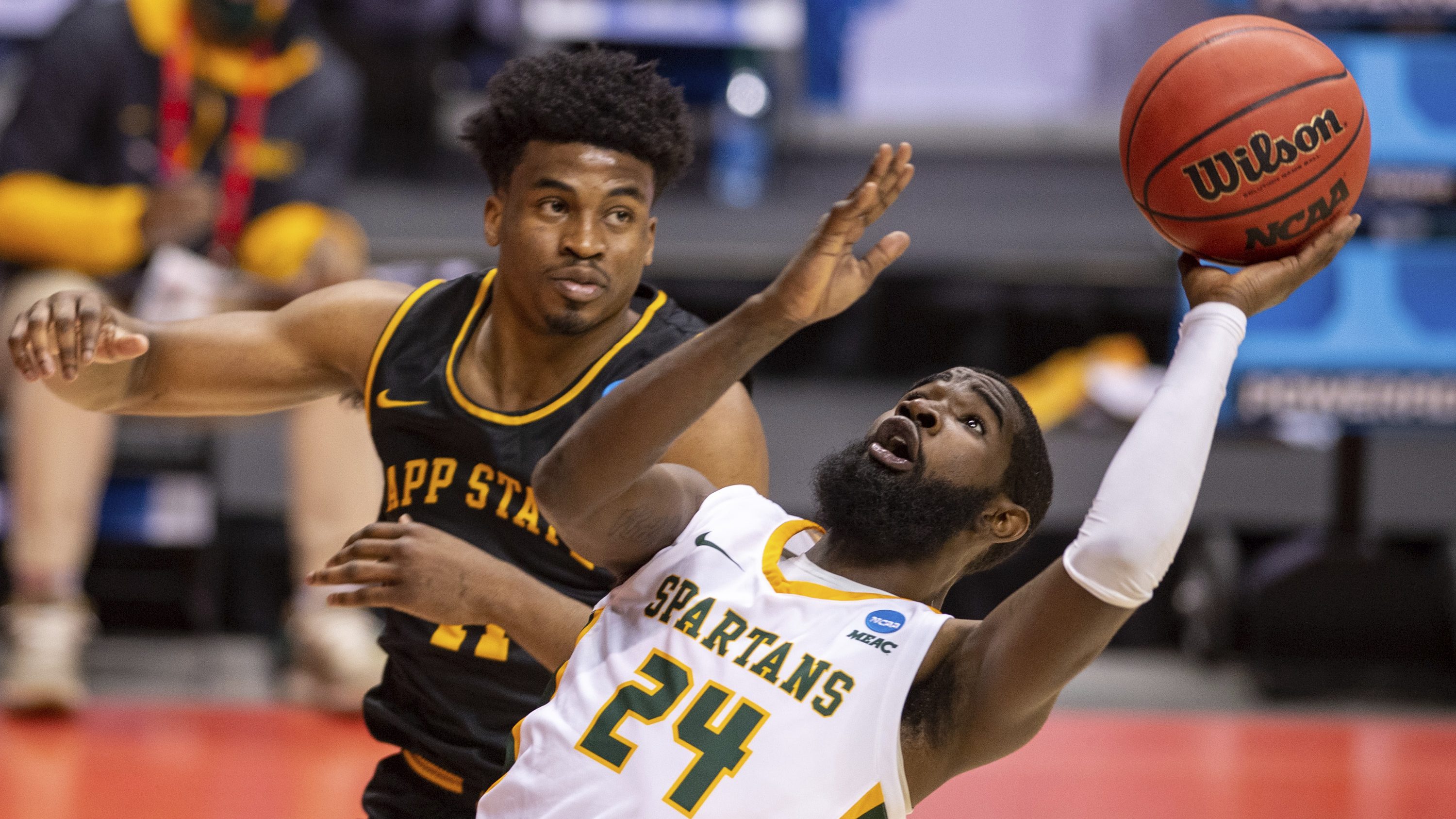 Clearing balances allowed students to register for their classes and receive their diplomas, which are often incentivized by institutions for students to pay their balances, but clearing student balances is a one-time fix. Debt erasure by the universities wasn’t applied to private or federal loans for students and many are now advocating for more debt relief options.

Black college graduates owe an average of $25,000 more in student loan debt than white college graduates, and on average owe $52,000 in student loan debt at the completion of their education. The average repayment for student borrowers is 10 years, but research conducted by the Student Debt Crisis Center shows that after 12 years Black borrowers owe more than they initially borrowed.

“African Americans borrow a lot more money when it comes to the amount versus any other race,” said Harry L. Williams, president and CEO of the Thurgood Marshall College Fund, which helps fund scholarships for Black and minority students. “A lot of that aligns with the wealth gap between Blacks and whites in this country. It aligns with the inequities when it comes to salary for Blacks and whites in this country. All of that plays into why we take out more money.”

Student loan debt doesn’t solely plague student borrowers postgraduation, but debt plays a significant role in university retention rates. A study conducted on Dillard’s campus in the fall of 2011 determined the No. 1 reason it lost students was because of unmet financial need.

“[Students] end up borrowing all this money to go. When you borrow, then you start looking at how much you borrowed after your freshman and sophomore year,” Williams said. “In some cases, our kids end up dropping out of school, but they still have that debt out there that they have to pay. That’s the challenge that we have, and that we’re grappling with.”

Dillard, Howard and North Carolina A&T are a few institutions that have created safe funds and grants from private donors to pay tuition and fees for students in dire need. Dillard had witnessed an increase in its retention rates and could see further increases if the federal government did a little bit more to support HBCU students.

“We are advocating for the federal government to double the amount of Pell that they’re currently giving [and] advocating for a summer Pell. If they double the Pell, that’s going to increase the amount of money that students get that they don’t have to pay back,” said Williams. “Our federal government can do that, and it will reduce the loan amount, [allowing] students to persist towards graduation.” 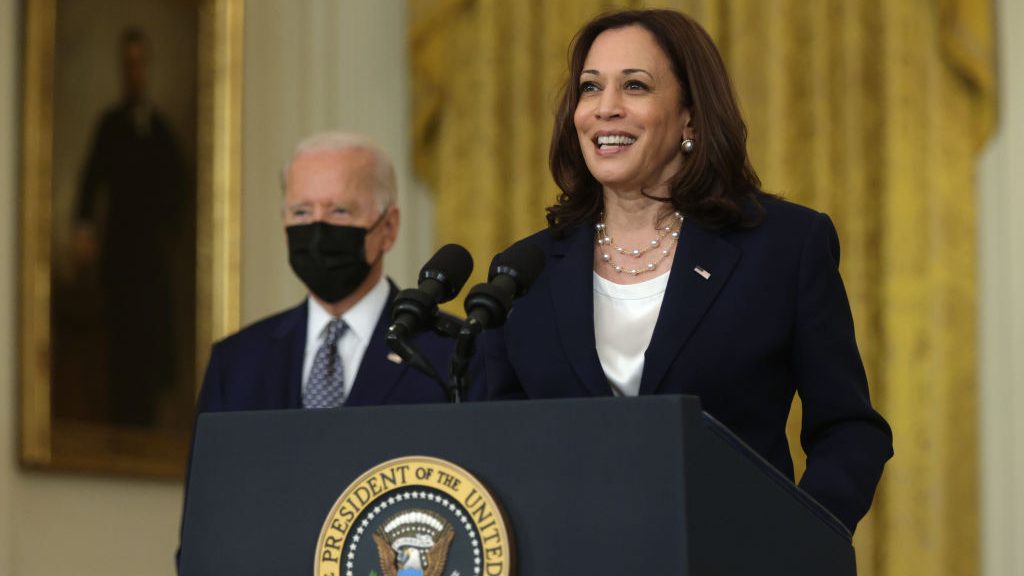 “I think [it] is important because HBCUs signaled to lawmakers, and particularly the president, that if they’re not going to get this done, they’re gonna do what they can to get it done,” said Cody Hounanian, executive director of the Student Debt Crisis Center.

“This administration has taken some action when the previous administration really did nothing for student loan borrowers,” said Hounanian. “As an advocate who has worked on this issue for many years, I’m more optimistic than ever before that we’re closer than we’ve ever been before.”

Getting the government to commit to broad-based student loan cancellation is still an uphill climb. Secretary of Education Miguel Cardona acknowledged that he kept student relief at the center of conversations during his HBCU Week address earlier this month.

“Black students owe nearly twice as much as their white counterparts,” Cardona said. “Since January until now, we have issued $9.5 billion in discharges to many borrowers; we recognize this isn’t enough. We want to close the gap between the well-resourced and under-resourced.”

Initiatives and proposals include free community college, doubling the Pell Grant and increasing assistance for students whose families earn less than $100,000 per year. Although there is no clear plan for debt cancellation, Williams remains steadfast in his plea to eliminate student loan debt for HBCU students.

“We don’t want a talented individual not to go to college because they cannot afford to go to college, that is a waste of talent in our mind,” Williams said. “We want students to graduate from college and to get a start in life without having to worry about paying a significant amount of loan that they borrowed to get started. It’s almost like you’re getting started from behind.”