Miami-Dade County Mayor Daniella Levine Cava has announced a new “disparity study” to investigate and quantify biases against women, Black and Hispanic-owned businesses in the awarding of contracts from the county’s $3 billion contract budget — the first stage in a historically contentious debate in the county.

As reported in The Miami Herald, at an event Monday for small businesses at the county’s downtown library, Mayor Levine announced: “Today, I am reporting the procurement disparity study is finally underway.”

The study, set to release in 2023, is a follow-up after a similar report by her predecessor, Mayor Carlos Giminez, failed to institute any changes to procurement strategies.

The study is the latest step in a long-standing issue that has resulted in adverse court judgments against the county as recently as 2004.  The main question is how to create a policy framework that would give women, Black and Hispanic service providers equal opportunities to contracts within the county.

According to a study conducted in July 2015 by Mason Tillman Associates Ltd., there are wide disparities leading to “statistically significant underutilization” of African Americans, Asian Americans, Hispanic Americans and women business enterprises for all prime contracts, including those under $250,000.

Of the $1.8 billion in county contracts, non-minority males received 54% of the construction contracts and 62% of the goods-purchasing contracts. The corresponding percentages for Black-owned firms are 2% and 10%. Similar significant gaps exist for Hispanic and women-owned businesses. 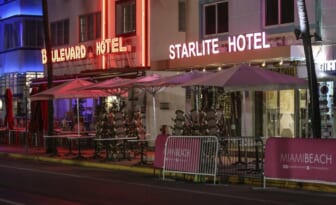 “Small businesses are the backbone of our community, and the county has a unique opportunity to help grow our economy through our procurement process,” said Levine Cava, according to the county website. “The decisions we make about where to spend taxpayer funds and how to provide the highest quality services to our residents and businesses can provide significant impact to our workers, our businesses, and our environment.”

The policy vehicle previously in place to promote equality in the county, called The Miami-Dade County’s Minority and Women Business Enterprise (MWBE) program, was active 20 years ago. However, in 1996, several trade associations and other members challenged rules they claimed “provide for the use of race, ethnicity, and gender-conscious measures in awarding County construction contracts, as unconstitutional under the Equal Protection Clause of the Fourteenth Amendment to the United States Constitution.”

Judge Kenneth Ryskamp of District Court for the Southern District of Florida agreed with the complainants in September 1996.

Other injunctions followed this court case in August 2004 and were awarded by U.S. District Court Judge Adalberto Jordan, successfully ending the program.

This latest disparity study is the county’s strategy to give their lawyers better ammunition to argue the case for new procurement rules to reduce these disparities.

The press release on the Miami Dade County website indicates a new framework called the “Values-Based Procurement Program” is the vehicle that will  “cut red-tape, and increase transparency, equity, and opportunity.“

The mayor added she’s proud to adopt the program to increase small and local business participation in county contracting and sub-contracting.

“Values-based procurement will center on small and local businesses, engaging businesses in new ways, improving working conditions, and prioritizing environmental considerations in the county’s supply chain,“ according to the press release.