Six of the MEAC’s nine football-playing institutions opted out of the spring 2021 season. And conference policy states if 50% or more institutions cannot participate in a championship, that sport would be suspended. The league did say Delaware State, Howard and South Carolina State have expressed an intent to play, but those schools’ schedules are still in flux. It is unclear whether North Carolina A&T and Morgan State will play.

“While it is tremendously disappointing to suspend the spring 2021 football season, it is the right decision with regards to the health and well-being of our student-athletes, coaches, staff and fans,” said MEAC commissioner Dennis E. Thomas. “As I have stated since the beginning of the pandemic, health and safety will continue to be at the forefront of every decision. We support those institutions who will continue to play.”

Thomas has said since the start of the disruptions caused by COVID-19 that keeping student-athletes safe is the conference’s top priority. 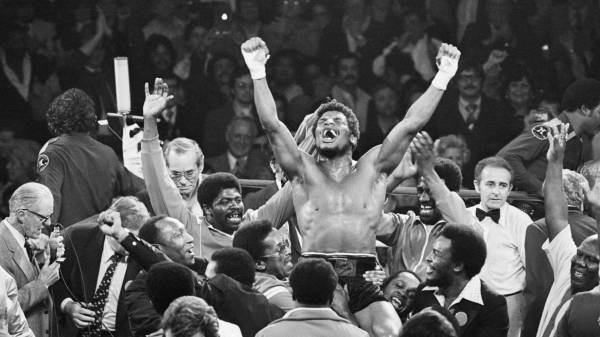 Leon Spinks was a fighter until the end Read now

Norfolk State was the latest MEAC school to decide Monday not to play football, after North Carolina Central, Florida A&M and Bethune-Cookman did so earlier. The MEAC was to play in three-team North and South divisions, whose winners were to meet April 17 in the league’s first championship game to determine the automatic qualifier for the FCS playoffs.

Bethune-Cookman and the University of Maryland Eastern Shore opted out of all sports this school year. Florida A&M, which along with Bethune-Cookman is leaving the MEAC, has opted out of several sports, including women’s basketball and football. The two HBCU Division II conferences, the Central Intercollegiate Athletic Association and Southern Intercollegiate Athletic Conference, decided earlier not to compete in any sports at all this school year.

Alcorn State, the Southwestern Athletic Conference’s (SWAC) two-time defending football champion, announced Tuesday that it was opting out of the spring season. The SWAC does plan to play, with its first game on Feb. 21. Its league schedule runs through May 1.

Black-owned scheduling startup Calendly valued at $3B after new investment