Indiana Pacers guard Malcolm Brogdon was named after Malcolm X, but he was more influenced on a daily basis during his childhood by Martin Luther King Jr., and has a greater appreciation now.

Brogdon grew up in the civil rights icon’s hometown of Atlanta. His childhood home was within walking distance of the Martin Luther King, Jr. Center for Nonviolent Social Change. Brogdon also spent a lot of time at King’s alma mater, Morehouse College, where his mother, Jann Adams, is an associate vice president for advancement and leadership initiatives.

“I tend to know a little bit more about Dr. King because of my roots,” Brogdon recently told . “My grandfather was an A.M.E. bishop and marched with Dr. King, but also because I grew up in Atlanta. I grew up down the street from the Dr. King Center. So, it was something I would pass every day. And, of course, I went there a few times. When family would come in town, they’d want to see it. We would go.

“As a kid, you don’t really understand the significance of these sites and Dr. King. But then as you get older and you get to high school and college, you’re like, ‘Wow, I grew up in this environment,’ and you understand it’s special. So, for sure, it’s more significant to me than it is to a lot of people.”

Brogdon and the Pacers face the LA Clippers on Martin Luther King Jr. Day. Over the MLK holiday weekend, the NBA and its teams honored King’s life and legacy during games. Teams are wearing MLK Day warm-up T-shirts featuring the words, “NOW IS THE TIME TO MAKE JUSTICE A REALITY FOR ALL,” from King’s I Have a Dream speech at the March on Washington Aug. 28, 1963.

The back of the T-shirts read “HONOR KING,” with the lettering adorned with King’s signature. Both messages are printed in a font derived from the carrying signs used in King’s memorial march on April 8, 1968.

Brogdon considers it an honor to play on MLK Day.

“It’s awesome. Having Black men and women at this level they’re at in professional sports was the dream,” Brogdon said. “It is the dream that Dr. King, I guess, professed to everyone. To see that come to light and to see where we are now, I think he and many others that fought for these rights and these freedoms would be very proud. So I think it’s definitely something to be proud of and something to acknowledge, to be able to play on MLK Day. …

“Pivotal person. Leader that signified change, I think for everybody, for African Americans, all the generations before me, but also for everybody in this country. I think he’s the person that is the epitome of change.”

Conducted with Indianapolis Public Schools, this tour is scheduled to take 60 high school sophomores, juniors and seniors from Indianapolis to visit historically Black colleges and universities (HBCUs) in the United States. Scheduled during spring break and departing from Indianapolis, students will travel by bus to such schools as Kentucky State, Tennessee State, Fisk University, Clark Atlanta, Spelman, Morehouse and Tuskegee.

Each visit will include a tour, Q&A with admissions representatives and students, and a classroom visit. Students will also learn the history of HBCUs and their connection through former students into social justice movements, medicine, law, politics and other important professions.

The students are also expected to visit the King Center, the Martin Luther King Jr. National Historical Park and the National Center for Civil and Human Rights in Atlanta; the Equal Justice Initiative, the National Memorial for Peace and Justice and the Legacy Museum in Montgomery, Alabama; and the Tuskegee Airmen National Historic Site.

“The kids don’t get why HBCUs were created,” Adams said. “They don’t understand the distinction between an HBCU and a minority-serving institution. They don’t understand what would be distinctive about an HBCU experience from going to a majority white school, or why they’re still important, and why couldn’t this be an opportunity to share some of those things. And so I started thinking, ‘When we get the kids on campus, what we should do is we should have them participate in some classes on history and politics so they can begin to understand the place of HBCUs in all of that.’ 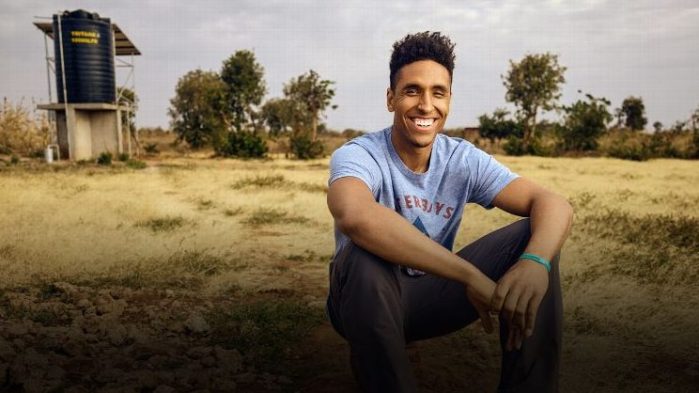 “Then I started thinking, ‘Well, why would we just limit this to colleges?’ We have them, and if we get them to Atlanta, we have to go to The King Center, and we have to go to the Center for Civil and Human Rights, and we have to go down to Bryan Stevenson’s Equal Justice Initiative, because that’s an extraordinary experience. And then I thought, ‘Well, that’s really close to Tuskegee.’ ”

Said Brogdon: “So this is definitely my mom’s idea. Her being a professor, a dean, a provost at Morehouse all these years, she wants to give kids in other states, other cities, the opportunity to understand the brilliance of HBCUs.”

Brogdon will not be able to attend the tour because the Pacers will be in the midst of their season, but he is expected to speak with the students either in person or virtually. The former University of Virginia star did not attend an HBCU, but he spent countless hours during his youth on Morehouse’s campus with his mother while she was working. He also used to receive tutoring for his schoolwork from Morehouse students. Several of Brogdon’s family members attended HBCUs.

“I grew up on the campus,” Brogdon said. “I was learning about the history every day. It was really in my backyard. So I didn’t have to go on the tours and take advantage of opportunities like that.”

Said Adams: “Malcolm basically grew up at Morehouse. I’ve worked there for 31 years, and I’d pick him up after school and go back to work. He literally grew up in Dansby Hall in Morehouse College.”

Despite being bothered by an Achilles injury of late, Brogdon is averaging 18.5 points, 5.9 assists and 5.2 rebounds this season. While the sixth-year NBA veteran is playing well, the injury-plagued Pacers have struggled with a 15-28 record. Indiana has a new head coach in Rick Carlisle, who is Brogdon’s third head coach since joining the team in 2019.

Brogdon hasn’t given up on the Pacers making it to the postseason.

“This is my third coach in three years,” Brogdon said. “So I feel like every time we get any type of momentum, we’re starting over. We’ve adjusted to Carlisle. He’s honestly been great for us. He’s provided that structure and discipline to us, and we just have to be consistent. This is another COVID year. We thought it would be over. This is another crazy year where guys are out every other day, but we’re not the only team dealing with that.

“So we have to figure out how to be consistent and how to finish games. That’s really been our problem all year long. If we can do that, we’ll be OK. Because you look at the standings and there are a lot of good teams that are struggling: Atlanta, New York, Boston. These are teams that people thought were top five seeds. So we’re not too far behind. We just have to turn it around now.”