LeVar Burton’s evolution as a cultural icon is undeniable. But watching him host “Jeopardy!” is pure joy.

After what seems like an eternity, the man who nurtured a generation’s love of reading temporarily took the helm this week of one of the country’s most popular games shows.

The excitement around his guest slot on “Jeopardy!” reached new heights as social media users shared their delight with Burton’s hosting skills.  Burton has blessed generations of Americans with the gift of his wit and brilliance.

Some fans reminisced about learning how to read from Burton’s “Reading Rainbow” or exploring space with him as Lt. Commander Geordi La Forge on “Star Trek: The Next Generation.” Literally a fixture of the millennial childhood, Burton even voiced Kwame on “Captain Planet.”

For some people growing up in the 80s, Geordi La Forge may have been the first and only Black engineer they ever encountered. Positive representations of Black people were scarce at the time, but in a given week, families could catch Burton on both “Reading Rainbow” and “Star Trek: The Next Generation.”

He made learning fun and engaged millions to look beyond the known realm of possibility. So, it’s no surprise people are clamoring for him to be the quiz show’s new host.

One of America’s favorite game shows, “Jeopardy!” has been without a permanent host since the passing of Alex Trebek last year. When speculation began about who would replace Trebek, Twitter did its thing and immediately elevated Burton’s name to the top of the list.

In a candid interview with the Associated Press, Burton said hosting was a bit “scary” initially but became fun. Burton found his stride with his wife, make-up artist Stephanie Cozart Burton, coaching him in between shoots.

Any signs of a rough start could not be seen during the first two shows, with Burton’s cool demeanor and winning smile lighting up the stage. He seemed at home at the podium, like he was made to be there.

Burton himself has been open about his desire to host the show since 2013. After a public campaign to have Burton replace the late Alex Trebek as “Jeopardy!” host, including a petition with close to 260,000 signatures, producers finally added him to the guest host roster.

But Burton’s fiercest competition this week could be the Olympic Games. Several of the earlier guest hosts had two-week slots, but later hosts like Burton only have one week on the “Jeopardy!” mainstage.

The shorter hosting gig coupled with various markets pre-empting the game show in favor of coverage from Tokyo has made fans even more adamant about supporting Burton.

Over the weekend, actress and director Yvette Nicole Brown encouraged Twitter followers to make sure they watch Burton live and catch up on the Olympics later. Fans are encouraged to check their local listings to see when and where the show airs.

While no one can replace Trebek, Burton has his own appeal and offers the potential of bringing “Jeopardy!” to a new generation. Part of his appeal is the proximity to sharing wisdom in a way that inspires others to learn. He knows a lot but doesn’t come across as an arrogant “know it all.”

Watching Burton host “Jeopardy!” is a family affair. Mica Burton posted about her dad’s debut, even sharing a video of them watching the first night together.

The shared pride in seeing Burton hosting a show some see as the pinnacle of intellectual achievement comes from a feeling that Burton is one of our own. Fiyah, an award-winning magazine of Black speculative fiction, not only gathered its crew to watch but also used the opportunity to promote a writing contest hosted by Burton’s podcast, “LeVar Burton Reads.”

More than just another celebrity, Burton continues to nurture and engage with various communities, from sci-fi fan groups to new writers.  He clearly hasn’t forgotten his roots.

Producers are scheduled to announce the new host soon. Whether the powers will make the fan-favorite the new “Jeopardy!” frontman is yet to be seen.

Having Burton as host would take “Jeopardy!” into a new era, not just an extension of Trebek as could be the case with naming a former champion. While this week is an audition in many ways, Burton and viewers are having the time of their lives.

But you don’t have to take my word for it! 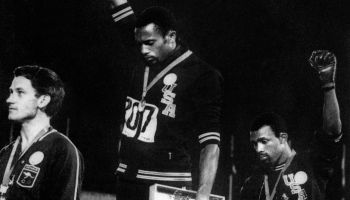 ,
Star Trek: The Next Generation

If Black Media Doesn’t Tell The Truth About This Nation, It Won’t Be Told