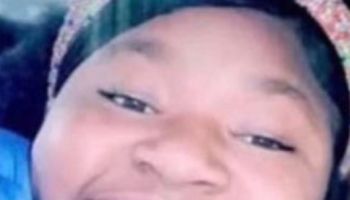 Last year, a 13-year-old Black girl spent 11 days in a Florida juvenile detention center all because someone impersonated her on Instagram and sent threatening messages to her teacher and school—and because it took the tech company and the investigating authorities the better part of two weeks to figure out that an IP address didn’t match the account the threats were sent from.

And because they refused to believe a Black girl proclaiming her innocence.

Now, the teen and her family have filed a lawsuit against the school and Instagram for their role in the unjust incarceration of a minor whose only “crime” was being bullied.

According to the New York Times, the family of Nia Whims of Miramar, Fla., is suing Meta, the company that owns Instagram, and Renaissance Charter School at Pines. They are also reportedly planning to add the Pembroke Pines Police Department as defendants in the suit.

“On Nov. 18, Nia was using her brother’s iPad and communicating with a classmate at the charter school,” other Times reported. “At some point, the classmate created an Instagram account using Nia’s name and information, according to the lawsuit and police officials. Then, the student, who is identified in the lawsuit only as M.S., used this new account ‘to send messages to herself that would appear to be sent’ from Nia, according to the lawsuit.”

The messages threatened to blow up the school and kill the impersonating student as well as a teacher at the school and that teacher’s family. When the teacher got wind of the messages, the authorities were called.

Now, these are some serious threats, so the alarm and sense of urgency are understandable, but, according to the suit, Nia denied sending the message when the police came to her home to question her. So why did it take so long to prove an easily provable claim of innocence?

“Following an extensive and thorough investigation by our department, the original student arrested in this case (a 13-year-old female, Victim #1) was exonerated of these charges,” the department said in a statement. “At the time of our initial investigation in November 2021, the family of the victim chose to exercise their rights and did not cooperate with investigators.”

Imagine admitting a child you locked up was a “victim” while also saying, “Nah, it’s their fault this happened.”

Nia’s mother, Lezlie-Ann Davis, denied refusing to cooperate and said she tried to prove her daughter was innocent the day the police arrested her on November 19 by giving them the iPad Nia was using for their investigation. The department claimed in its news release that Davis “began cooperating” with the investigation on December 21—nearly a month after Nia was released on Nov. 29—and that her cooperation “caused investigators to apply for a subpoena for the I.P. addresses associated with the threatening messages,” which ultimately proved it wasn’t Nia.

Nia’s attorney, Marwan Porter, said the police account was a lie and that “this was a joke of an investigation.”

“Our natural inclination is whatever they’re saying is the truth,” Porter said. “Let me tell you, it’s not, in many situations.”

But besides the fact that the word of cops should never be taken at face value because they have all the same incentive to lie that a civilian has, there’s the question of why the arrest and investigation were so backward. If a teenager is denying sending messages that would amount to domestic terrorism, why not subpoena the I.P. address before putting a minor through the terror and trauma of being placed in a detention center for 11 days? The lawsuit claims that information was “literally available at the press of a button.”

“She knew she didn’t do anything wrong, and yet here she is, behind bars,” Davis said during a news conference. She also said her daughter was “heartbroken” to the point where “she threw away her school uniform” after being released from false imprisonment.

The suit alleges that police failed “to promptly investigate this easily discoverable information,” and that Instagram refused “to promptly provide or cooperate with the investigating officers,” which resulted in a 13-year-old Black girl being placed in handcuffs and carted away to imprisonment, which the lawsuit said, “shocks the conscience and is beyond the bounds of decency.”