In what may not be the biggest surprise, it was reported that the teenager accused of murdering at least two people at a protest over the police killing of an unarmed Black man appears to be a supporter of President Donald Trump. When reading between those lines, another apparent truth becomes abundantly evident: It seems that Trump and his anti-Black vitriol and anti-protest rhetoric at least helped inspire the 17-year to kill people.

Kyle Rittenhouse, the alleged gunman behind a deadly shooting spree during a protest over Jacob Blake‘s killing in Kenosha, Wisconsin, late Tuesday night, was seen in the front row of a Trump rally earlier this year. The apparently pro-police 17-year-old who was initially linked to law enforcement through social media reports attended a rally for the president in Iowa on January 2, BuzzFeed News first reported. The report was based on a video apparently recorded by Rittenhouse himself from an intimate vantage point and posted to his TikTok account.

The video was simply accompanied by two words: “Trump rally!”

While that doesn’t explicitly mean that Rittenhouse was inspired by the president to kill, there is certainly no way to rule out that possibility after BuzzFeed reported that the teenager’s “social media presence is filled with him posing with weapons, posting ‘Blue Lives Matter,’ and supporting Trump for president.”

But in a twist, though, the two people who Rittenhouse killed were not Black, a fact that likely belies the assumption that an armed Trump supporter was hunting Black people. On the contrary, the fatal victims from Tuesday night’s protest have been identified as Anthony Huber and Joseph “Jojo” Rosenbaum, two white men from Wisconsin. A third victim who was recovering was not immediately identified, according to the Chicago Sun-Times. One person was shot in the head and another person was shot in the chest, both at point-blank range.

While an investigation has begun, the deadly shooting appeared to be the latest evidence of violence inspired by the president, who has repeatedly condemned such Black Lives Matter protests like the ones held nightly in Kenosha since Blake was shot Sunday. 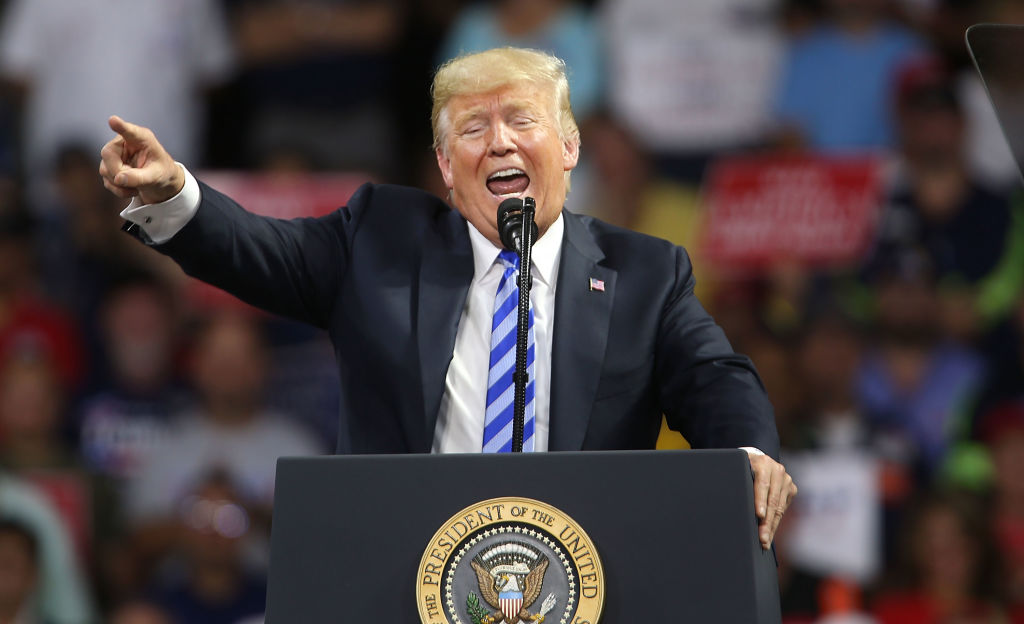 The Guardian last year documented at least 52 incidents where “dozens of Donald Trump supporters have carried out or threatened acts of violence” since the president’s election in 2016. The list includes people who “Publicly declared an allegiance to Trump before committing or threatening violence against members of political or racial groups that Trump has denounced.”

That description, in particular, seems to be the best logical explanation to prompt a scenario where Rittenhouse arms himself with an AR-15 and drives across state lines from his native Illinois ready to use his assault rifle in Kenosha.

To add insult to literal injury, there was also unverified video footage on social media purporting to show “the Kenosha shooter being offered water from the Kenosha police” and claiming “The police is working with the shooting militia.”

“We appreciate you being here.”

The police is working with the shooting militia. We need to abolish the police. They aren’t helping pic.twitter.com/mdgKuOTuUS

The suggestion that Rittenhouse may have been working with local law enforcement was met with a sharp rebuke by national civil rights leaders.

“We are equally outraged by videos showing Kenosha Police Department Officers exhibiting camaraderie toward militia members – who were out in violation of the curfew before the shootings — and also seemingly ignoring protesters who tried to identify the shooter in this incident,” a statement from people who include Kristen Clarke from the Lawyers’ Committee for Civil Rights Under Law and the Rev. Al Sharpton said in part. “Police solidarity with white militia members is abhorrent and intolerable – and it represents a highly dangerous threat to the lives and rights of people of color.”

Who Is Kyle Rittenhouse? Jacob Blake Protest Shooter Is Reportedly A White Teen Affiliated With Cops 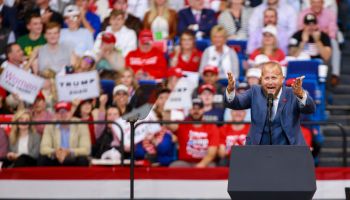