Throughout what has been an undoubtedly tough week for the NBA family, players around the league have looked to honor the late Kobe Bryant in a variety of ways, through both their arena entry outfits and their sneakers.

From stars such as Kyrie Irving, Donovan Mitchell and P.J. Tucker to younger players who looked up to Bryant as their childhood idol, a full spectrum of tributes was spotted leaguewide. Though Bryant was most associated with Nike throughout most of his career, his initial six-year stint with Adidas inspired tributes from current Three stripes athletes such as Mitchell, Trae Young and Zach LaVine. We also saw players from all brands look to honor the Lakers legend.

A month ago, Stephen Curry and several of his fellow athletes under the collective Under Armour and Curry Brand umbrella told their favorite memories of Bryant and inspiration points to artist Dez Customz, who hand-painted a series of custom sneakers they each planned to wear this week.

Curry’s pair celebrated the pride he shared with Bryant in raising his daughters, under a #GirlDad theme that saw each depicted on the side of the shoe. Philadelphia 76ers guard Seth Curry, who shares an Aug. 23 birthday with Bryant, wanted to honor the Philly native’s roots at Lower Merion High School with a gray and maroon design. Both Damion Lee and Kent Bazemore each wore Bryant tribute sneakers, featuring portraits of Bryant and his daughter Gianna on the side of their pairs of the Curry Flow 8.

“It’s an ode to a man that transcended the game for a lot of players that are playing in this era,” said Bazemore. “He was the guy that I watched coming up, right after Jordan.”

Each player has his own memory of Bryant, his own channeling of how he’s looking to continue to carry on the “Mamba Mentality” that came to define the Lakers icon’s 20-year Hall of Fame career. Players followed up their outfits and sneakers throughout the week with posts on social media honoring Bryant, his daughter and the memory, legacy and inspiration they left behind. Below are some of this week’s tributes. 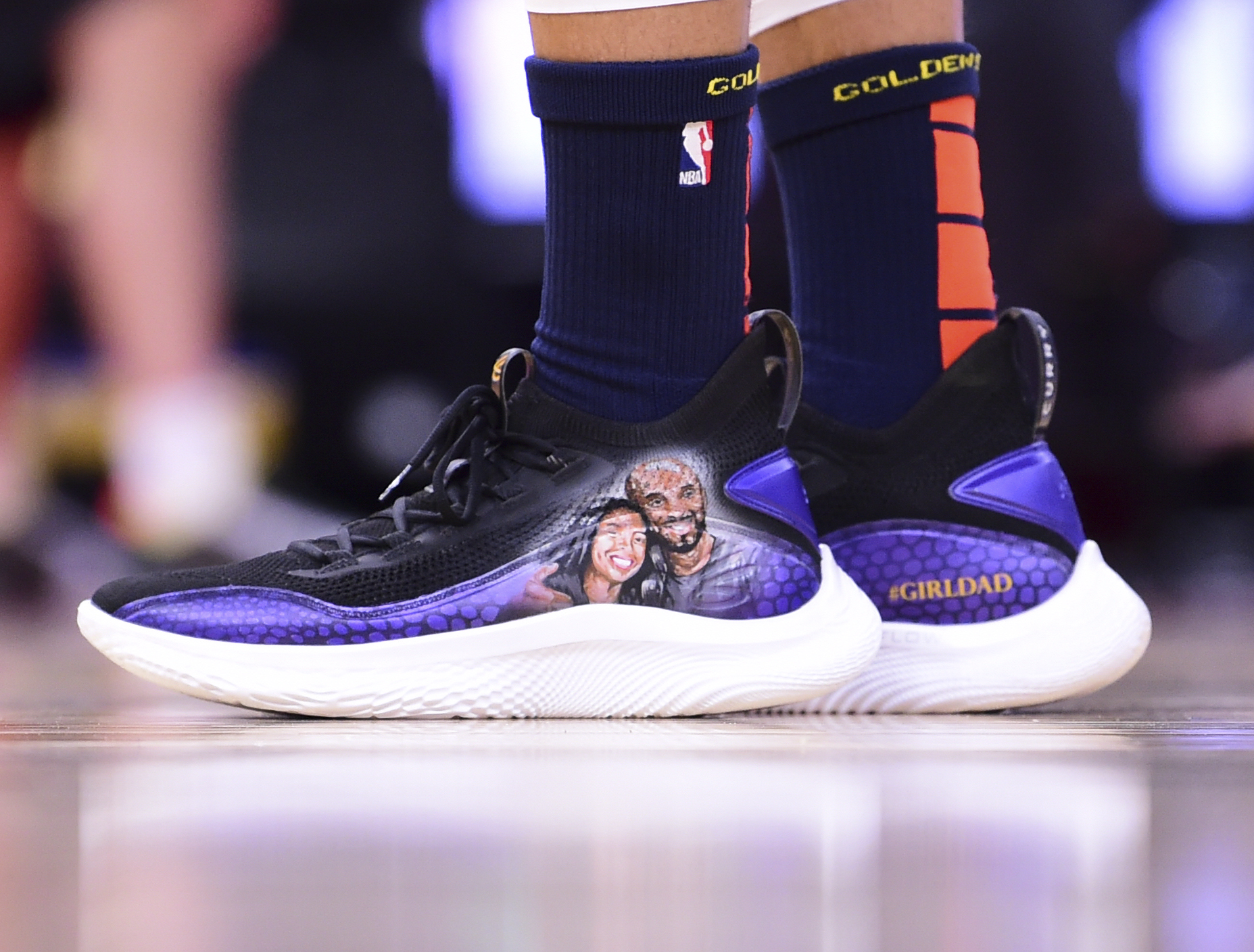 The sneakers worn by Stephen Curry of the Golden State Warriors before a game against the Minnesota Timberwolves on Jan. 27 at the Chase Center in San Francisco. (Noah Graham/NBAE via Getty Images) 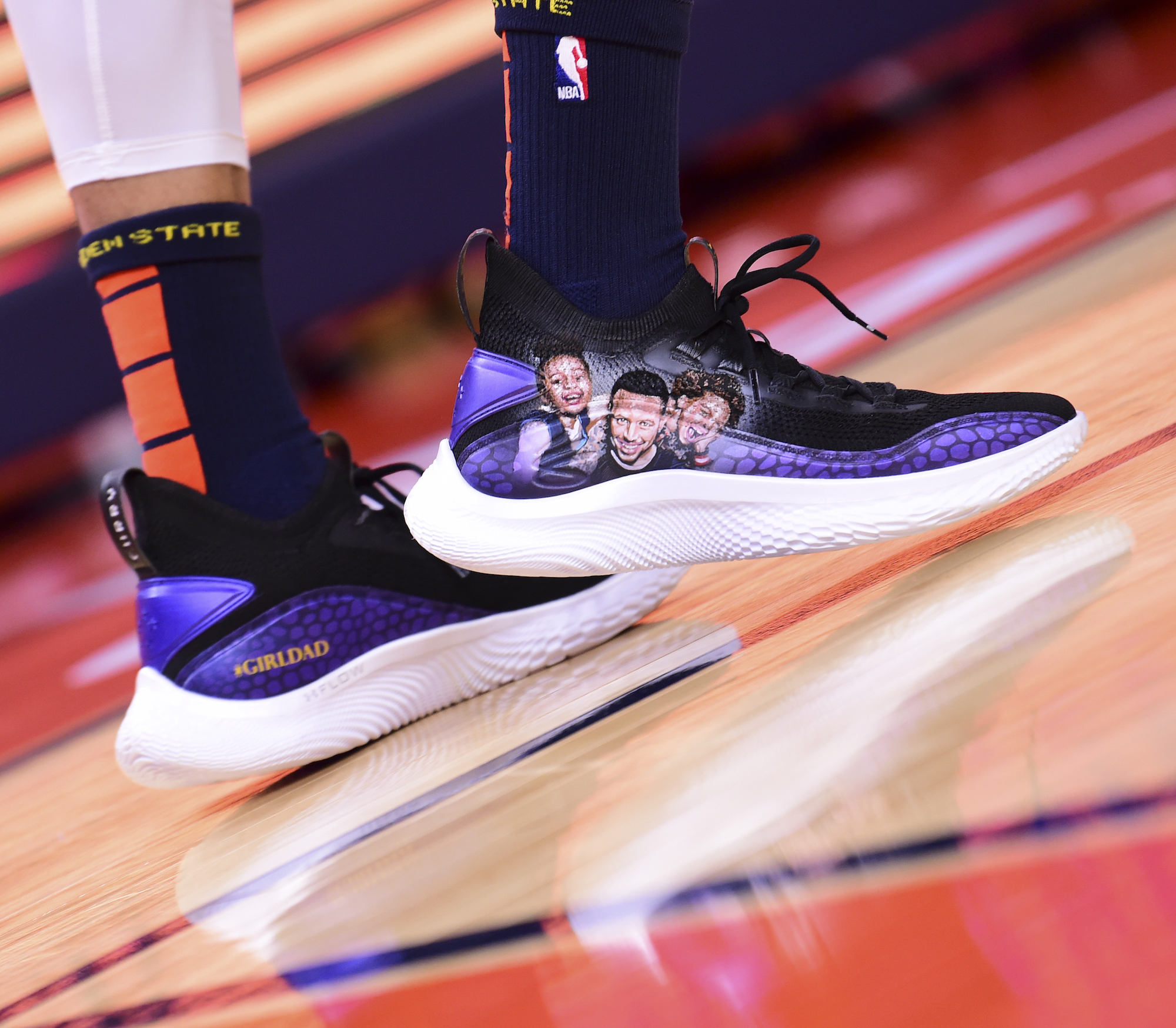 The sneakers worn by Stephen Curry of the Golden State Warriors before a game against the Minnesota Timberwolves on Jan. 27 at the Chase Center in San Francisco. (Noah Graham/NBAE via Getty Images)

Nike “What The” Kobe VII 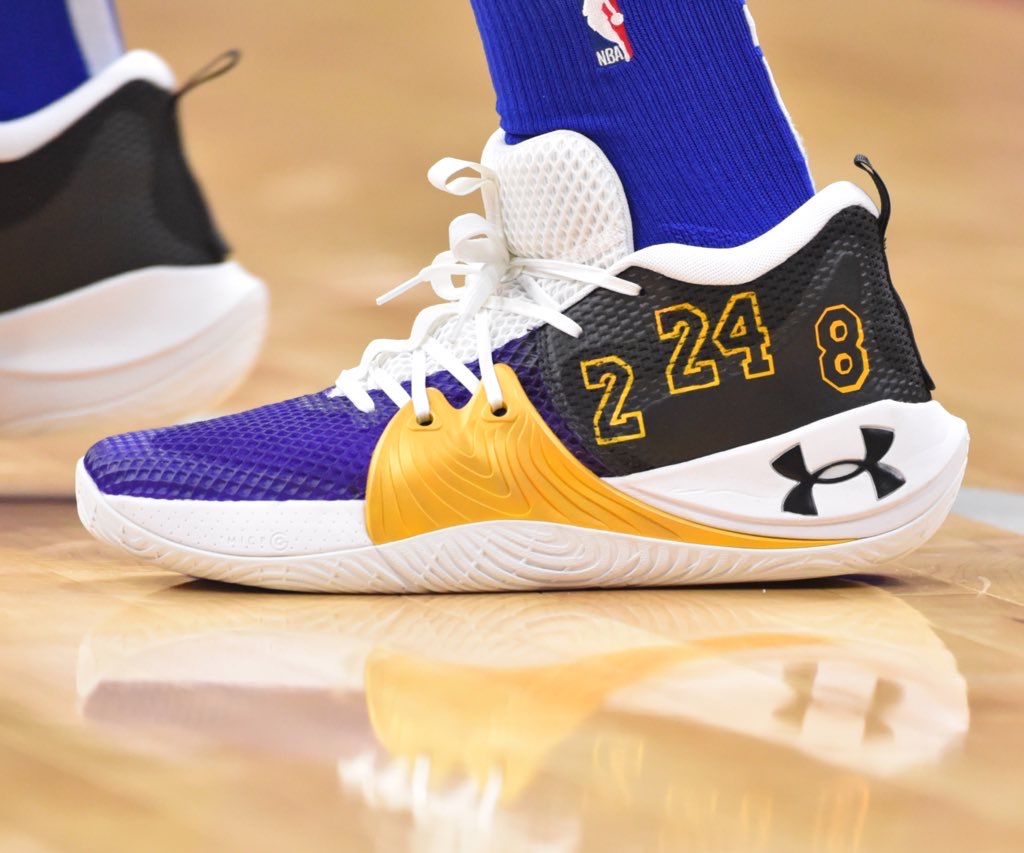 The sneakers of Joel Embiid of the Philadelphia 76ers worn during a game to honor Kobe and Gianna Bryant on Jan. 27 at the Wells Fargo Center in Philadelphia. (Jesse D. Garrabrant/NBAE via Getty Images) 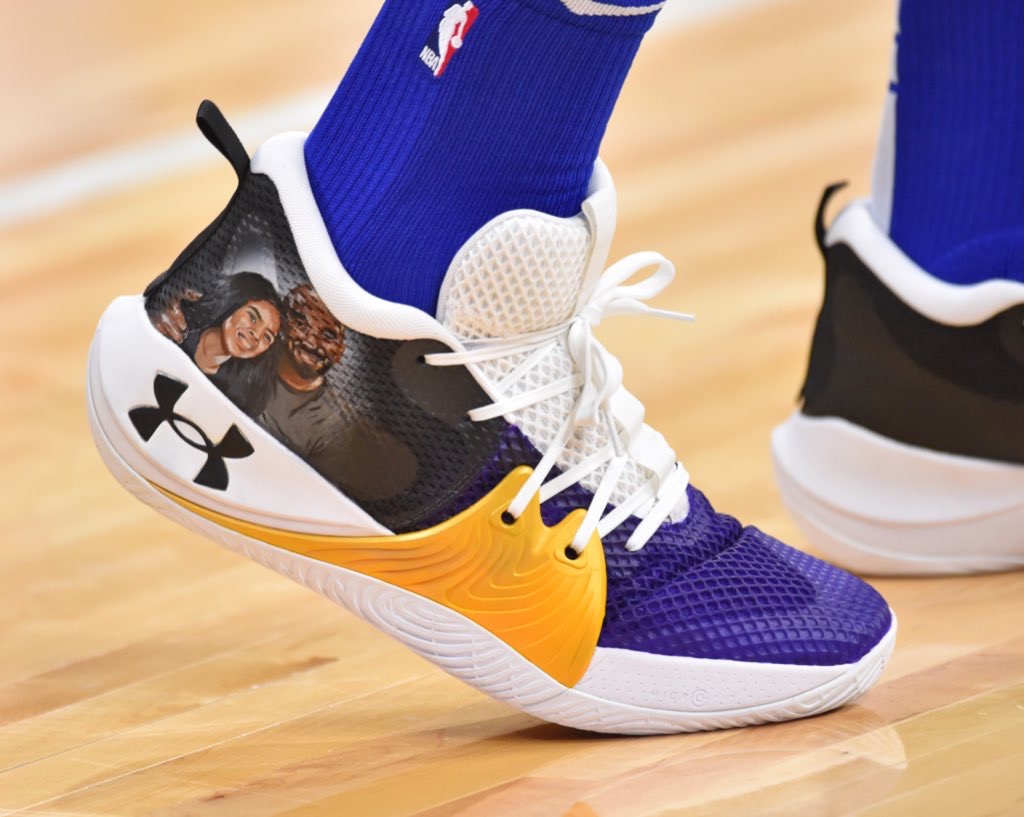 The sneakers of Joel Embiid of the Philadelphia 76ers worn during a game against the Los Angeles Lakers on Jan. 27 at the Wells Fargo Center in Philadelphia. (David Dow/NBAE via Getty Images) 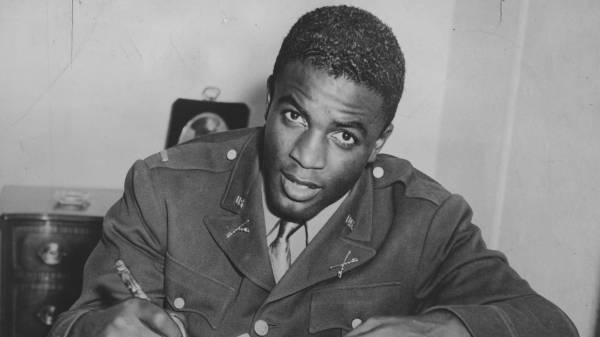