The arrival of Black History Month is sometimes bittersweet for African Americans. Yes, February offers a time to celebrate, educate and reflect on African American history and our heroes. But the celebration happens during the shortest month of the year.

Sacramento Kings standout rookie guard Tyrese Haliburton is among those who are frustrated by this.

“More than anything Black History Month frustrates me, because to acknowledge our Black, African American heroes in one month is kind of nuts,” Haliburton told . “Why is there not a ‘white history month’? That kind of frustrates me in a sense of I honor these heroes by what I do every day and the freedoms that I have today.

“But when it does come around, I’m thankful that the heroes that don’t get acknowledged much are able to have that spotlight and that acknowledgment because without them, who knows where we’d be in this world.”

Haliburton, who the Kings selected with the 12th overall pick in the 2020 draft, is currently an NBA Rookie of the Year candidate. Moreover, the 20-year-old has shown that he is unafraid to speak out about racial injustice and inequality.

“His ability to recognize the platform he has as an NBA player and his willingness to speak on racial injustices is a testament to his maturity,” said Kings forward Harrison Barnes.

Haliburton, who grew up in predominantly white Oshkosh, Wisconsin, said his interest in Black history and social justice was initially sparked after 17-year-old Trayvon Martin was shot to death by George Zimmerman on Feb. 26, 2012.

“At that time, I was 11, about to be 12 years old, and to learn about that and seeing the pain in my pop’s eyes,” he said. “You know, I had my parents having to sit me down and talk to me about the world that I was entering as a kid, really, that the world I was going to be entering. Yeah, I think that kind of sparked everything for me. And, it was hearing my dad have dialogue with people about that situation. I think that started me to really get involved in what’s going on.

“I’m biracial, obviously. So having a white mom and a Black dad, understanding that that’s not something that has always been OK. So, for me at a young age, I was just enamored with learning more about African Americans and the history of my people.”

Haliburton said his parents, John and Brenda, also raised him to “speak my mind and stay true to who I am at all times.”

On draft night last November, the former Iowa State star honored his school and his hometown inside his custom suit jacket. His jacket also featured the phrase “Black Lives Matter” stitched in the lining.

The interior of Tyrese Haliburton’s suit jacket for the #NBADraft

“It was becoming more evident to have those uncomfortable conversations and really think about as a country where we stand and how we treat people of color,” Haliburton said of his draft suit. “It was important for me to incorporate something in there with my suit because that’s who I am and that is very important to me.”

Haliburton, who fell to the Kings on draft night, views Sacramento as a “perfect spot” for him. He appreciates that the organization has a long history of being involved in the community.

In 2018, Kings owner Vivek Ranadive spoke out when Stephon Clark died after being shot 20 times by Sacramento, California, police officers in his grandmother’s backyard. The team also wore warm-up T-shirts in honor of Clark. The organization has participated in “Team Up For Change” the past two years with other NBA and WNBA teams calling for racial equality and social justice. Last year, the Kings visited a prison with the Milwaukee Bucks in Folsom, California.

“When I first started saying the perfect situation, I was thinking basketballwise,” Haliburton said. “But ever since I’ve learned more about the organization, off the court is also the perfect spot, because … the organization is very outspoken about things and I feel like me going into the NBA, the NBA is probably the best, or if not the best, second-best to the WNBA in coming out and speaking out about issues.

“So, not only do I play in one of the best leagues in the world, but more than anything I play in the best organization when it comes to speaking out about social justice and things like that. I love that they allow me to do that, and it was never a conversation that I never asked them permission or am I allowed to speak on this. They just allow me to speak my mind and be myself.”

The 6-foot-5 guard said he has also been inspired by how Los Angeles Lakers star LeBron James and boxing legend Muhammad Ali have used their platforms.

“LeBron was my favorite player. So hearing him be able to speak about issues and things like that, inspired me as a young kid to talk about what’s important and talk about what’s right,” Haliburton said. “So I knew when I got to this level that I wasn’t going to shy away from things like that just because I looked up to him growing up and then just being a historian of sports, you know, like Muhammad Ali, one of the greatest athletes ever, he wasn’t shy about speaking his mind either.

“So for me, it was something that I could not not do. With the spotlight on us as athletes, a lot of times we’re looked at to be the ones who have thoughts. And now it’s kind of become the social norm for us professional athletes to have opinions about politics. It’s not like we can really hide it anymore like they could back in the day or whatever. So, I’m going to come out and speak my mind about things that are going on and I’m not going to shy away from those things, because that’s the time that we’re in and how I was raised.”

On Friday, Haliburton and forward Glenn Robinson III will take part in a conversation hosted by the Kings about being Black men in America, the power of athlete advocacy and the public’s role in building empathy. Haliburton has also been supporting small businesses in Sacramento during the pandemic. 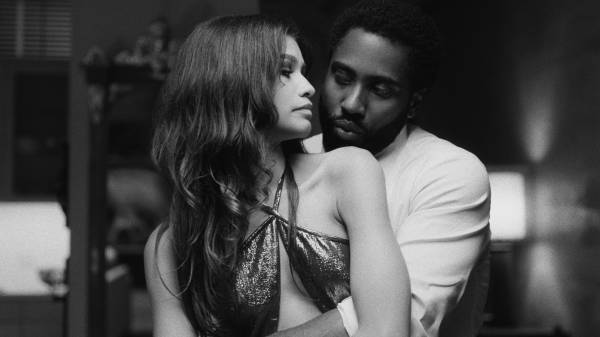 “Everybody knows now I’ve kind of been underrated, overlooked my whole life,” Haliburton said of the early recognition. “So, it’s cool to know that there are people out there who support me. Yeah, I think that’s awesome, but I’ve worked so hard for this. It’s just kind of cool to see everything kind of come together, but I do know that this is a long season, so I’m just trying to build every day, get better every day.”

Barnes says the future is bright for Haliburton.

“Ty has that ‘it’ factor. It’s impressive at his age the poise he plays with and how he makes his teammates better,” Barnes said. “He’s going to be special in this league for a long time on and off the floor.”