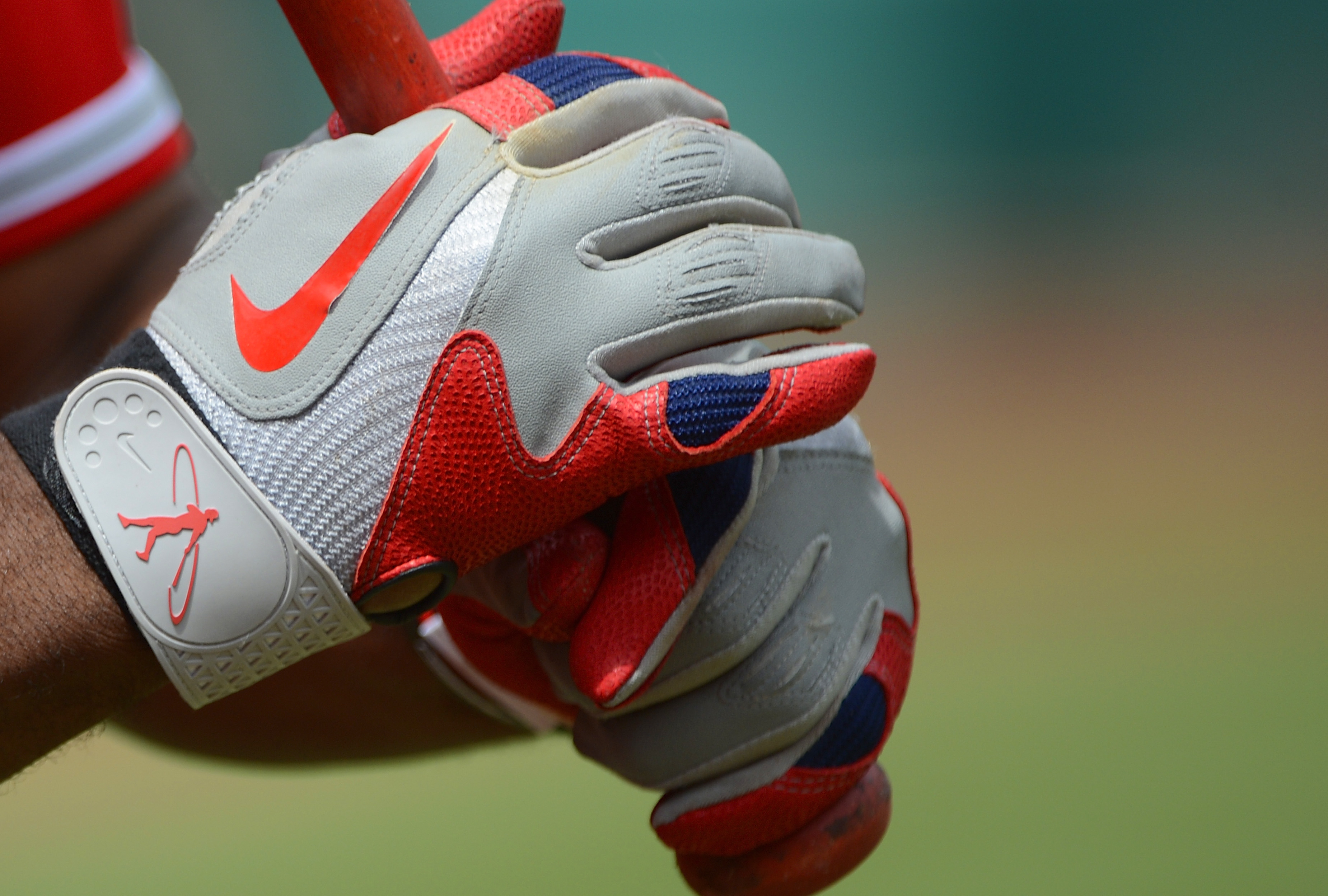 SAN DIEGO — Before the 2022 season, it was the definitive moment in the history of the Seattle Mariners. It was one of the most dramatic playoff games in MLB history and to this day, it’s the kind of thing they show annually on regional sports networks in the Pacific Northwest. If you ask the man who was the star of the show, he might tell you it was the most exciting moment of his career.

For Ken Griffey Jr., the look of elation on his face after knocking out the New York Yankees and sending his squad to the American League Championship Series in 1995, is etched in the baseball memories of a generation. Next year, at the All-Star Game in Seattle, the MLB, the Major League Baseball Players Association and Griffey will launch the inaugural HBCU Swingman Classic, the league announced Tuesday. Fifty Division I athletes will take part in the All-Star experience as part of a program that will also showcase the history of baseball programs at historically Black colleges and universities (HBCUs).

Short version: It’s the closest thing we’re going to get to a Black college baseball all-star game. The best part? It was Griffey’s idea to bring it to the All-Star Game, where he first broke many old-school baseball brains by wearing his hat backward in the Home Run Derby.

Now, that swag is something he’s bringing back.

“I am excited to help these kids get the national attention that they don’t receive compared to other college baseball programs. Over the years, we have seen the decline of African American players, not because they don’t want to play, but rather because they haven’t been seen,” Griffey said in a statement with MLB and the MLB Youth Foundation. “College scholarships for baseball are not comparative to other sports, and a lot of families cannot afford to pay the difference. So, this effort is the industry coming together to give these kids an opportunity to play the game they love on the national stage. Financial restrictions prevent them from going to schools that give more exposure. The HBCU Swingman Classic will try and close that gap.”

It’s not only a welcome addition to the showcase events of the week besides the Midsummer Classic, it makes sense developmentally for everything the league has tried to do with its youth development program. Once the bigs started taking at least small steps to identify, provide access to, develop and propel young talent in baseball and softball, their efforts bore fruit.

“We think it’s important to highlight the relationship that we want to establish with HBCUs,” said longtime MLB executive Tony Reagins. “We already do the Andre Dawson Classic in February at the start of the college season. But we wanted to make sure that we put these kids in a situation where, one, they can be seen by pro scouts. Two, give them an opportunity to be mentored, see opportunities within the industry if they don’t make it to professional baseball. There’s going to be a whole kind of platform for these kids to engage with Major League Baseball, whether it be on the field, playing the games at All-Star Week or interacting with the 30 clubs in terms of what opportunities are there for them in the club.”

It may be difficult for the average MLB fan to understand, but if you follow the unforgiving world of travel ball and showcase circuits, the chase for eyeballs is ever present. In many ways, the whole dream is sold based on the notion that you might get seen to play at the next level. That mentality filters down to every part of the game.

In practice, it means that the same systems of coaches, players, their pipelines and their favorites tend to win out, socially as much as anything competitively. The constant refrain of “where are the Black players” is often stuck at the big league level, but the damage or rather, the demoralization can happen way before. If nothing else, programs such as the Reviving Baseball in Inner Cities program, the Elite Development Invitational, the Dream Series, the Hank Aaron Invitational, etc., give us a chance to put real faces to names in the game.

Griffey never played college baseball. He didn’t need to. From his rise as Gatorade High School Baseball Player of the Year in 1987 to his first major league at-bat, a double, just a few short years later, the joie de vivre he brought to the game is legendary. He was a marketer’s dream. A gifted athlete who could both hit the ball out of the park and keep the ball in the park with his glove, his game and signature swing were unmistakable. His approach to the game could best be described by a word I almost never use because it’s too loaded: pure.

He’s got a hand in every part of this operation, from programming to uniforms. The guy who had his own Nike signature baseball shoe, never mind countless other endorsement deals, is picking the uniforms you get to wear at All-Star weekend where he was a mainstay for a decade? That’s about as cool as it gets.

“To come there with that experience, stay in a big league hotel, have a chance to do some philanthropic and educational activation, and then play the game on the biggest stage on the MLB Network,” said Del Matthews, vice president of baseball development for the MLB, whose work in this particular case, like with many things, is fueled by his personal experience.

Matthews, the son of big leaguer Gary Matthews, did play at an HBCU. He remembers his time at Texas Southern University with pride. In an era in which the discussion about the importance of Black schools versus predominantly white institutions has people arguing all over the place, particular in the Southwestern Athletic Conference where he played, it was important for him to finally complete the task of showing kids who deserved it what it looks like at the top.

“And so, I got introduced to that early on, but at the end of the day, it either makes or breaks you and the singing of the songs and just the culture and the pride that comes with going to an HBCU, the fraternities, the sororities, homecoming, all of that. I mean, it’s all baked into that experience. And so, we’re going to get a little taste of it through this event, and we’re going to try and do it in true HBCU fashion, and bring some of that love and that flair to the big stage.”

On top of all that, there’s the main thing that comes with any HBCU-related experience: camaraderie. As an experience, things like this allow players a chance to not only potentially be seen by other scouts and coaches, but to meet each other, too. As lonely an experience as a baseball life can be, it’s especially tricky if you feel isolated.

“I think building camaraderie is a key theme that we do through all of the events. And so again, this takes it to the next level. A lot of these kids get a chance to compete against each other at different schools, but they don’t spend time with each other,” Matthews explained Monday afternoon at the MLB winter meetings. “It really just builds upon that friendship and that thread of being an HBCU student-athlete, something they all have in common. And these are lifelong friendships that some of these young student athletes will have. And that’s part of baseball, that’s part of what happens through the game and through different generations.” 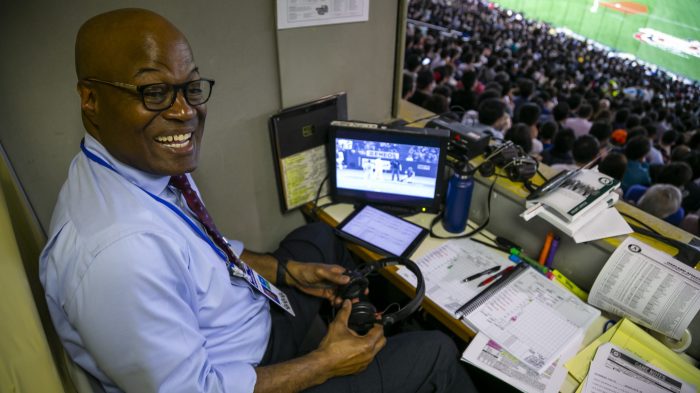 ‘It’s what we all aspire to be’: Dave Sims is a beacon in broadcasting, an icon in SeattleRead now

Meeting a family who’s had the privilege of its kid attending one of the MLB Youth Foundation’s advanced experiences lets you know just how much it means to them and the kids who get an opportunity to participate. It’s quite a step forward in the fun department for a program that was focused on development for a good reason. But ultimately, it’s baseball — which is why these kinds of collaborations make sense. It’s possible to do the right thing and have a good time at the same time.

What’s ultimately most enjoyable about all of this is that we aren’t getting the usual historical tale around what we used to do. Just like when Griffey played, what’s happening now is plenty dope, as evidenced by everything from the logo to the promotion of this event. This is all very much happening in the now.

Just go have fun, be yourself and let people see you. It’s all Black athletes have asked of the game since forever.

“[Being a] Little more edgy, the Junior and Swingman brand is still kind of iconic in not only the Black community, but in baseball in general,” Reagins said. “So Kenny had a whole lot to do with the design of the brand, the design of the uniforms, and he put his stamp on it. Got Nike to jump on board and do what they do.

“Junior is at the forefront of this thing. He’s passionate about it and he knows how important that HBCUs are. There’s so many really talented players that have played the game when you talk about grit.”

Clinton Yates is a tastemaker at Andscape. He likes rap, rock, reggae, R&B and remixes — in that order.