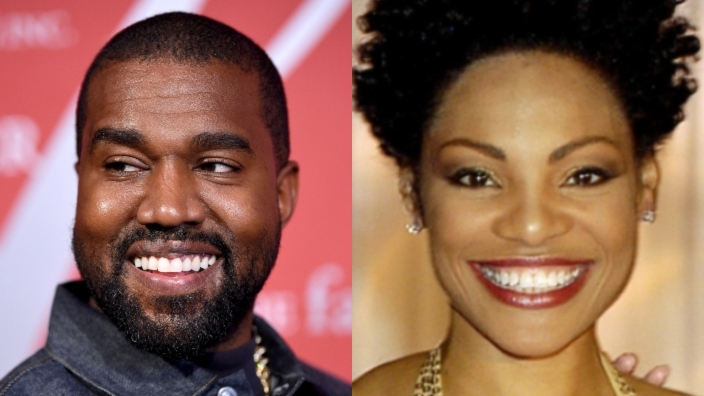 A publicist who formerly worked for Kanye West is being disavowed by the superstar rapper-producer’s camp. A spokesperson told Reuters that Trevian Kutti was “not associated” with West when she visited an election worker in Georgia demanding that she admit to committing voter fraud in the 2020 election.

As previously reported, Kutti met with Ruby Freeman, 62, in January and warned the election worker she would be arrested in 48 hours if she didn’t confess to bogus claims leveled at her by former President Donald Trump that she committed election fraud.

Kutti told Freeman she came on behalf of a “high-profile individual” to help her amid threats of violence leveled at the grandmother and her family. Trump dragged Freeman into his election fraud claims when he accused her and her daughter, Wandrea “Shaye” Moss, of secretly counting illegal ballots.

Reuters recently released a video of their meeting.

Pierre Rougier, a spokesperson for West, said in a statement to Reuters on Sunday: “Trevian Kutti was not associated with Kanye West or any of his enterprises at the times of the facts that are reported in these articles or since these facts occurred.”

According to Reuters, Rougier did not answer additional questions, including one on the nature of West’s relationship with Kutti.

Reuters reportedly identified Kutti as a member of “the Young Black Leadership Council under President Donald Trump” on the biography of a business networking group called Women’s Global Initiative.

The now-removed bio stated that in Sept. 2018, Kutti was “secured as publicist to Kanye West,” and “serves as West’s Director of Operations.”

Freeman and Moss have reportedly been harassed with hundreds of threatening calls and messages since last December, right after the 2020 election, when former Trump publicly accused them of opening “suitcases” of fake ballots in the state of Georgia, which dramatically flipped blue for Joe Biden in 2020.