By the end of the 2020 NBA Finals, Jimmy Butler made a point that he was one of the best players in the league.

So how much has life changed for Butler since leading the Heat to the NBA Finals and taking his stardom to greater heights?

“I do the same stuff, bro. I won’t even lie to you,” Butler told . “People may know my face a little bit more. A little more business here and there. But me as a person, I just want to make some coffee, play dominoes, drink a beer here and there and a lot of wine on the way. And helping as many people around my people.

“That’s me in a nutshell, before the bubble, during it, coming out of it. That’s who I am.”

Butler’s increased visibility has led to more off-the-court opportunities. On Wednesday, it was announced that Butler entered into a multiyear partnership with Rhone, a performance lifestyle brand, where he’ll serve as an investor, business partner and creative collaborator. Butler, who also plans to collaborate with Rhone on youth basketball camps once the pandemic subsides, is excited about his role, which includes a stake in ownership.

“I put a couple dollars in, but that’s just to show how much I believe in what we’re talking about and how much I believe in helping people along the way,” Butler said. “I get an opportunity to do what I think my version of making the world a better place is and helping people in the communities that I love so much, that’d be in Miami, Chicago, California, Houston, all of these places, Africa coming soon.”

Butler made it known last season in the bubble in Orlando, Florida, that he views himself as no different from any other African American. To make his point, he wore a Heat jersey with no last name on the back during a game against the Denver Nuggets on Aug. 1. But before tipoff, the referees made Butler change into a jersey with his last name.

“It was a great decision,” Butler said of his social justice message. “I’m still no different than anybody else. … You may see my face here and there, know my name because of the team that I played for, I’m still an African American male at the end of the day. And I will always be that. I’m proud to be that.”

In the wake of the killings of George Floyd and Breonna Taylor by police last year, Butler was among the NBA players who were vocal in their fight for social justice in the bubble.

NBA players have continued to show their commitment this season. On Monday, the National Basketball Players Association tweeted out a phone number asking fans to call their senators to urge them to vote to pass the George Floyd Justice in Policing Act. Butler expressed optimism that NBA players will continue to use their platform to make social change.

“It’s still very relevant and still very real,” Butler said. “We’re still fighting for all the right things for everybody. Not just for Black America, but for every person of color, and makes sure that everybody is treated equally. It’s a real fight and we do have a long way to go, but we’re taking steps in the right direction.”

Butler and the Heat entered Tuesday’s game against the Boston Celtics with a 37-31 record, having won nine of their last 12 contests. Miami could enter the playoffs as high as the fourth seed in the Eastern Conference or drop into the play-in tournament.

The Heat need to regain their dominant play from last year’s bubble if they are going to be a postseason power against the likes of the Philadelphia 76ers, Brooklyn Nets and Milwaukee Bucks.

“I know where we stand. We just got to go out there and show it,” said Butler, who is averaging 21.6 points, 7.0 rebounds and 7.2 assists this season. “I’m tired of talking about it. … Everybody wants to know, but I can say all the right things. But unless we go out there and do it, none of it even matters.”

It’s safe to say that Butler is known to have a similar fire to the late Kobe Bryant’s renowned “Mamba Mentality.” With Bryant entering the Hall of Fame on Saturday, Butler said he most recalls the five-time NBA champion’s competitive spirit and will to win at all costs.

“I loved that about Kobe,” Butler said. “He was always growing in every aspect of life and the game, learning languages, shooting with his left, shooting the 3 … he was so complete. So ahead of everybody else in all aspects of the game and just incredible. It’s kind of hard to even put words to what he did because everybody wanted to be like Kobe.” 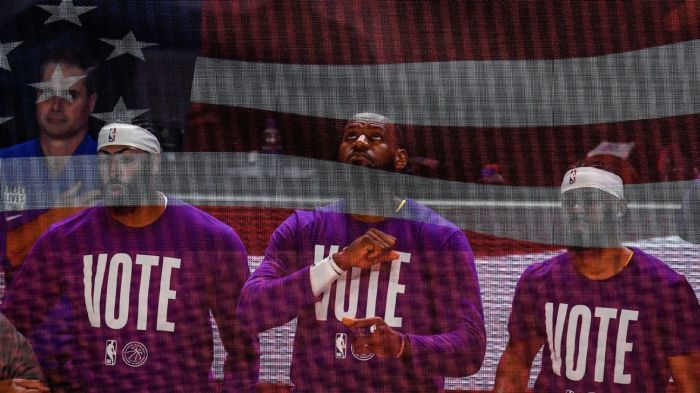 Butler, who is 31 years old and at the peak of his career, also has the potential to become a member of the Basketball Hall of Fame one day.

He has a lot of respect for the 2020 Hall of Fame class, which also includes former NBA stars Tim Duncan and Kevin Garnett.

“Obviously, they’ve done a lot for the game of basketball,” Butler said. “And when you talk about the greats, their names will be spoken. … If you go back and watch the highlights and knowing what they did, the champions that they were, and how they carried themselves, man, it’s really impressive territory to be going up against each other so very often as they were doing with so many other supertalented guys around the league and still being the best, man.

How Russell Westbrook, Stephen Curry and Chris Paul are walking the path of giants Read now

“It’s really hard to do for so many years. I respect it. Much deserved to all of them. And now you got everybody else trying to get on the same page as they are, so they set the bar extremely high for guys to try to get up there with them.”