Jay-Z Hired A Private Investigator In Breach Of Contract Lawsuit

If there’s one thing we’ve learn in the 25-year-and-counting career of Shawn “JAY-Z” Carter, it’s that he’ll always be the one with the last laugh — Dame Dash, Jim Jones and especially Nas can attest to that!

It appears that a former business associate of his didn’t exactly get that memo following reports that Hov got a private investigator to obtain evidence in a current lawsuit that may see the court siding with the 4:44 hitmaker when it’s all said and done.

The situation stems from a breach of contract lawsuit sparked by a 2016 endorsement deal that Jay-Z was developing with a perfume brand named Parlux. The fragrance brand says Hov breached his contract by backing out after receiving $2 million in royalties, but the Roc Nation founder insists that it was Parlux that actually was the one who breached their own obligations. The label is seeking $18 million in damages.

Here’s more on how Mr. Carter may have debunked the claims from Parlux’s ex-CEO Donald Loftus, who used health concerns and a fear of catching COVID-19 as a way to avoid testifying in-person for the lawsuit, via Rolling Stone:

“Donald Loftus, the ex-CEO of Parlux, cited health problems and fear of COVID-19 in his bid to avoid testifying in person at the trial. But the former NYPD sergeant Jay-Z hired snapped Loftus walking in Manhattan without a mask, boarding multiple MTA buses, shopping inside an Upper East Side grocery store, and standing in a crowd at the recent Pulaski Day Parade, according to an affidavit filed late Friday and obtained by Rolling Stone. The gumshoe also claims Loftus “frequently” dined at a neighborhood restaurant and wasn’t opposed to eating indoors, at least according to one employee’s account included in the affidavit.”

Jay-Z hit Parlux with a countersuit of his own, saying the brand failed to provide accounting reports, business plans, adequate promotional resources, and royalty payments for the proposed “JAY-Z GOLD” fragrance, according to RS. His famous lawyer, Alex Spiro, even claimed in his filing that Loftus should be more than capable of attending an in-person trial being that he “is living his life as if it is 2019.”

Although the “JAY-Z GOLD” fragrance is pretty much a dud, take a look below at what could’ve been:

Beyoncé & Jay-Z Use Their New Tiffany & Co. Partnership To Create A $2 Million Scholarship For HBCUs 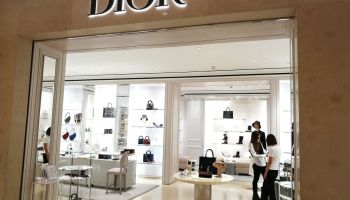 
Jay-Z Hired A Private Investigator To Find Evidence In Breach Of Contract Lawsuit
was originally published on
blackamericaweb.com