Why Does Carmelo Anthony Think The NBA Is Working With Feds?

Jason Mitchell‘s next movie project will have him taking on the role of Sean Bell, the New York City man who was brutally killed by police in Jamaica, Queens, just hours before his wedding in 2006.

According to TMZ, Mitchell will executive produce the movie along with Tru of TruVision Films. The movie has been in development for three years and will be filmed in Queens. At first, Mitchell read for the part of one of the undercover cops. However, after taking in the script, he immediately requested the role of Sean Bell because he wanted to help tell his story.

Mitchell confirmed the news on his Instagram page, writing, “I’d like to give thanks to God.. the Bell family and my f*cking guy @truvisionsfilms This is about to be epic.”

Sean Bell’s family has been heavily involved with the project, especially Bell’s father, William. TMZ sources say Williams has talked to Jason almost every day since he took the role.

Bell was killed in 2006 after he had just finished celebrating his bachelor party at a strip club with his dad and two friends. Plainclothes and undercover cops investigating the strip club for prostitution opened fired on the vehicle Bell and his friends were in, believing the group was armed.

They were not armed, however, and Bell was killed at just 23 years old. Cops fired 50 bullets during the incident, which inspired the title of the upcoming movie called “50 Shots”. Four years after Bell’s death, New York City settled with Bell’s family for $7 million. However, three of the cops who opened fire were fully acquitted after going to trial for manslaughter, assault and reckless endangerment charges.

Mitchell will take on the Sean Bell role amid an already controversial career. The 33-year-old had his breakthrough role playing rapper Eazy-E in the 2015 movie “Straight Outta Compton”. He also took on memorable rolls in the 2017 movie “Mudhound” and the ongoing 2018 Showtime series “The Chi”.

However, in 2019, Mitchell was fired from “The Chi” after he was accused of inappropriate behavior by then co-star Tiffany Boone and season two showrunner Ayanna Floyd Davis, according to The Hollywood Reporter. This resulted in Mitchell being let go from future projects, including the scheduled Netflix western “Desperados”. His agency and management team also dropped him.

In a 2019 interview with “The Breakfast Club,” Mitchell claimed there was “no situation” between him and Boone. However, he apologized if he ever made anyone feel uncomfortable. “You know I definitely never put my hands on somebody or anything like that. But I think it was just sort of a series of events that led to things kind of being weird between us,” he said.

Boone eventually spoke out about her departure from “The Chi” in a February Instagram post. She didn’t get into the specifics of her relationship with Mitchell. She only detailed her experience working on the show in general. “I quickly realized that not everyone was interested in creating a work environment that was conducive to each person feeling safe, seen, and heard,” she wrote. “I felt that if I didn’t speak up, other voices that were trying to be heard would be silenced. After additional conversations with HR, I asked to be released from my contract.”

Mitchell was also arrested on felony drugs and weapons charges back in April. According to TMZ, cops said he “had two pounds of marijuana and 1,300 doses of MDMA in his GMC Yukon during a traffic stop.” Law enforcement said the marijuana and ecstasy were packaged in a way consistent with a mid-level distribution operation.

Mitchell’s representative called the Mississippi incident a “misunderstanding” that will be “resolved shortly.” Mitchell’s agent, Dr. Glenn Toby, later told TMZ that the vehicle the actor was driving when he was arrested didn’t belong to him — neither did the guns, two pounds of marijuana and 1,300 doses of MDMA cops found. He claims Jason was driving a friend’s rental car to escape with his immediate family to a safer shelter-in-place spot during the coronavirus pandemic. Mitchell’s agent said the actor was using a friend’s rental instead of hiring a car service because he feared COVID-19 exposure.

There’s no word on how the recent allegations against Mitchell have affected the production for the Sean Bell movie. 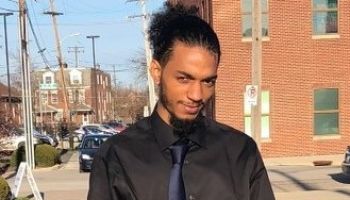 Why Does Carmelo Anthony Think The NBA Is Working With Feds?