He laughed with athletic director Ashley Robinson and posed for pictures.

He returned a third-quarter interception five yards for a touchdown to break open a close game before a crowd of 50,128 at Mississippi Veterans Memorial Stadium on Saturday.

It was JSU’s school-record 11th win.

They will play South Carolina State in the Cricket Celebration Bowl on Dec. 18 in Atlanta as the Southwestern Athletic Conference (SWAC) representative.

“Everybody didn’t believe. High school guy. Pro experience. Knew the game, but you didn’t understand what I was capable of,” Sanders said.

“It’s not arrogant. It’s not cocky. It is what it is — do not let my confidence offend your insecurities in here today. I promise you we believed. The inner core. The nucleus of this team believed we’d be sitting right here today in this moment. We really did.” 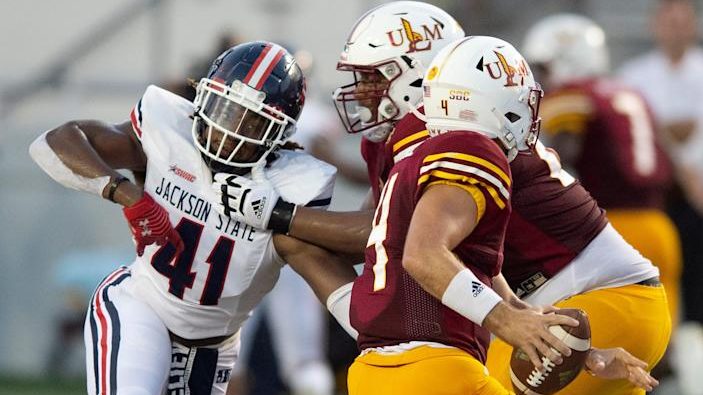 After switching to defensive end, James Houston has become one of nation’s top sack leadersRead now

Robinson hired Sanders to return the program to the glory days it had under former coach W.C. Gorden.

“It meant a lot. It was huge. It brought tears to my eyes,” Robinson said of sharing the final minute on the sideline with Sanders. “I was thinking about all the things we’ve been through since 2018 — the good and the bad.”

Sanders changed all that with an infusion of swagger and talent.

He used the transfer portal and the best FCS recruiting class to end JSU’s string of six consecutive losing seasons.

He did it by recruiting his son, Shedeur, one of the top quarterbacks in the country, to provide stability at the game’s important position.

All he did was throw for nearly 3,000 yards with 28 touchdowns and six interceptions as a freshman quarterback. 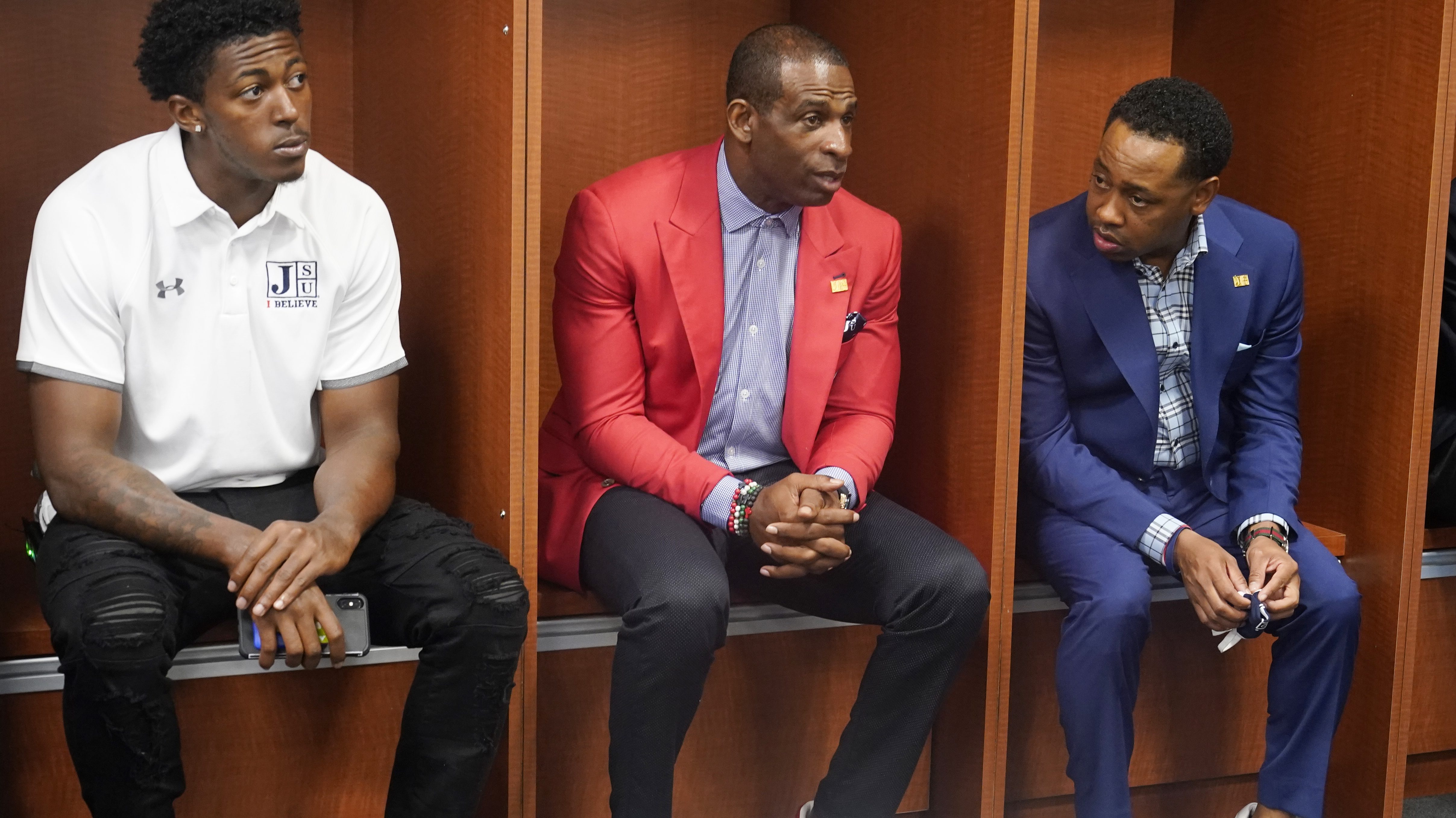 But the story of this season has been JSU’s defense.

It finished fourth in the nation in total defense (258.3 yards a game) and scoring defense (13.8). It led all FCS schools with 49 sacks, 11 more than Harvard, which finished second.

They did it with a litany of transfers, highlighted by Houston, SWAC Newcomer of the Year.

He made the game’s biggest play with 8:20 left in the third quarter when he made a juggling left-handed interception on a screen pass and returned it for a touchdown that gave JSU a 20-10 lead.

“It was over at that point,” Sanders said. “Do you know how hard it is to come from 10 points down against us?”

Houston, a graduate transfer from Florida, entered the championship game with 20.5 tackles for loss (fourth in the country), 14.5 sacks (second) and seven forced fumbles (first).

Thurman, who played nine NFL seasons for the Dallas Cowboys and St. Louis Cardinals, coached in the NFL for 14 seasons.

“DT has been unbelievable man,” Sanders said. “… Dennis Thurman, Jeff Weeks, Andre Hart, Kevin Mathis. These guys are good. They study their butts off and they make these guys change gears. You gotta go into halftime and come up with something new and oftentimes that’s not done.”

Thurman has conducted the defense superbly all season.

He did it again against Prairie View A&M, attacking the Panthers’ four- and five-receiver sets with pressure.

Even when quarterback Jawon Pass had receivers open, the Louisville transfer didn’t have time to step up in the pocket and hit them.

He threw three interceptions and lost a fumble against the Tigers.

He was benched after the Houston interception.

According to ESPN Stats & Information, Jackson State pressured Prairie View A&M quarterbacks on 33% of their dropbacks (14-of-42), not including the touchdown pass thrown by wide receiver Ty Holden in the first half. Pass and Trazon Connley struggled mightily against the Tigers’ relentless pressure, failing to complete a single pass when they were pressured.

“I think they have a great defense, but we blew some opportunities,” Prairie View A&M coach Eric Dooley said. “I can see it like it just happened.

“No. 82 should’ve had three touchdowns, but the quarterback has to deliver and the line has to protect.”

They couldn’t do either consistently, so JSU is going to the Cricket Celebration Bowl.